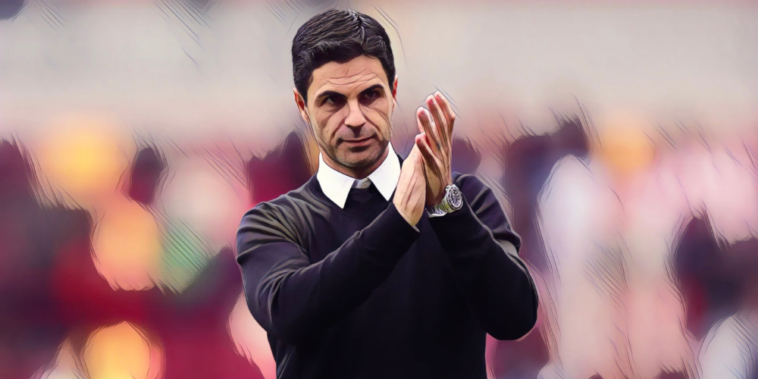 Mikel Arteta has discussed Arsenal’s impressive form and says he is ‘happy and proud’ with the improvement of his side.

Arsenal take on Liverpool in this weekend with the Gunners top of the Premier League table after a strong start to the season. Arteta’s side have won seven of their eight league games, having beaten Tottenham in the north London derby last weekend.

Arteta opened up on the progress of his team and admits he has been pleased with Arsenal’s development and the improved atmosphere around the Emirates, but insists the measure of his side will be an ability to win trophies.

“I am really happy and proud for the change of dynamic and how the atmosphere is around the club. Looking ahead again at where we want to be…we are not there yet,” Arteta told his pre-match press conference.

“How you measure success is lifting trophies but as well you have to understand where we were and how fractured the club and the environment looked. How it looks now is a credit to everyone.”

Liverpool arrive in north London this weekend after a mixed start to the campaign. Last season’s runners-up are ninth in the Premier League and have won just twice in seven fixtures this season.

However, Arteta insisted that the achievements of Liverpool in recent seasons prove the Reds will provide a tough test this weekend.

“I’m not here to judge what Liverpool are,” Arteta continued.

“What they have done in the last five years does not need any presentation it is clear they have been up there in every single competition.”