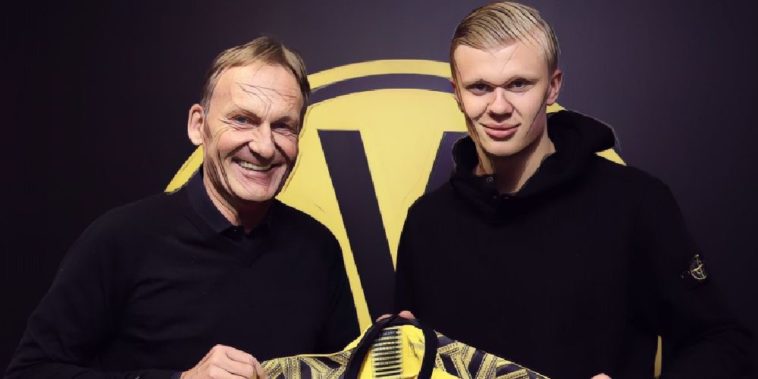 Erling Braut Haaland has revealed what ‘triggered’ his decision to ignore offers from elsewhere across Europe and sign for Borussia Dortmund during the January transfer window.

The teenager emerged as one of the most in-demand players in world football following a stunning first half of the season with Red Bull Salzburg, the 19-year-old scoring 28 goals in all competitions including eight in just six appearances in this season’s Champions League group stages.

Haaland’s performances attracted interest from a host of clubs across the continent, with both Manchester United, Juventus, and Red Bull Leipzig having been amongst the frontrunners to secure his signature before his decision to sign with Dortmund.

Having agreed to join the Bundesliga side in a deal worth a reported £18m, Haaland has now revealed that the club’s clear vision for his role and career was the major factor in persuading him to ignore opportunities elsewhere and move to Germany.

“The club said directly: ‘We need you up front. We like your playing style and we want to have you here’,” Haaland told BVB.TV.

“I liked how they spoke to me then and that’s what triggered me. That’s when I felt that me and Dortmund was a good match.”