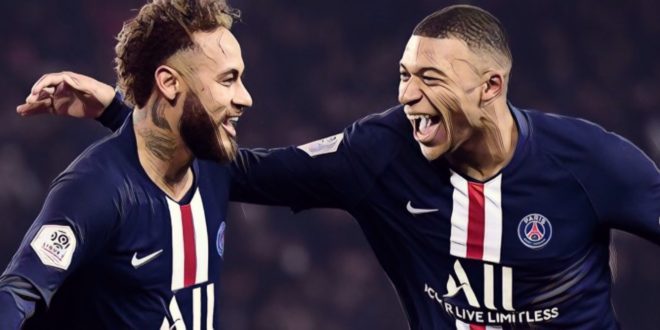 Rating the five most expensive U21 transfers in football history

The stratospheric fees once restricted to top-end, proven talent are no more, major clubs now often prepared to spend big on emerging youngsters in a gamble to secure the next superstar of the game.

We’ve decided to look back at some of the priciest prospects of years gone by, here are our ratings of the most expensive U21 transfers in football history…

The midfield metronome at the heart of Ajax’s surprise run to the Champions League semi-finals last season, De Jong’s talents had long been admired from afar and it would be Barcelona who would win the race to secure his signature, securing the young Dutchman on a pre-contract agreement in January 2019 before he headed to the Camp Nou last summer.

At surface level rarely has a player looked more suited to his future destination, De Jong following in a long line of players built in the style of former Ajax and Barcelona great Johan Cruyff.

A versatile playmaker, De Jong’s ability to retain and recycle possession makes him a superb fit in the heart of the Catalan side, the now 22-year-old quickly establishing himself in Ernesto Valverde’s side and drawing comparisons with Barca greats Xavi and current teammate Sergio Busquets.

De Jong’s career in La Liga may be less than a year old, but he has already shown signs of being a key component of the side for seasons to come.

One of a long list of South American talents to emerge from the continent amongst much hype, Neymar would be chased by almost all of Europe’s leading clubs before opting for Barcelona in 2013.

The effortlessly talented forward had scored prolifically in his homeland and had long been tipped for the very top of the game, twice being named as South America’s Footballer of the Year.

His move to Europe and Spain would prove a huge success, following a season of adaptation in which he scored 15 goals with a haul of 39 in all competitions the following year, forming a devastating forward partnership with Lionel Messi and Luis Suarez as Barcelona completed a continental treble.

In four seasons at the Camp Nou he would score 105 goals in just 186 appearances, winning a series of major honours including two La Liga titles and the Champions League. He would ultimately depart under a cloud for Paris Saint-Germain in 2017, the Brazilian the most expensive footballer in football history.

The third big-money Barcelona signing to make this list, Ousmane Dembele would head to Spain as part of the knock-on effect of the aforementioned Neymar’s move to PSG.

Left with a Neymar-shaped hole in their forward line and pockets stashed with cash, the Catalan side chose to part with an eye-watering €105m to sign the talented French winger from Borussia Dortmund, Dembele having joined from Rennes a year earlier and enjoyed a meteoric rise in his single season in German football.

Dembele had made the Bundesliga Team of the Year after providing 12 assists during that campaign, with Barcelona believing the Frenchman possessed the creativity from wide that would be absent following Neymar’s departure.

It has proven to be a frustrating time for Dembele since the move, however, the winger failing to truly establish himself as a key figure with injuries and inconsistency hampering his progress. Team success has come in the form of back-to-back league titles, but he continues to be linked with a move away from Camp Nou having failed to make a significant impact.

The most recent inclusion to this feature of expensive youngsters, Felix would join Atletico Madrid last summer as the most expensive acquisition in the club’s illustrious history.

The teenage forward had thrived since being handed his opportunity in the Benfica first-team last season, scoring 20 times in all competitions as the club secured the Portuguese league title.

His performances had not gone unnoticed amongst the elite of European football, though it would be Atletico who somewhat uncharacteristically took the plunge and activated his hefty release clause.

It’s been a slow adaptation to life in the Spanish captial, Felix scoring four goals in all competitions thus far, though he has shown glimpses of the talent that saw him secure the Golden Boy award ahead of the likes of Jadon Sancho and Kai Havertz last year.

The jury still remains out on whether his huge fee will be justified, but he certainly possesses the potential and promise to become a leading star in the near future.

The French phenomenon would burst onto the scene with an exciting, young Monaco side, winning the league title and reaching the Champions League semi-finals with the Ligue 1 outfit just over two years ago before a mega-move came calling.

Mbappe would choose to remain in his homeland and sign for PSG, initially on loan before joining for a staggering €180m, making him the second most expensive player in football history.

Since arriving in the capital the sublime talents of the forward have continued to flourish, Mbappe scoring 78 goals in just 106 appearances, winning back-to-back Ligue 1 titles and being named as the division’s Player of the Season last year in addition to winning the Golden Boot.

Remarkably still just 20-years-old, the youngster’s impressive haul already includes three league titles in addition to World Cup success with France, Mbappe becoming the first teenager since Pele to score in the final against Croatia in 2018.

Delivering a maiden Champions League success would give Mbappe full marks in our ratings, and he will undoubtedly have one eye on achieving that feat this season.