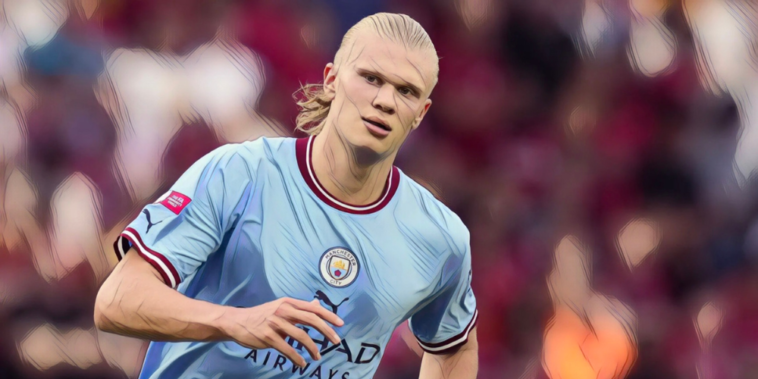 Erling Haaland says he is ‘hungry for goals’ as the forward prepares to make his Premier League debut for Manchester City this weekend.

Haaland signed for City in a £51m deal from Borussia Dortmund earlier in the summer and is in line to make his first Premier League appearance when the champions begin their defence of the title at West Ham on Sunday.

The Norwegian has arrived with a huge reputation after scoring 86 goals in 89 appearances across his two-and-a-half seasons in Germany, but the 22-year-old insists he can continue to improve at what he believes is ‘the best club in England’.

“(I can improve) everything. If you think I’m good at one thing, I can always get better,” he told Sky Sports.

“Part of the game is to get out of your comfort zone which is something I’ve been doing and something I like because then you develop more as a human being as well.

“The chemistry on the pitch with the other players is something that will come – I don’t know if it will take weeks, months, but this is something we have to build on every single day in training. At this high level, you also understand the people around you – he is good at this, he is good at that, he loves to play the ball there.

“I’m a player that’s hungry for goals, that gives 100 per cent, that wants to win every single game. They are simple things but also really important things.”