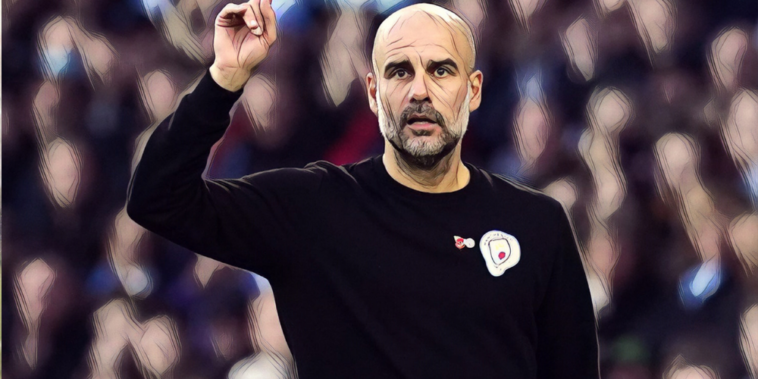 Pep Guardiola says Leeds are ‘one of the toughest opponents’ in the Premier League as Manchester City prepare to face Marcelo Bielsa’s side tomorrow evening.

City face Leeds at the Etihad this week with the visitors having struggled to replicate last season’s performances, having finished ninth during an impressive return to Premier League level in 2020/21.

Leeds’ strong season saw the Whites take four points from clashes with Guardiola’s side, including a 2-1 win at the Etihad – despite being reduced to 10 men in first-half stoppage time – as Stuart Dallas scored twice.

Bielsa’s side have failed to find consistency in their results this time around and have won just three times across their opening 16 games, though Guardiola is anticipating a difficult test against a side he describes as ‘completely different to other opponents’.

“Before, we played against them, we knew it, we felt it. It is one of the toughest opponents,” Guardiola said at his pre-match press conference.

“They play every week in a special unique way and we play against the special and unique way just two times a year. It is completely different to other opponents.

“They are going to play in a way we are not used to in these kinds of games. At the same time, it is at the Etihad, we know a lot of people will be there and we want to do a good game tomorrow.

“[Patrick] Bamford was injured for a long time now. [Kalvin] Phillips, too. A few important players. But if there is one person who doesn’t complain about what happens, it is Marcelo. He loves to work when the situation is tough.”