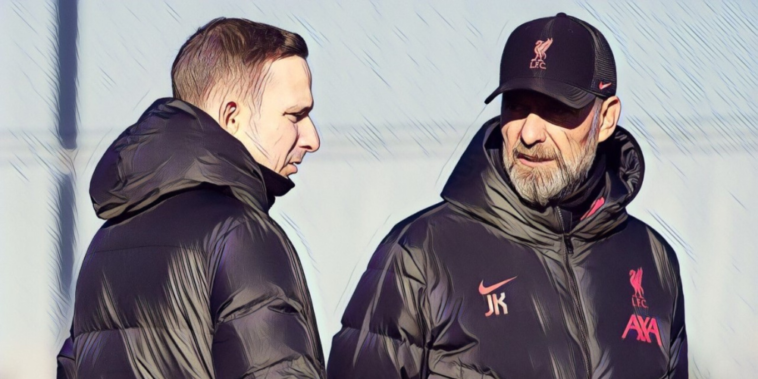 Pep Lijnders insists Liverpool are not out for revenge after being drawn to face Real Madrid in the Champions League’s last 16.

Liverpool will take on the European champions in a rematch of last season’s final. Vinicius Junior’s goal proved the difference in the final meeting in Paris, as Real claimed a 14th European crown with a 1-0 win at the Stade de France.

The first fixture between the teams this season will take place at Anfield on February 23, before Jurgen Klopp’s side travel to the Bernabeu for the return leg in what promises to be a fascinating match-up between the 2022 finalists.

Speaking ahead of Liverpool’s Carabao Cup clash with Derby County, Liverpool assistant manager Lijnders was asked for his view on the Reds’ reunion with Real. The Dutchman insists Liverpool’s focus will not be on revenge, but admits he is relishing the chance to take on the holders.

“I don’t believe in revenge,” said Lijnders at his pre-match press conference.

“It is a new season, new teams and a new moment. It’s the international Classico – two of the biggest clubs with so much history in the competition competing early in the knockout stages.

“I am proud we are again in the knockout stages and can’t wait to compete with them again. The fans expect us to be in these kinds of games, let’s hope we can create new memories – it will be a massive game.”