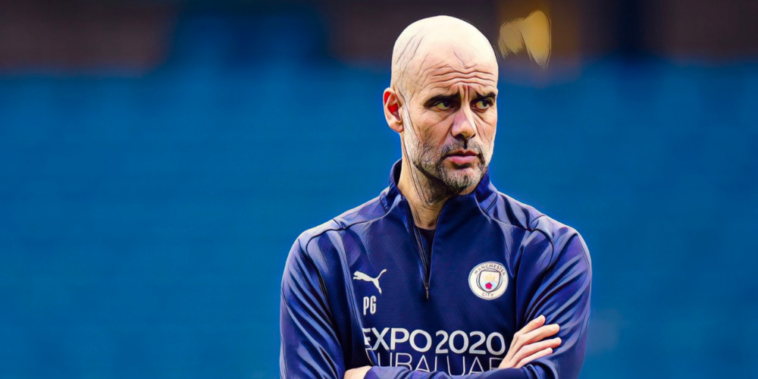 Pep Guardiola insists he is not thinking about the Premier League title ahead of Manchester City’s fixture with Newcastle this weekend.

City return to Premier League action on Sunday after the disappointment of a midweek Champions League exit, as Guardiola’s side crashed out of Europe in dramatic circumstances at Real Madrid.

City’s are four wins from retaining the Premier League and the league leaders hold a one-point advantage over Liverpool, though Guardiola insists there is no added focus from his side despite their European disappointment.

“The focus will be exactly the same because the potential final would have been after the Premier League. The Leeds game was difficult and after this we knew it would be four finals,” the City boss told his pre-match press conference.

Guardiola confirmed that Kevin De Bruyne is available to face the Magpies, having been substituted during the defeat at Real Madrid. The Spaniard revealed there was no fitness problem with the Belgian and that his decision to withdraw the influential midfielder was tactical.

“Kevin de Bruyne is available. He’s good. It was tactical [to substitute him against Real Madrid).”

Guardiola also discussed the reaction to his side’s Champions League semi-final loss and said there have been no extra words shared with his squad as the side look to bounce back.

“Nothing. No words can help to feel what we all feel. Just time, sleep as best as possible and think of the next target. On Saturday, we’ll be together and talk about who we are as a team and what we’ve done to get to the semi-finals of the Champions League. These are the moments I am most proud to be here.”