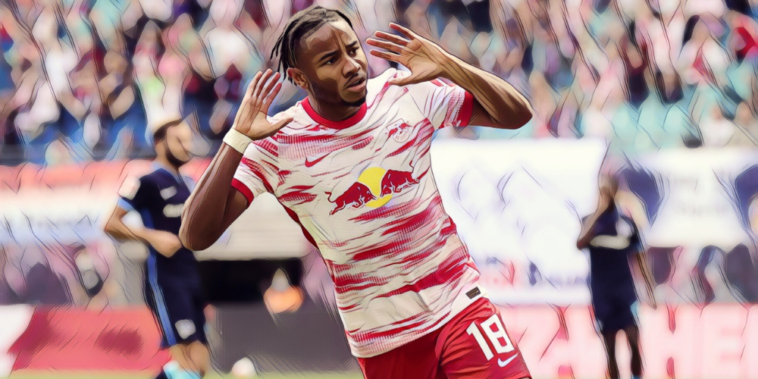 As we reach the conclusion of the Premier League season attentions will soon start to turn towards summer transfers.

English football’s huge wealth means Premier League clubs are at an advantageous position to attract top talent and there have already been several star names linked with big-money moves to the division.

As the transfer rumours begin to increase we’ve decided to look at five Premier League-linked names we hope make the move to England this summer.

Manchester City are believed to be closing in on the signing of Erling Haaland from Borussia Dortmund, in a transfer that will be the statement of the summer from Premier League clubs.

Pep Guardiola’s team lead the title race despite the lack of a recognised centre-forward among their ranks and the addition of Haaland – a talent who has averaged a goal-per-game at club level since signing for Red Bull Salzburg in 2018 – will be an ominous warning to both England and the rest of Europe.

Haaland has been a goal machine in recent campaigns and has set a whole host of goalscoring records, becoming the fastest footballer in history to reach 20 Champions League goals (14 games) and the youngest to finish as the competition’s leading scorer (2020/21).

The prospect of Haaland being provided service from the likes of Kevin De Bruyne and Phil Foden will be a frightening one for Premier League defences and in the 21-year-old City could secure their forward line for the next decade.

Given his current goal rate, future potential, and expected transfer to a side that creates chances at will, Premier League records could tumble should Haaland make an anticipated move to Manchester this summer.

Darwin Nunez is another forward who has captured the attention of Europe’s elite this season, following an explosive campaign at Benfica.

Nunez signed for Benfica in a club-record €20m deal from Almeria in 2020 and after a promising first season in Portugal has taken his output to new levels in 2021/22.

The 22-year-old – who was linked with West Ham in January – has scored 34 goals in all competitions this season, including netting six times during the club’s run to the Champions League quarter-finals.

🇺🇾 This is what Darwin Núñez is all about…

Nunez scored goals against the likes of Barcelona, Bayern Munich, Ajax and Liverpool, scoring home and away against the latter in the last eight with Jurgen Klopp among those to have lavished praise on the forward.

There’s been no shortage of Premier League rumours surrounding the Uruguay international, with Manchester United, Arsenal and Newcastle among those strongly linked with a summer move.

Nunez is unlikely to come cheap, but on the evidence of his exploits this season could prove to be the perfect long-term focal point for any of England’s elite.

Aurelien Tchouameni is understood to be on the wish-list of Premier League clubs this summer, having emerged as one of French football’s hottest properties across the past two seasons.

The Monaco midfielder was named as Ligue 1’s Young Player of the Season in 2020/21, after ranking second in the division for tackles won and fourth for interceptions.

Tchouameni has since broken into the France national side and has earned eight caps since his debut last year, with Didier Deschamps boasting vast riches in his midfield options for Les Bleus.

💪 Aurelien Tchouameni has made more tackles and interceptions combined (170) than any other player in Europe's top 5 leagues this season pic.twitter.com/Tw4TPFDjZ0

Manchester United are in the market for a defensive midfielder this summer and Tchouameni could prove a cheaper alternative to West Ham’s Declan Rice, though the Red Devils will face fierce competition with Liverpool, Chelsea, Real Madrid and Paris Saint-Germain all credited as admirers.

Fabrizio Romano recently confirmed Liverpool’s interest to the Anfield Watch, revealing the Reds are considering an approach for Tchouameni.

“Aurelien Tchouameni is certainly a player being monitored by Liverpool, who have had conversations with the agent of the Monaco midfielder,” Romano said.

“However, the €45 million price tag – set last summer – is no longer valid. A far higher offer will be needed to prise Tchouameni away from France.

“But the 22-year-old is planning for a different experience this summer and that is undoubtedly why Liverpool may be ready to make their move. However, Real Madrid have been following Tchouameni for some time, and the Reds will face competition from other top clubs interested in the French international.”

Lautaro Martinez is another name linked with filling forward vacancies at Manchester United and Arsenal, with each of the duo in search of centre-forwards this summer.

United have been over-reliant on a 37-year-old Cristiano Ronaldo this season and will embark on a new era under Erik ten Hag next term.

Arsenal, meanwhile, are facing the prospect of having just one contracted striker – Folarin Balogun – on their books next season as Alexandre Lacazette and Eddie Nketiah approach the end of their deals.

Lautaro Martinez has now scored 40 goals in 93 games across all competitions for Inter since the start of last season.

It's his ninth goal in his last 10 games. 💪 pic.twitter.com/n0jiWwjmel

Martinez would fit the bill as an elite addition to either side, with the Argentina international having been one of Serie A’s best forwards in recent seasons.

The 24-year-old has scored 70 goals in 177 appearances for Inter Milan and played a crucial part in the club’s drought-breaking title success in 2021/22.

Dynamic and tenacious in his work both on and off the ball, he could prove the ideal forward to set the tempo in a high-octane style. He has also proven at Inter Milan – starring alongside Romelu Lukaku during that aforementioned Serie A triumph – that he can be an effective partner in two-man forward lines.

Recent rumours have suggested Martinez, who has scored 19 goals in 37 caps for Argentina, would cost in the region of £60m-£70m.

Christopher Nkunku looks set to become the latest exciting talent prised from RB Leipzig after a phenomenal season for the versatile forward.

The 24-year-old has scored 31 goals in all competitions and provided a further 14 assists, whilst his versatility in being able to play across the forward line and in midfield will no doubt appeal to interested suitors.

Leipzig are anticipating interest in the Frenchman with Manchester United, Arsenal, Bayern Munich and Real Madrid all linked, though a reported £50m release clause in the forward’s contract does not become active until 2023.

Leipzig’s decision to move Nkunku into a more advanced area of the pitch has proven inspired, his goal return this season incredibly more than double the total he managed across the previous two seasons combined.

The Bundesliga side look set to make a huge profit on their €13m initial investment, having spotted the star’s potential as he struggled for opportunities at Paris Saint-Germain.

Having broken into the French set-up earlier this year, a big-money move could now beckon for a player who has enjoyed a career-best campaign in Germany.