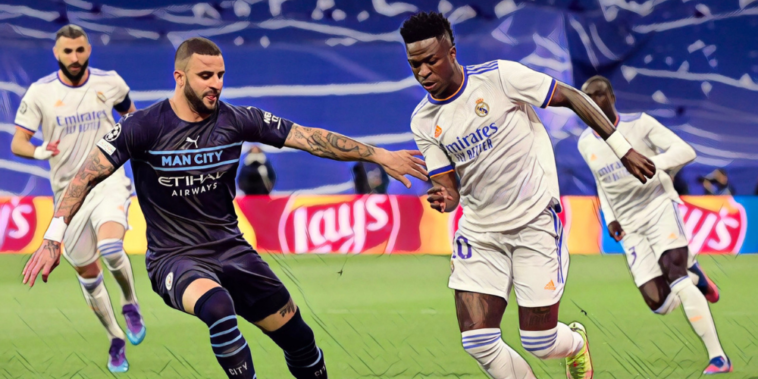 Following the Champions League semi-final second legs we look at four things we learned from the midweek action.

Diaz the difference maker for Liverpool

It’s funny how things work out in football.

But for interest from Tottenham in the winter window, Liverpool would have patiently waited until the summer before launching their move to sign Luis Diaz from Porto.

The North Londoners inadvertently accelerated interest from Anfield and it is a sliding doors moment which could have transformed Liverpool’s season entirely.

Luis Diaz is only getting started 😱 pic.twitter.com/jD8ZerA82K

Diaz has hit the ground running in the Premier League and produced another outstanding cameo from the bench at Villarreal, coming off the bench at half-time and acting as the catalyst for a comeback that sealed Liverpool’s place in the Champions League final.

The Colombian is electric in possession and tigerish without it, a footballer who has looked the perfect fit for a Jurgen Klopp team from the moment he first appeared in a red shirt.

His X-factor has added to a Liverpool side now in with a real chance of immortality this season, with FA Cup and Champions League finals looming, alongside a Premier League title race set to go down to the wire.

Villarreal far from a ‘disgrace’

Villarreal were branded a ‘disgrace’ last week as talkSPORT’s Jason Cundy took objection to the Spanish side’s pragmatic approach at Anfield, criticising the club’s lack of attacking ambition during their 2-0 defeat on Merseyside.

It was sensationalist drivel from the former Chelsea and Tottenham defender, who showed an ignorant lack of appreciation for the La Liga side’s achievement.

The second leg saw Villarreal ruffle the feathers of Liverpool to wipe out their two-goal advantage, the Reds rattled during the opening half in an atmospheric El Madrigal.

'Villarreal are a disgrace'

The opposite of a 'disgrace' 🙌 pic.twitter.com/UuDkE63EYq

Liverpool’s superior quality and resources ultimately shone through to emerge as 3-2 winners on the night and progress comfortably on aggregate, but huge credit should be shown to a side that has upset some of Europe’s elite this season to reach the last four.

Villarreal have reached the Champions League on just four occasions and have now twice reached the semi-finals, a huge achievement for a team that operates on a fraction of the funds enjoyed by much of their opposition this season.

Real Madrid – The kings of the comeback

Has there ever been a Champions League run quite like this one?

Real Madrid’s passage through the knockout stage has represented a Hollywood script, the protagonists dead and buried on several occasions before finding something within to emerge victorious.

The Spanish side are the first team to lose a match in each knockout round (0-1 vs PSG), (2-3 vs Chelsea) and (3-4 vs Manchester City) and still reach the final, having shown incredible will-to-win to reach a 17th European Cup showpiece.

Their latest comeback was a Champions League classic, as substitute Rodrygo scored twice in the 90th minute to force their semi-final with Manchester City into extra time.

90 – Rodrygo is the first player to score twice in the 90th minute of a UEFA Champions League knockout match. Bonkers. pic.twitter.com/drK2PKMqvR

The Brazilian became the first player to score twice in the 90th minute of a Champions League knockout game and his late, late, double set the foundation for Karim Benzema’s extra-time winner.

Carlo Ancelotti will now have the chance to become the first man to win four Champions League trophies as a manager and final opponents Liverpool should be wary of a team that has rode its luck and refuses to accept defeat.

Pep Guardiola gambled on the fitness of Kyle Walker and for the opening hour it appeared to be working, as the England international engaged in a fascinating duel with Vinicius Junior.

The live-wire Brazilian had caused problems for the Premier League champions during a chaotic first leg at the Etihad, but Walker’s athleticism was the perfect shutdown tactic.

Walker battled through the pain barrier until he could not continue and it is perhaps no surprise that Real Madrid’s comeback was staged after he left the field.

0 – Vinícius Júnior didn't complete any of his four take-on attempts in the first half (0/4), while Kyle Walker made more tackles than any other player (3). Guardian. pic.twitter.com/PpN9h2xYtA

The 31-year-old looked in pain at the time of his substitution and Guardiola will hope his gamble has not backfired and impacted the club’s Premier League title challenge.

In a Manchester City side full of fluidity, Walker’s recovery pace is crucial to the defensive dynamic of Guardiola’s game-plan and shutting down threatening transitions.

The prolific productivity of Trent Alexander-Arnold and Reece James has led to an endless debate on England’s best right-back, but Walker remains arguably the best option for Gareth Southgate defensively with his sheer athleticism enough to intimidate opponents.