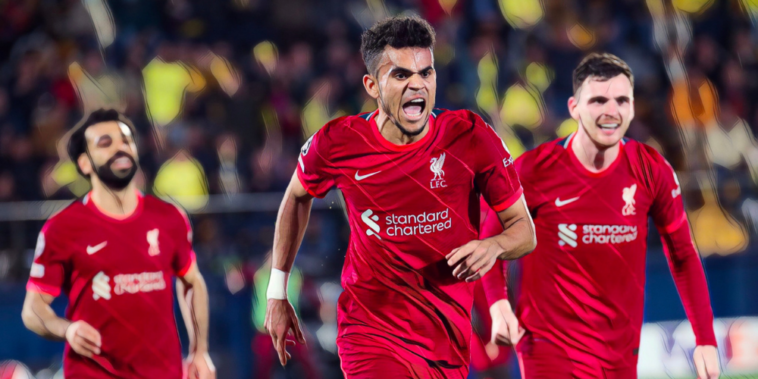 Jurgen Klopp has hailed Luis Diaz as a ‘world class player’ after the forward’s immediate impact at Liverpool this season.

The Colombia international has enjoyed a superb start to his career in the Premier League since arriving from Porto in January, scoring three goals and providing two assists in just eight league starts.

Diaz’s introduction off the bench helped Liverpool to a comeback win at Villarreal in midweek, scoring the equaliser as the Reds fought from 2-0 down to win 3-2 and reach the Champions League final.

Klopp admits he has been delighted with the 25-year-old’s impact and says Diaz is a player who can make ‘the difference’ for his side across the run-in.

“He made a real impact, in any squad in the world there’s enough room for a world class player,” he told his pre-match press conference ahead of Liverpool’s clash with Tottenham this weekend.

“That’s what Luis is, that’s why we were so desperate to get him and happy to get him. He makes all the difference.”

Liverpool had intended to move for Diaz in the summer, but interest from this weekend’s opponents, Spurs, accelerated the club’s interest during the winter window.

Klopp expressed his relief that Liverpool made their move early and discussed how Diaz has settled at Anfield despite the problems posed by a language barrier.

“Thank God we made that decision as he helped everywhere. He communicates to everybody without really speaking the language. He’s really close with Curtis (Jones) and Harvey (Elliott) and I have no idea how they talk!”