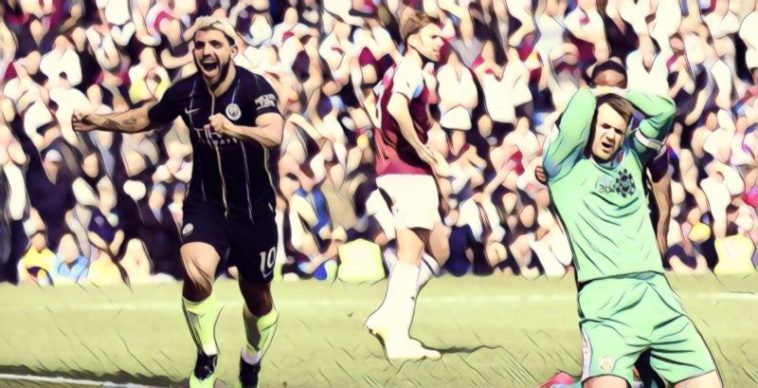 Pep Guardiola has hailed Manchester City’s 1-0 win at Burnley as ‘so important’.

Sergio Aguero’s second-half goal was enough to secure three points for City, who move back to the top of the Premier League following the win at Turf Moor.

City are now just two wins from becoming the first side since Manchester United in 2009 to retain the Premier League title, and Guardiola has praised his side following what he described as an ‘important victory’.

“It’s so important, we controlled very well Barnes and Wood, we conceded two or three free-kicks and we controlled our position, the pitch was so dry and difficult to move the ball about, and three more points with two games left – an important victory yes,” Guardiola told Sky Sports.

“We knew we just need to go forward, don’t make fouls and concede as little as possible the fouls and corners. We had a penalty not given – which I think is a penalty.

”We could have won by more distance, I’m so happy for the victory and now we have a week to prepare and hopefully we arrive at Brighton with the chance to be champions.”

Next up for City is a home clash with Brendan Rodgers Leicester.