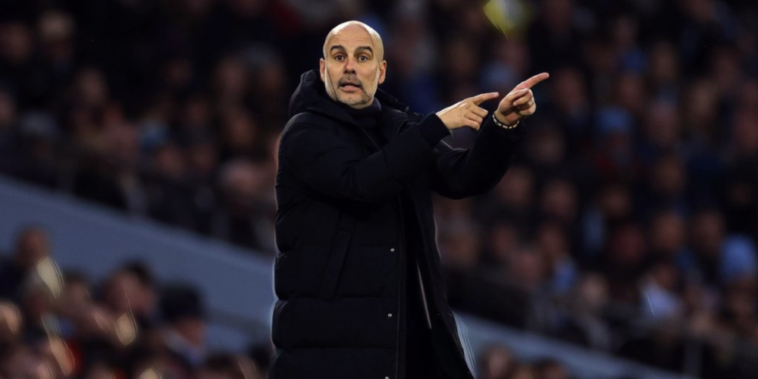 Pep Guardiola admits it is a ‘big week’ in the Premier League title race ahead of the Manchester and North London derbies this weekend.

City outclassed the Red Devils in the first derby of the season with a 6-3 win at the Etihad, but United will head into this weekend in confident mood after a nine-game winning run in all competitions.

Guardiola’s side are five points behind leaders Arsenal in the title race, who face a derby encounter of their own at Tottenham on Sunday, before City face Spurs the following week while Arsenal host United.

Spurs are also in need of positive results in a bid to boost their Champions League hopes and Guardiola believes it could prove a ‘big week’ in the outcome of the Premier League title race.

“After Southampton, I’m not worried about the titles, it’s to recover who we are game by game. This is what we have to do, important games in the season we were there.

“Just with the hypothetical importance against teams, the other ones we were not there. It’s normal after the results of previous seasons. We have to change it immediately.”