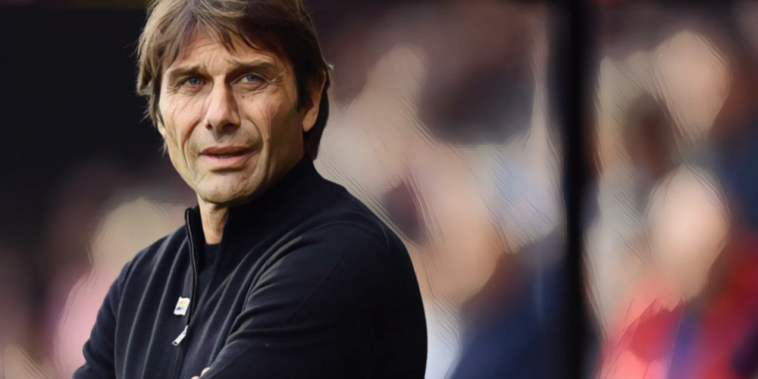 Antonio Conte has said that Spurs’ injury situtation is set to improve in the coming days and weeks, and discussed the qualities of Harry Kane as he closes in on a club record.

Spurs have been without a number of key players in recent weeks, with Dejan Kulusevski, Richarlison and Rodrigo Bentancur all spending time on the sidelines. The club have subsequently slipped out of the top four after winning just one of their three league games following the World Cup restart.

Speaking ahead of this weekend’s North London derby at the Tottenham Hotspur stadium, Antonio Conte said that the injury picture is improving for all three, though Kulusevski is the most likely to feature against Arsenal with the Italian keen not to rush his players back too soon.

“The news, for sure the situation is going to improve, especially for Kulusevski,” Conte told the media at his pre-match press conference. “He had a training session in the last few days with us. He’s going to be ready to play.

“About Richy and Rodrigo, both situations are improving. I think in this moment Deki is much more ready to play and especially don’t take risks.

“For us, it is important to have patience ahead of this period and not to risk accelerating and lose them for a long period. We will see. We have another training session tomorrow to monitor the situation with Rodrigo and Richy.”

The clash will present Harry Kane with an opportunity to equal, or even surpass, Jimmy Grieves’ club record of 266 goals, and Conte was full of praise for his talismanic striker’s qualities both on and off the field.

“You know very well much better than me the importance of Harry for us, for Tottenham but also for the national team because with the club and national team he has great numbers,” said the Italian. “We are talking about a world-class striker and for sure he is going to beat every record.

“I think he deserves this but I want to always underline the other aspect. The human aspect of Harry because we are not only talking about a worlc class striker but a really good man, a really good person and for us he is an important point of reference. I am sure he is going to beat this record and he is doing something incredible.

“At the same time we try to help him and if he scores, he helps us! This is important to have this exchange of favours.”