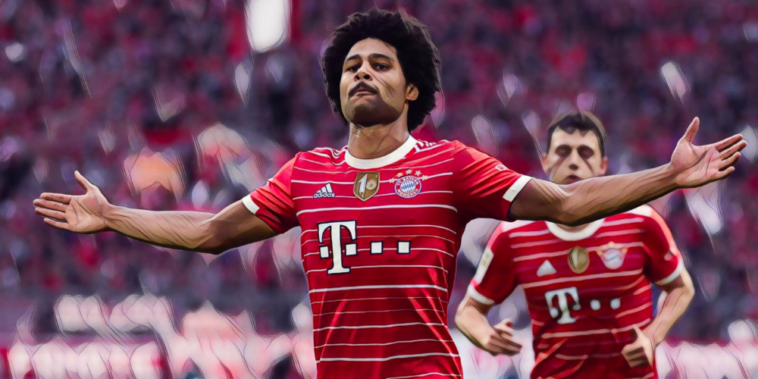 Serge Gnabry is set to sign a new contract at Bayern Munich despite interest in the forward from the Premier League.

Gnabry’s current deal is set to expire next summer and he has been linked with an exit from the Bundesliga champions. However, the 26-year-old is understood to be ‘satisfied’ with the club’s latest contract offer and is closing in on signing a new long-term deal at the Allianz Arena.

Kicker are reporting that both parties are ‘confident’ an agreement can be reached as the final details of the deal are finalised, with Gnabry set to reject interest from England in favour of remaining with Bayern.

Chelsea had been rumoured to be interested in signing Gnabry, while the Mail  have also credited both Manchester clubs with a ‘tentative’ interest.

The Germany international began his senior career at Arsenal but struggled to make an impression, before flourishing following his return to the Bundesliga.

He has made 173 appearances across four seasons at Bayern, where he has won four consecutive Bundesliga titles and scored 63 goals in all competitions.

Gnabry will form part of the Germany squad at the World Cup in Qatar, having scored an impressive 20 goals in just 34 caps for the national side.