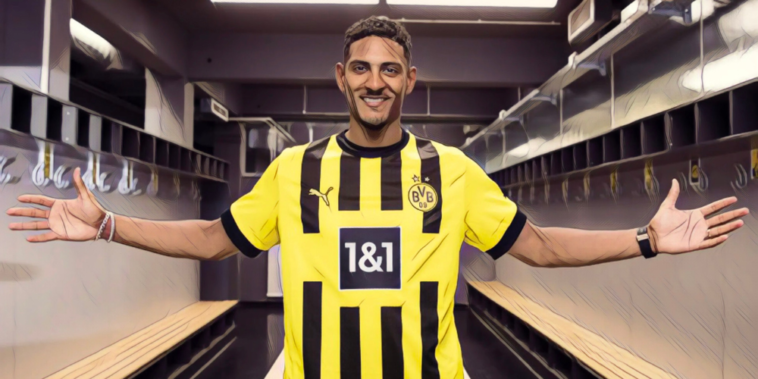 European clubs have been busy in the transfer market this summer and while the Premier League continues to set the pace with spending, there has been several stand-out signings across the top-five leagues.

Here are the most expensive non-Premier League transfers so far this summer.

Sadio Mane is among the high-profile departures from the Premier League this summer, having called time on a successful six-season spell at Liverpool.

The Senegal international has decided on a new challenge after a trophy-laden period at Anfield, in which the forward won six trophies and scored 120 goals across all competitions.

Bayern Munich capitalised on Mane’s contract situation, with the 30-year-old’s deal having been set to expire in 2023.

The Bundesliga champions have secured his signing for an initial fee of just £27.5m, which could rise to around £35m with a number of add-ons.

The deal represents fine business for a Bayern side looking to bounce back from a disappointing European campaign, with Mane have scored 20+ goals in all competitions in four of the past five seasons.

Borussia Dortmund’s search for an Erling Haaland replacement took the German side to Ajax, securing a club-record £31m deal to bring Sebastien Haller to the Westfalenstadion.

Haller reignited his career at Ajax following a difficult spell in the Premier League, scoring 47 goals in just 66 appearances for the Dutch champions.

The 28-year-old exploded during his first ever Champions League campaign in 2021/22, becoming only the second player to score in all six group games (after Cristiano Ronaldo in 2017/18) and the fastest in the competition’s history to reach 10 goals.

Borussia Dortmund is excited to announce the signing of Sébastien Haller from Ajax on a contract until 2026! ✍️ pic.twitter.com/Ppu8jclVvs

Dortmund view Haller as the ideal replacement to fill the sizeable void left by Haaland’s exit to Manchester City, with the Ivorian returning to the Bundesliga after a previous spell with Eintracht Frankfurt.

Paris Saint-German have exercised the option to turn Nuno Mendes’ loan move into a permanent deal, with the full-back having enjoyed a promising campaign at the Parc des Princes.

The 20-year-old made 37 appearances in all competitions for PSG last season and earned inclusion in the Ligue 1 Team of the Season after the Parisian’s title success.

PSG are keen to build a long-term project under new manager Christophe Galtier and avoid the expensive mistakes of past windows, with the hope that Mendes can hold down the left-back position for the next decade.

Mendes will also be hoping to build on an encouraging start to his international career, having already earned 15 caps for Portugal.

Mendes will be joined at PSG next season by international teammate Vitinha, who has signed for the French champions after a breakout campaign at Porto.

The 22-year-old – who endured an underwhelming loan spell at Wolves in 2020/21 – impressed as Porto regained the Primeira Liga title last season, earning interest from PSG who have completed a £35m deal for the midfielder.

Vitinha was named as the division’s Young Player of the Season last term and will add an injection of youth to an ageing midfield at the Parc des Princes.

Speaking in a recent interview with RMC, the three-cap Portugal international credited his testing time at Wolves as a key part of his development.

“You can say that, because I didn’t leave my mark. I didn’t play much with Wolves. So we can say that. But I think it was very good. It brought me things I probably wouldn’t have had if I hadn’t gone.

“I grew a lot, including off the pitch, on the things I had to learn, on what it’s like to be in a club, outside of your country, outside your comfort zone. If I could go back, I wouldn’t change anything. Because that’s what made me come here, and have a much bigger background.”

Juventus are another side to have turned a successful loan into a permanent move, exercising the purchase option to sign Federico Chiesa from Fiorentina.

Chiesa has spent the past two seasons on loan at the Bianconeri and has developed into one of Serie A’s most influential talents, though missed a significant part of last season with an ACL injury.

The 24-year-old had starred during Italy’s run to success at last summer’s European Championship and will form a central part of Juventus’ rebuild after two disappointing domestic campaigns.

Securing Chiesa’s signing was a priority for Juventus and Massimiliano Allegri, who have also added free agents Paul Pogba and Angel Di Maria to their squad for the 2022/23 campaign.

Real Madrid have strengthen their midfield with the signing of Aurélien Tchouaméni, beating off competition from the likes of PSG and Liverpool to land the in-demand Monaco man.

Tchouameni made 35 Ligue 1 appearances for Monaco last season, contributing three goals and two assists, and has emerged as one of France’s brightest talents.

Can’t wait to join the team and take a part in the history we’ll make 🤍⏳ pic.twitter.com/t00g1hiiJQ

Already established at international level with 12 caps for France since making his debut last September, he arrives to reinforce the engine room of the reigning European champions.