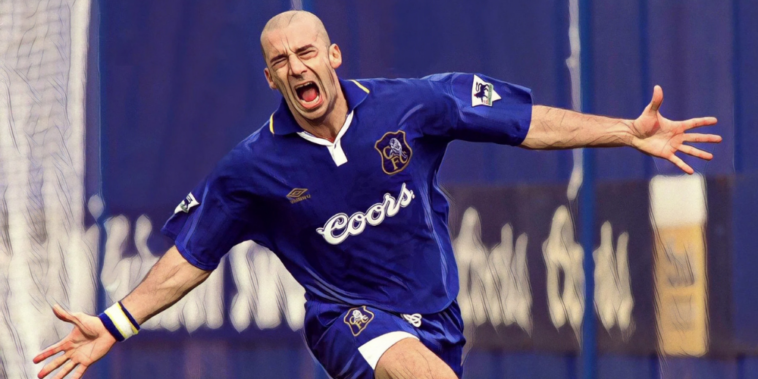 Gianluca Vialli formed part of an exciting period at Chelsea after making the move to the Premier League, helping end the club’s long wait for silverware before a successful period of challenging for honours.

This pre-takeover version of the west London side thrived during the late nineties, with Vialli arriving on a free transfer in 1996 after captaining Juventus to Champions League success the previous season.

Vialli had become one of Italian football’s best forwards during spells at Sampdoria and Juventus, striking up a fine partnership with Roberto Mancini at the former and spearheading the most successful period in the club’s history.

A world-record move to Turin delivered a domestic double and Champions League winners’ medal across four seasons, before helping to instigate a foreign revolution at Stamford Bridge.

Vialli scored 40 goals in 88 appearances during his time with Chelsea, taking over from Ruud Gullit as player-manager and guiding the Blues to UEFA Cup Winners’ Cup, League Cup and FA Cup success.

A firm favourite for his battling leadership qualities and impact in the capital, here are Gianluca Vialli’s best goals for Chelsea.