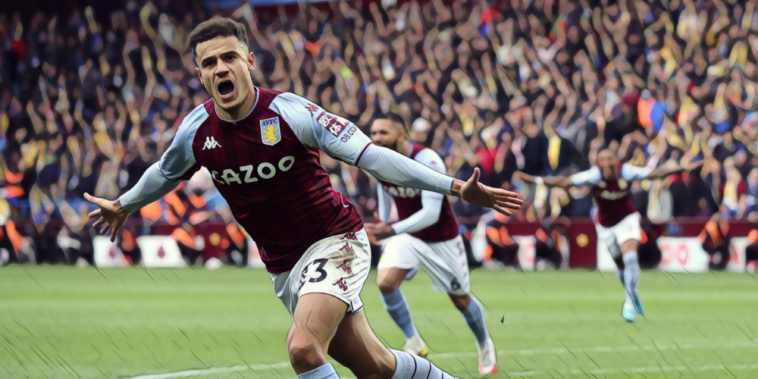 Steven Gerrard is keen to keep Philippe Coutinho at Aston Villa, but the club’s board ‘want to wait’ until the summer before making a decision on a permanent deal.

Coutinho has starred since signing on loan from Barcelona during the January transfer window and Villa possess an option to make the move permanent for a fee of €40m.

The 29-year-old has scored three goals and provided three assists in six Premier League starts for Villa, with the midfielder having shown flashes of his previous form after a frustrating spell in Spain.

Coutinho starred as Villa thrashed Southampton 4-0 in the Premier League last weekend, scoring one and providing another in an impressive performance.

Fabrizio Romano has reported that Gerrard would ‘love’ to secure a deal for his former Liverpool teammate on a permanent basis, though the Villa hierarchy are keen to delay a decision until the summer transfer window.

Barcelona want to offload the Brazil international as the club look to bring in much-needed funds, with Coutinho having struggled to make an impression since his record £142m to the Camp Nou in January 2018.

He has made 106 appearances for Barcelona and scored 25 goals, winning La Liga titles in 2018 and 2019. However, he failed to command a prominent role in the side and was loaned out to Bayern Munich during the 2019/20 season, winning a Bundesliga, DFB-Pokal and Champions League treble with the German side.