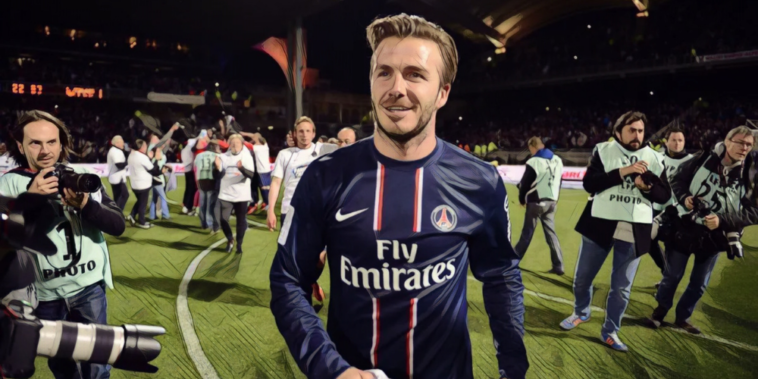 Real Madrid and Paris Saint-Germain renew rivalries in the Champions League this week, a clash between European football’s most successful side and a very modern superpower.

Real Madrid are the record 13-time winners of the Champions League and will be looking to overturn a deficit in the return, after Kylian Mbappe’s late winner provided PSG with an advantage to protect at the Bernabeu.

Some illustrious names have represented both clubs in the modern era, with Mbappe potentially becoming the next as Real Madrid circle the biggest fish in this summer’s free agency pool.

Ahead of their meeting in the Spanish capital, we look at five of the best players to have played for both Real Madrid and Paris Saint-Germain.

Anelka began his career at Paris Saint-Germain before moving to Arsenal as a teenager, taking little time to settle in the Premier League and emerging as one of Europe’s most exciting talents.

Anelka scored nine goals as the Gunners won a domestic double in 1997/98, before exploding the following season to score 19 goals in all competitions and win the PFA Young Player of the Year.

He moved to Real Madrid in a club record £22.3m deal that summer, but struggled to make an impression during his opening months in the Spanish capital and took until January to register his first goal.

Anelka scored his first league goal during a 3-0 El Clásico win over Barcelona, but a falling out with head coach Vicente del Bosque saw him suspended after refusing to train.

He returned to the side to score in both legs of the club’s Champions League semi-final win over Bayern Munich as Real Madrid went on to beat Valencia and be crowned champions of Europe for an eighth time.

However, he was allowed to return to PSG in a £22m deal in 2000 and scored 18 goals in 56 appearances during his second spell in the French capital.

The finest football of Anelka’s nomadic career came in England during spells at Arsenal and Chelsea, winning two league titles and three FA Cups with the London rivals.

Described as the engine of Real Madrid by former teammate Zinedine Zidane, Claude Makelele was the under-appreciated glue holding together the club’s Galactico side of the early 2000s.

The France international signed for Real Madrid from Celta Vigo and enjoyed a successful spell in the Spanish capital, making 140 appearances and winning two La Liga titles and the Champions League.

He was allowed to leave for a billionaire-backed Chelsea as Real Madrid made room for the arrival of David Beckham, a decision Los Blancos regretted as the club went three seasons without a La Liga trophy.

Makelele starred as Chelsea emerged as a dominant force in the Premier League, winning back-to-back titles under the management of Jose Mourinho and providing the defensive screen that allowed the likes of Frank Lampard and Michael Essien to flourish.

After five seasons with Chelsea he ended his career with a spell at Paris Saint-Germain, helping the Parisians to Coupe de France success in 2009/10 before the club’s transformative takeover.

Beckham had become one of the most recognisable people on the planet during his time in England, winning six league titles and the Champions League among his 10 major trophies at Old Trafford.

The former England captain’s time with Real Madrid failed to provide the success first anticipated, however, his sole honour coming in his final season with the club as Los Blancos won La Liga in 2006/07.

Beckham made 155 appearances for Real Madrid and scored 20 goals before departing for MLS, signing for LA Galaxy.

His time with the American side included loan returns to Europe, twice with AC Milan before he finished his career with a short spell at Paris Saint-Germain.

He made 14 appearances for the French side and added a Ligue 1 winners’ medal to his extensive collection of silverware.

Angel Di Maria will be among a strong contingent of former Real Madrid players when the two teams collide in the Champions League this week, having enjoyed a fine period in the all-white colours of Spain’s most successful side.

Di Maria signed for Real Madrid from Benfica in a €25m deal in 2010 and soon became an important figure in the side, providing creativity and goal threat from wide.

The Argentina international was surprisingly allowed to leave following the club’s La Decima triumph in 2013/14, signing for Manchester United in a British transfer record deal.

The move proved ill-fated, however, and he signed for PSG after just one season in England where he has since won 13 major trophies and set a new club record for assists.

One of the greatest players in Real Madrid’s history, it will certainly be a strange experience for Sergio Ramos to return to his former side this week.

Ramos – alongside Di Maria, Achraf Hakimi and Keylor Navas – will return to the Bernabeu in PSG colours, though none can match the centre-back’s impact during his time with Los Blancos.

Ramos spent 15 seasons with Real Madrid and made 671 appearances, with only three players having ever represented the Spanish side on more occasions.

His list of accolades includes five league titles and four Champions League trophies, forging a reputation as a big-game player with goals in Champions League final wins over Atletico Madrid in 2014 and 2016.

Ramos – the most capped Spanish footballer of all-time with 180 appearances for La Roja – brought an end to his career with Real Madrid last summer, signing for PSG on a free transfer.

It has been a frustrating period for the 35-year-old in Paris, but he will hope to put his fitness issues behind him and help PSG to a maiden European success this season.