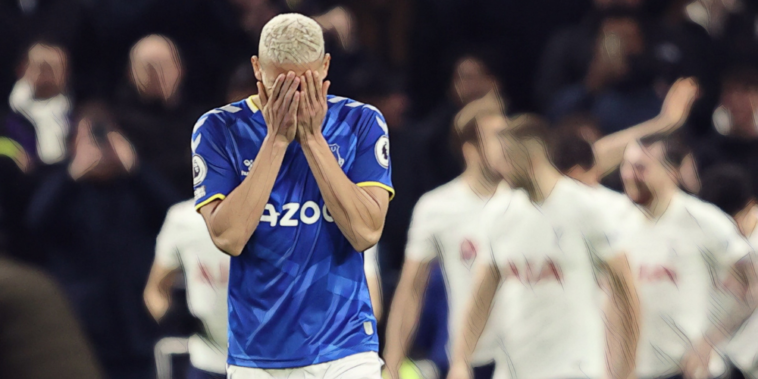 The Premier League’s relegation battle looks set to go down to the wire this season with several sides embroiled in a dogfight down at the bottom.

Time is running out for the struggling sides to save themselves this season and secure survival, but with a series of relegation six-pointers in the coming weeks it looks set to be a fascinating finish to the season.

Ahead of this weekend’s fixtures we’ve assessed the standings in the Premier League’s relegation battle.

Newcastle looked set for relegation after failing to win any of their opening 14 games of the season, the three previous teams to have reached that stage of a campaign winless having all ended the season in the bottom three.

Eddie Howe’s first win eventually came on December 4th against Burnley, before an unbeaten run post-Christmas which has carried the Magpies clear of the drop zone.

Liverpool are the only team in the division to have taken more points than the Magpies in 2022, with Howe’s side having won six of their last seven to move 10 points clear of the relegation places.

Newcastle's undefeated streak of nine matches is their longest in the top flight since a run of 14 games in 2011.

The new owner’s investment during the January transfer window has proven transformative, the likes of Dan Burn and Matt Targett having strengthened the defence. More impressively, however, has been Howe’s transformation of several struggling stars with Joelinton, Fabian Schar and Ryan Fraser having burst into life under the new manager.

Newcastle have the most difficult run in based on average Premier League positions, but look to have done enough to survive barring a late season collapse.

Brentford’s solid first season in the Premier League appeared to be unraveling after an eight-game winless run that included seven defeats, but a victory at Norwich last weekend has provided the Bees with some breathing space.

Ivan Toney hit a hat-trick at Carrow Road in a win that pushed the beaten Canaries closer to the drop, the three points leaving Thomas Frank’s side six points clear of the bottom three.

"That little extra energy and confidence that win gives to the players is extremely important. With that confidence your actions on the pitch are a little bit more decisive and you do things a little bit quicker"#BrentfordFC #BREBUR pic.twitter.com/Zc7NYILhlo

However, Everton and Burnley each have multiple games in hand on the Bees and Brentford will face both teams during the run-in, potentially pivotal games in their bid for Premier League survival.

Brentford end the season with back-to-back six-pointers against Everton and Leeds and will hope to have done enough to survive before heading into those clashes.

Leeds are in free-fall and the club’s board took the unpopular decision to part company with Marcelo Bielsa following their slide towards the Premier League’s relegation places.

Bielsa was a much-loved figure at Elland Road after restoring the side to the Premier League, though his expansive football was often punished against the division’s better sides.

However, there is a sense from some that the Argentine exceeded expectations with the talent at his disposal, having turned a group of underperforming Championship players into a competitive Premier League side.

Patrick Bamford’s return is a welcome boost and Leeds will hope Kalvin Phillips can return to the fold soon, the duo having been central to a ninth-place finish last season and major misses during their respective absences this season.

Frank Lampard will be well aware of the task at hand at Everton, the club’s humiliating 5-0 defeat to Tottenham last Monday dragging the side further towards trouble.

Lampard has endured an indifferent start since replacing Rafael Benitez, but recent performances have been poor with the Toffees having failed to register a single shot on target in each of their past two games.

Dominic Calvert-Lewin’s return has failed to galvanise the side as hoped and Lampard will be concerned with how easily his side were outclassed and threw in the towel against Spurs last time out.

It’s now three successive defeats for an Everton side hovering dangerously above the bottom three, the threat of a first relegation since 1951 increasing with each defeat.

The Merseysiders have twice preserved their Premier League status on the final day of the season (1993-94 and 1997-98) and another great escape could be needed on current form.

Has Burnley’s lack of investment finally caught up with the Clarets? Sean Dyche has done a brilliant job on a comparatively modest budget in recent seasons, but Burnley now face the threat of relegation after a season spent in the bottom three.

A mini-revival which included wins over Brighton and Tottenham has been followed with a three-game winless run, the 4-0 thrashing at the hands of Chelsea demonstrating the club’s flaws.

Norwich are the only side in the Premier League to have scored less goals than Burnley this season and the Clarets need their attacking talent to produce across the course of the run-in.

💬 "We know the challenge upon us, and we know what we have to do." 💪#UTC pic.twitter.com/RJ50nLSzeV

Dwight McNeil has failed to score and has provided just one assist this season, a poor return from a winger whose technique indicates those numbers should be higher.

Getting more from winter window signing Wout Weghorst will be crucial to the Clarets’ hopes of survival, with Burnley still to face five of the sides in the bottom seven this season.

It’s beginning to look bleak for Watford, just one win in the club’s last 16 Premier League fixtures having left the Hornets with a huge task to survive.

Roy Hodgson had shown initial signs of tightening the club’s rearguard, but defeats to Crystal Palace (4-1), Arsenal (3-2) and Wolves (4-0) indicate a defence below the standard required.

The goals have also dried up for Emmanuel Dennis, with the club’s leading scorer having scored just once in his past ten league games. The Nigerian had netted six in his previous ten Premier League appearances.

Watford’s case for survival is boosted with their remaining fixtures, facing four direct rivals for survival all at Vicarage Road.

The Hornets will need to find form on home soil, however, having won just once at their home stadium since the opening day of the season.

Norwich are odds of 1/50 to be relegated this season, a visible indication of their current predicament as the yo-yo club look set for another drop down a division.

The Canaries have lost their last five league games and are five points from safety, having played three more games than 17th-place Everton.

Goals – at both ends – have been the major problem for Dean Smith’s side with just 17 scored in the Premier League this season. Teemu Pukki (8) accounts for almost half their entire total with no other player having managed to score more than twice.

Norwich also have the second-worst defence in the Premier League and look set to change divisions for the fifth consecutive campaign. A return to the comforts of the Championship appears a formality.