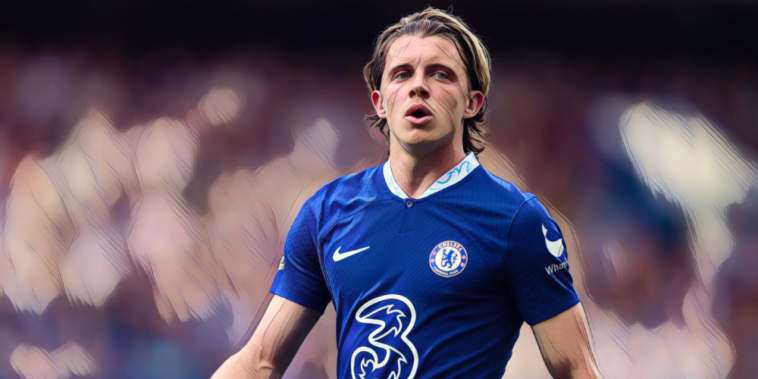 Conor Gallagher is not interested in leaving Chelsea this month despite interest in the midfielder from several Premier League sides.

Gallagher has been linked with an exit from Chelsea after struggling to make an impact this season, following his return from a loan spell at Crystal Palace.

The 22-year-old shone on loan at Selhurst Park last season and was named as Palace’s Player of the Year during a campaign which saw Gallagher break into the England set-up.

He has since won four caps and was included in the Three Lions’ 2022 World Cup squad, but did not feature in Qatar.

Gallagher has started just eight league games for Chelsea this season however, and has been subject of enquiries from a number of Premier League clubs.

According to the Mail, Nottingham Forest, Southampton, Everton, Crystal Palace and Newcastle have all enquired about Gallagher’s availability this month, but the midfielder has ‘no interest’ in leaving the Blues while he is still being selected.

Graham Potter is also reluctant to allow Gallagher to leave given Chelsea’s injury problems at present and the academy product will hope to use the club’s current situation as a chance to establish himself in Potter’s plans.

He has scored once and laid on one assist in 17 appearances in the Premier League this season.