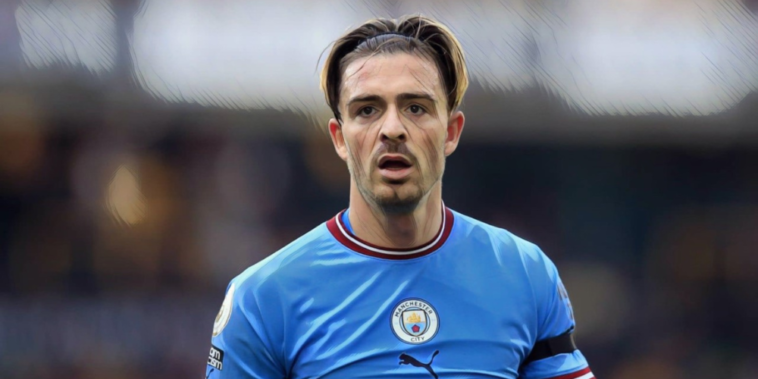 The west Londoners last week completed the signing of Mykhaylo Mudryk from Shakhtar Donetsk, beating Arsenal to the signature of the highly coveted winger. Mudryk is the most expensive January transfer in Premier League history and among the costliest signings the division has seen.

Here are the six most expensive Premier League players of all time. All figures as per Sky Sports and include potential add-ons.

The club’s chase for the latter went all the way to deadline day and resulted in the most expensive sale in Eredivisie history. The winger had excelled under Ten Hag’s management at Ajax, where he scored 24 goals and provided 22 assists in 82 appearances across all competitions.

Antony won two league titles with Ajax and forged a reputation as one of the most exciting talents outside Europe’s top five leagues. The deal was the second-highest in Manchester United’s history in terms of initial fee, having agreed to pay Ajax a figure of £82m, rising to £86m with add-ons.

Antony marked his debut with a goal against Arsenal and has since scored five times in 17 appearances in all competitions. There have been flashes of the talent which persuaded Ten Hag to spend big on the Brazilian and his task will be to turn Antony’s attributes into consistent end product.

Mykhaylo Mudryk’s move to Chelsea is the fifth most expensive deal in the division’s history, after the west Londoners stole in to steal the winger from under the noses of Arsenal.

Arsenal had been expected to sign Mudryk this month, but stalled on Shakhtar’s demands and allowed their capital rivals to hijack the deal. Mudryk has alerted Europe’s top clubs after a stunning season for the Ukrainian side, in which he scored ten goals and laid on eight assists in 18 appearances.

The 22-year-old produced a run of fine performances in the Champions League’s group stage and will add a direct brand of football to Chelsea’s options in the final third. He has signed an eight-and-a-half-year contract and was paraded at Stamford Bridge before Chelsea’s win over Crystal Palace last weekend.

Shakhtar Donetsk's president has donated $25 million of the fee received by Chelsea for Mykhaylo Mudryk's transfer to families of fallen soldiers 💛💙 pic.twitter.com/spJBFyMAl2

The deal has seen Chelsea pay an initial €70m (£62m) for the winger with a further €30m (£26.5m) to follow in add-ons. Shakhtar president, Rinat Akhmetov, has since announced that £20.5m of the money received will be donated to Ukrainian soldiers and their families, as the nation continues to deal with the impact of war with Russia.

Manchester United spent big on the services of Romelu Lukaku in 2017, agreeing a deal worth up to £90m with Everton.

Lukaku had scored prolifically across four seasons at Everton, where he scored 87 goals in 166 games to attract interest from Old Trafford. The initial fee was £75m, potentially rising to £90m should certain clauses be met.

Jose Mourinho described the Belgian forward as ‘a natural fit for Manchester United’ upon his arrival and Lukaku enjoyed a productive debut season with 27 goals in all competitions.

Lukaku began the following season with four goals in five appearances but fell out of favour following Ole Gunnar Solskjaer’s appointment as manager in December 2018. He started just 22 league games during the 2018/19 season and was allowed to leave the following summer, signing for Inter Milan in a deal worth £73m.

He departed having scored 42 goals in 96 appearances across two seasons at Old Trafford.

Paul Pogba became the most expensive footballer in history when returning to Manchester United, as the Red Devils broke the world transfer record to sign the midfielder from Juventus.

Pogba had made just seven senior appearances during his first spell at United, before leaving for Juventus in search of regular football. He starred across four seasons in Turin, where he won four consecutive Serie A titles and was named in the Serie A Team of the Year on three occasions.

United agreed a deal worth up to £93m for the France international, eclipsing the £86m deal that took Gareth Bale to Real Madrid in 2013. Pogba won a League Cup and Europa League double during his debut season, scoring in the latter final against Ajax.

However, the midfielder struggled to produce his best on a consistent basis for United, failing to win further silverware across the following five seasons. He was named in the PFA Team of the Year after an impressive 2018/19 season, but produced just flashes of his best levels for the club.

After six underwhelming seasons, he returned to Juventus on a free transfer last summer.

Romelu Lukaku features on this list for a second time following the forward’s club-record move to Chelsea.

Lukaku returned for a second spell at Chelsea in a record-breaking £97.5m deal in 2021, after two impressive seasons at Inter Milan. The Belgian had spent time in west London as a teenager but made just 15 goalless appearances before departing in search of greater opportunities.

After goal-laden spells at Everton, Manchester United and Inter Milan, he returned to Stamford Bridge amid much fanfare. Expectations were high after Lukaku had inspired Inter to a drought-breaking Scudetto the previous season.

He had scored 64 goals in 95 games for the club across two seasons and was named as Italian football’s Most Valuable Player during their title-winning campaign in 2020/21.

Lukaku began brightly with three goals in his first three league games, but struggled to find his role in Thomas Tuchel’s system. A controversial interview with Italian media – in which he criticised his role and discussed a return to Inter Milan – did little to improve his fortunes.

He ended the season with just eight goals in the Premier League, his lowest league total for a decade. After a disappointing debut season, he returned to Inter Milan on loan for the 2022/23 season, where his fortunes have failed to significantly improve.

Grealish signed a long-term contract with the Premier League champions after City activated the release clause in his contract at Villa Park. The England international had established himself as one of the Premier League’s most exciting widemen after coming through the academy ranks at Villa, for who he made 213 appearances and was instrumental in their return to the top division.

He joined an extensive list of attacking options at the Etihad and won the Premier League title during his debut season. Grealish, however, started just 22 league games and provided only six goal contributions in an underwhelming first season.

He has shown encouraging signs of late and has five goal involvements in eight starts, and recently admitted he found the adaptation from Villa to City more difficult than he had anticipated.

“When I came here, I’ll be honest with you, it was so much more difficult than I thought,” Grealish told Sky Sports.

“In my head I thought I was going to the team sitting top of the league and I was going to get so many goals and assists and obviously it isn’t the case. A lot of teams tend to sit in against us and that wasn’t the case at Villa.

“[Ex-Aston Villa manager] Dean Smith would tell me to go and find the weak link in the defence, whether that was on the right, the middle or whether I wanted to hug the touchline – and at Villa, I always had an overlapping full-back.

“I came into City, having been at Villa my whole life, and I’ve never had to change. I’ve always been used to that. I didn’t realise how hard it is to adapt to a different team and manager.”