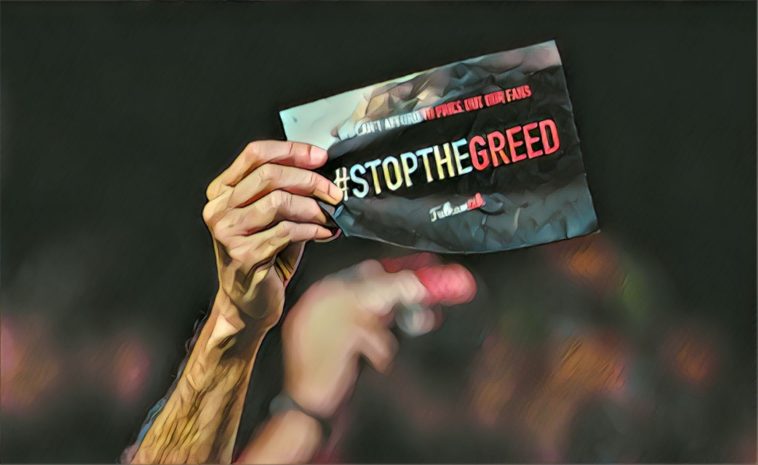 Fulham’s season has gone from bad to worse after their eighth straight loss, with poor recruitment, a lack of continuity, and fan discontent marking 2019 out as a year to forget.

Relegation is not a mathematical certainty for Fulham following their two nil loss to Manchester City on Saturday, but the probability of survival is as unlikely as ever and it has felt that way for some time already. The ship is not yet sunk, but it might as well be.

The South London outfit were predictably rolled over by a slick City side who did not even need to get out of second gear to put the home team to the sword, cutting apart the Fulham defence to allow Bernardo Silva to open the scoring before Sergio Aguero capitalised on a Joe Bryan mistake to score his 228th goal in sky blue.

When you’re down the wrong end of the table, your season is not going to be judged by your results against the top six, but the Man City game showed that, despite having some useful players on their books, the Cottagers possess a dearth of quality on the pitch. How is that even possible after spending over £100m last summer?

If there’s one thing that can be taken from Fulham’s year back in the top flight, it is a good lesson for other clubs of what not to do when you reach the Premier League. This season has been the culmination of years of bad planning and poor recruitment, compounded by the squad overhaul in 2018 which failed to improve the areas that needed it most.

Today Scott Parker, the club’s third manager this season, set out a defensive line that featured two right backs, with Cyrus Christie and Manchester United loanee Timothy Fosu-Mensah joining Maxime Le Marchand, Calum Chambers and Joe Bryan in a back five. Alfie Mawson, the marquee transfer in defence last year — which says it all really — was missing from the line-up, having injured himself in January.

At the very least they kept Raheem Sterling quiet, but looking at that line-up before kick-off and it’s a miracle Pep Guardiola’s didn’t put several most past them. Then again, they didn’t have to, and City looked content to play at a slightly slower pace than usual with the Champions League quarter-finals upcoming.

Parker seems to be trying to get the side to play in a similar manner to the one that saw them promoted from the Championship in 2018, stringing passes together and building play from the back. It still seems like a struggle for the players to get the ball from one end of the pitch to the other, and all belief appears to be sapped from their very beings.

The crucial mistake this season came in November, when they replaced Slavisa Jokanovic with Claudio Ranieri. The Serb guided Fulham to promotion by implementing a possession-based style of play, but when it didn’t work in the Premier League, the club decided to cut the cord and replace him with the Italian.

Ranieri was described as “risk-free” by owner Shahid Khan upon his appointment, an expression of hubris that a relegation threatened club could hardly afford to make and so it turned out. Although the former Leicester City manager’s CV is quite impressive, his tactics were anathema to the squad that had been built over the course of the last three years.

As we outlined after his sacking, Ranieri was trying to get his players to perform a task that they were incapable of completing. He not only failed to shore up a leaky defence, but made them worse in attack as well. But the overarching problem was the lack of continuity in swapping one type of tactician out for a totally different one. Someone like Ralph Hasenhuttl, who has revived Southampton’s season since taking over the reigns in December, would have surely ensured an easier transition.

On the pitch and in the dugout are not the only places where Fulham are finding they have a problem. Disgruntlement has been brewing in the stands since their return to the top flight, and even before then. The Whites were one of the more expensive teams to watch in the Championship, and that’s the only area where they have stepped up their game in the meantime.

If you don’t have a season ticket, match going fans are often expected to shell out £55 for tickets, and that rises to £60 for the higher category of fixtures. The supporters are beginning to feel extorted for their fandom, as the high prices are driving away working class fans.

That has lead to a campaign known as #StopTheGreed, started up by the Fulhamish podcast, which had its first demonstration ahead of today’s kick-off. With the game being aired live on Sky Sports, it was hoped the campaign would gain extra exposure. The club, however, banned the group from bringing banners into the stadium, which they had hoped to reveal in the 55th minute.

With Fulham taking on water without a life raft in sight, the last thing they need to do is alienate their fanbase.