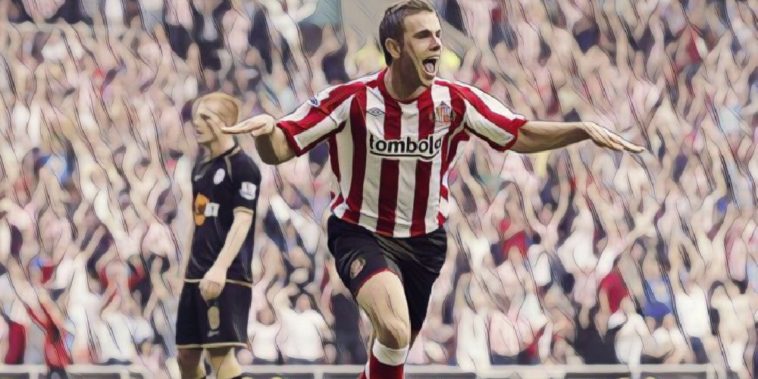 Ricky Sbragia has discussed Jordan Henderson’s single-mindedness and the influence that Roy Keane had over the early career of the Liverpool and England star.

Henderson is amongst the favourites to be named as the PFA Player of the Year after a career-best season on Merseyside, leading the club to the verge of lifting the Premier League title after captaining the side to Champions League success last season.

The midfielder’s career has not always been straightforward, however, after overcoming doubts over his abilities during his initial seasons at Liverpool following his arrival as a youngster from Sunderland.

Henderson came through the academy ranks at the Stadium of Light before making the move to Anfield back, though it could have all been different had former Sunderland boss Keane not handed the prospect his first professional contract on Wearside.

Sbragia – who was part of Keane’s backroom staff before later taking of the club – has revealed how close Henderson came to being let go by Sunderland, before being handed a first senior contract after impressing the Irishman with his attitude and determination.

“There was one professional contract still to be handed out, and it was a straight choice between three of the academy lads,” Sbragia told the Mirror. “The night before the decision had to be made, it still hadn’t been decided. As I left for home, I didn’t have a clue which one would get the nod.

“When I came back in the following day, Jordan had been chosen. What swung it for him? The attitudes that you see today – the ones that have made him such a success. It just goes to show how thin the dividing line is.”

Sbragia believes Keane – who won seven Premier League titles and established himself as one of the division’s greatest midfielders – played a hugely influential role on the development of a young Henderson and believes the manager’s faith set the midfielder on his way to success.

“The years and the experience he had in that position, it was an undoubted help. As everyone knows, Roy was one of the best – if not the best – midfielder in the world at one time.

“However, towards the end, it wasn’t quite happening when Roy was in charge at Sunderland, but I remember when Jordan played one of his first matches. We were at Chelsea – and 3-0 down at half-time. Frank Lampard, Deco and Jon-Obi Mikel were playing in their midfield.

“We were getting a bit of a chasing, and Roy must have thought that it was a good time to see what he was made of as he threw Jordan on at half-time. Jordan couldn’t have been much more than 18.

“When we reviewed the match afterwards – it made for painful viewing because we ended up conceding five – Jordan had given a pretty good account of himself. He certainly wasn’t afraid of the situation that he found himself in, or the players he was up against.

“It wasn’t long after that the decision was taken to allow him out on loan at Coventry. That can tell you plenty about a young player. You do get ups and downs whenever you loan out a player. Are they going to play? Are they going to sink or swim? Do they think they’re better than the club they’re going to?

“He viewed it as he should have been as a continuation of his education. He wanted to go.”

.@JHenderson has sent a message on behalf of the Liverpool squad to all those affected by the Hillsborough tragedy, on the 31st anniversary. pic.twitter.com/8Pol1J0RA2

Henderson made ten appearances for Coventry before returning to establish himself in the first-team at Sunderland, his performances later attracting the interest of Kenny Dalglish who paid around £20m to take him to Liverpool in 2011.

The midfielder has since gone on to cement himself as an influential figure for both club and country, and Sbragia says Henderson deserves ‘every second of his success’ following his determination to reach the top.

“The move was a big step. They had seen something in him. I think, back in the day, if you’d asked Jordan: ‘Where would be in 10 years’ time?’ he was so single-minded that he would have said: ‘At the top.’

“If you said to me when he was 18 that he would go on to win the Champions League, I’d have said: ‘Steady on’, but he deserves every second of his success. And you know what? Absolutely every second of it has been earned.”

See also – Gerard Houllier: A Liverpool legacy that should not be underestimated