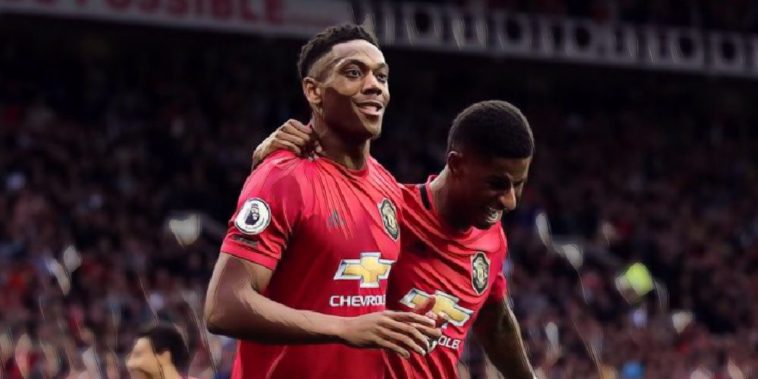 Odion Ighalo has said that he has been most impressed by Anthony Martial since his move to Manchester United, saying the forward ‘can do anything’.

The Nigerian international joined Manchester United on loan from Chinese Super League side Shanghai Shenhua in January and has made an immediate impression at Old Trafford, proving a popular figure amongst supporters and scoring four goals in just eight appearances.

Ighalo has now been opening up on his teammates and says Martial is the player he has been impressed most by, the French forward having been in fine form before the current suspension of the Premier League.

“Anthony, since I came, he’s been scoring goals and doing so well, fighting a lot. He is a great player, he has great technique,” said Ighalo told the official United website.

“He can do anything with the ball and he’s been doing fantastically well. I just hope he keeps going and scoring more goals and we end the season very well.

“Watching it from outside it’s different. You only watch games every weekend and see how skilful he is.

“Sometimes in games it’s difficult to do it, sometimes you face a tougher opponent but this is someone who every day you see in training and say wow, he’s a good player.”

Read – Rooney admits he was never ‘a natural goalscorer’