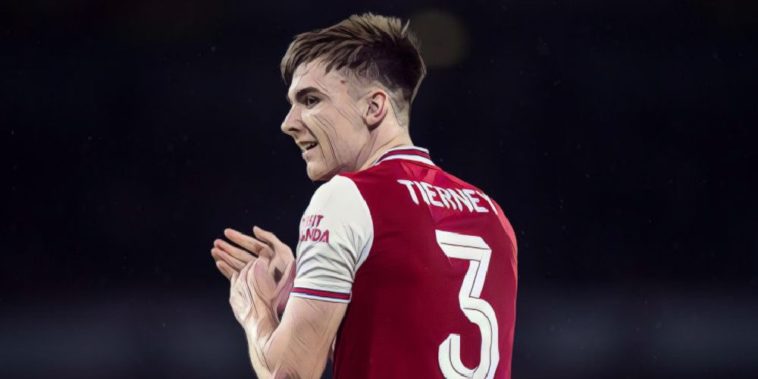 Strachan gave Tierney his international debut back in 2016 during his days as Scotland manager, though with Andrew Robertson also vying for the spot at left-back, Tierney was at times switched to a role on the right, as well as being used on the left of a back three.

“He has the type of mind that allows him to think that whatever he tries will come off,” Strachan told the Mail. “He has complete faith in himself and it’s totally justified.

“I played him at three positions for Scotland. Left-back, left of three centre backs and also right back.

“My two best players were left-backs — Kieran and Andy Robertson — so I shifted Kieran across. He never complained. He just got on with it. That’s how good he is and that’s how good his attitude is.”

Having moved from Celtic last summer, Tierney’s early days at Arsenal were blighted by injuries, though the full-back has since gone onto establish himself as a key component of Mikel Arteta’s side.

Strachan believes that it is Tierney’s determined attitude and self-belief are some of his most vital qualities.

“He has what I call that lunatic mentality, and I mean that in a good way,” Strachan continued.

“He was like Scott Brown at Celtic. It gets cold in Glasgow you know but those two would walk around with just their T-shirts on.

“Kieran has a first-class approach. He listens and takes in information and, crucially, he listens to what you are telling other players too so that he understand their roles also.

“He is bright and he smells danger, just like Virgil van Dijk does at Liverpool. He isn’t in that class yet but there are similarities. And he backs himself. He is brave like that.

“Many full backs or central defenders won’t push out on to a winger, for example. They are happy to let them cross. At least they can’t get beaten or embarrassed that way.

“Kieran won’t do that. He will get out there and say, ‘If you are gonna cross this, you will have to get by me first’.”