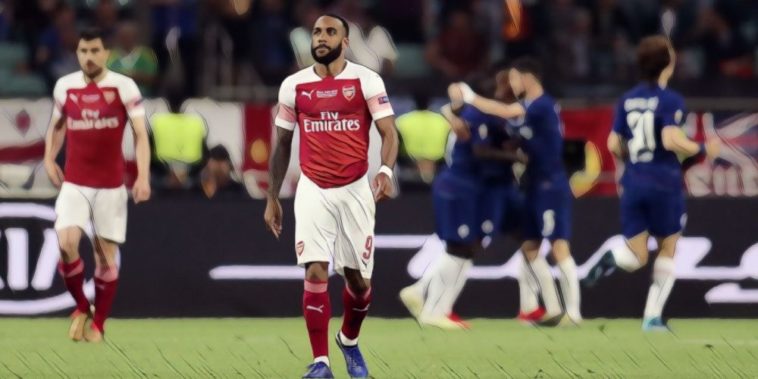 Alexandre Lacazette has urged Arsenal not to put themselves under pressure in this afternoon’s FA Cup final against Chelsea, recalling the feeling of losing last seasons Europa League final in Baku against the same opponents.

Having finished fifth last season, Arsenal knew that a victory over Chelsea in Azerbaijan would have secured the Gunners a place in the Champions League. However, they fell to a 4-1 loss following an impressive Eden Hazard inspired display by the West London side, prompting a long and miserable flight home from the far reaches of Eastern Europe.

“Nobody was talking,” Lacazette told the Telegraph. “It was a long flight. Really silent. Maybe the worst flight I have ever had. Hopefully for everyone, the ones who played will not forget the final last season. Everybody has to find their own motivation for this game.”

The two teams meet once again in this afternoon’s FA Cup final, the outcome offering up a strangely similar scenario as 12 months ago. Chelsea have already qualified for the Champions League, while Arsenal need a win to secure European football, the Gunners missing out on the Europa League via their league position.

Lacazette has urged his side to try to play without ‘pressure’ in this afternoon’s Wembley showpiece to avoid a similar disappointment.

“I think that was their strength [in Baku],” Lacazette added. “They had nothing to play for and they had no pressure. So it will be the same this weekend. But we have to just play our game and for 90 or more minutes think about the game and not put pressure on ourselves. Most of the players are excited because we know we can save our season with a trophy.”

The Frenchman was restricted to just 22 starts in the Premier League this season, scoring 10 goals, with Arsenal’s eighth-placed finish their lowest since 1995.

“It has been a difficult season, maybe the most difficult of my career,” he added. “But I know I learned a lot this season, mentally, thinking more about the team than scoring goals when I had my long period without goals.

“I know this season when we talk about statistics, it is not the best one. But it is still only one season and I know next season is going to be totally different for me.”