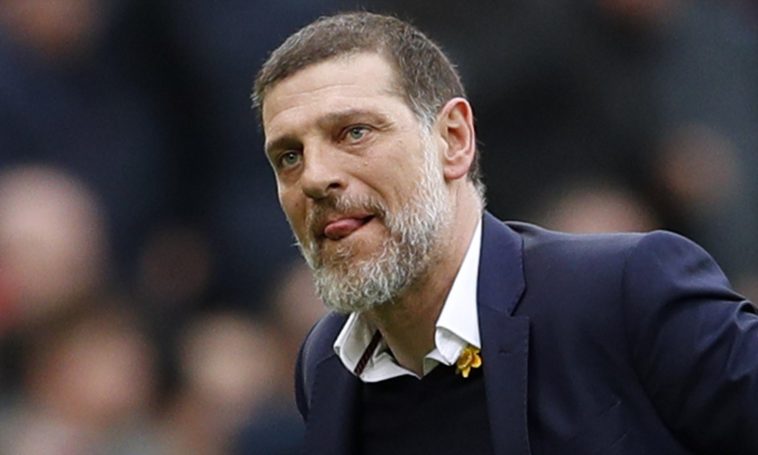 Ahead of Huddersfield’s visit to the London Stadium, a fixture where anything less than three points would very likely see Slaven Bilic sacked, speculation is mounting over his possible replacement at West Ham.

Though Rafa Benitez remains many bookmakers’ favourite to succeed Bilic, the Evening Standard were yesterday reporting that Roberto Mancini’s stock is rising with the West Ham board. Indeed, the Italian’s profile does fit the ambitions that the board hold for the club, and the title-winning Italian would undoubtedly be a popular choice amongst many West Ham fans. Yet lingering concerns from his time in England may yet keep Benitez as the preferred option.

Mancini’s most notable managerial success in England came during his tenure at Manchester City, where his side famously secured the 2011/12 Premier League title in injury time. Despite the late drama, City were also consistently high performers throughout the season, scoring the most goals whilst conceding the fewest, and keeping the most clean sheets, in the league. It was this consistency that secured the title, which was ultimately decided by goal difference, City enjoying a +8 advantage over closest rivals Manchester United. Indeed, consistency became something of a speciality for Mancini’s side. In each of his three full seasons at the Etihad, Manchester City conceded the fewest goals and kept the most clean sheets, seemingly proving Mancini’s philosophy is that the best defences win titles.

Defensive consistency is something the Hammers lacked last season under Bilic. The defence leaked 64 goals, dropping points from winning positions on seven occasions. With ten goals conceded thus far in just three games, the omens for an improvement on last season do not augur well. Mancini’s record at Manchester City, and in recent spells at Galatasaray, Inter Milan, and currently Zenit Saint Petersburg, have all been characterised by defensive solidity. Currently, Zenit are matching Mancini’s success in Manchester, with the most scored and fewest conceded after eight games.

Yet David Gold and David Sullivan have made no secret of their desire to watch attractive football at West Ham. Sam Allardyce’s contract was ultimately not renewed at the end of the 2014/15 season as a result of bad form, though his style of football was also a contributing factor. Unforgettably, his side were booed off the pitch following an unconvincing win over Hull City. Mancini’s focus on defence would be more likely to garner consistent results than an attack-minded manager, but his style of play would not fit with the ambitions of the chairmen. Nevertheless, further heavy defeats may yet persuade them to cut a deal with the devil.

A criticism levelled at Slaven Bilic has been the supposedly lax training regime at West Ham. Reece Oxford and Enner Valencia have both expressed surprise at the hard work of other sides, whilst Pablo Zabaleta and Joe Hart  worked to push the squad further in pre-season, following their arrival from Manchester City. Light training may well account for the lack of fitness that has contributed to West Ham’s defensive frailties, and will surely be an area targeted as a means of improving on-field performances. Roberto Mancini would be one possible solution to this, the Italian being noted for his rigorous training methods, which often involve double sessions. Hard work on the training ground would also be a means of salving supporter discontent by emphasising physical and mental commitment, traits which many have accused players of lacking amidst the recent run of poor results.

Nevertheless, Mancini’s methods may prove difficult to implement at West Ham. At Manchester City, he faced criticism from conditioning expert Raymond Verheijen, as well as players Carlos Tevez and Craig Bellamy, the former stating that the players were not happy with the double sessions. Verheijen was equally critical of these, stating that such practices resulted in unnecessary injuries at City. With West Ham already semi-notorious for training ground injuries, which have struck early this season to leave a depleted squad, Mancini’s methods will face scrutiny if his appointment is considered.

Moreover, Tevez’s statement that players were unhappy with Mancini raises further doubts. If players challenging for a title were dissatisfied with training, then ones fighting a probable relegation battle, which West Ham would be in if Mancini were appointed, would quite possibly respond worse. The presence of Joe Hart and Pablo Zabaleta, however, both of whom experienced Mancini’s methods at City, would perhaps aid in establishing a strict regime. The possibility is there for a rapid change in training policy, but the potential problems created may outweigh the benefits in the minds of the West Ham board.

Mancini offers an interesting solution to West Ham’s on-field problems, with his defensive minded play and strict training ticking boxes for many of the Hammers’ primary issues. Yet there are a number of doubts regarding his ability to fit Gold and Sullivan’s ideal that may keep him away from the London Stadium.

The potential for disagreement over style of play and training ground mentality is exacerbated by his history of public conflict with his colleagues. At both Manchester City and Galatasaray, Mancini engaged in public spats with players, staff, and chairmen, contributing to his end at both clubs. In the latter case, this was over Galatasaray’s transfer policy. Given the controversy surrounding West Ham’s recent window, with Sporting Lisbon claiming no bid was ever made for William Carvalho, a further breeding ground for conflict exists.

Mancini’s stature of having managed some of the world’s biggest clubs may nonetheless encourage the West Ham hierarchy to pursue him. This status, however, might discourage Mancini from joining a team currently in the lower half of the league. With doubts over Arsene Wenger’s longevity surfacing earlier than usual this season, Mancini may favour waiting in his current role at Zenit before seeking a position at the Emirates. Currently, it seems there are too many doubts over Mancini’s suitability, and desire, for the role to make him the favourite to take over were Bilic to be sacked in the near future.