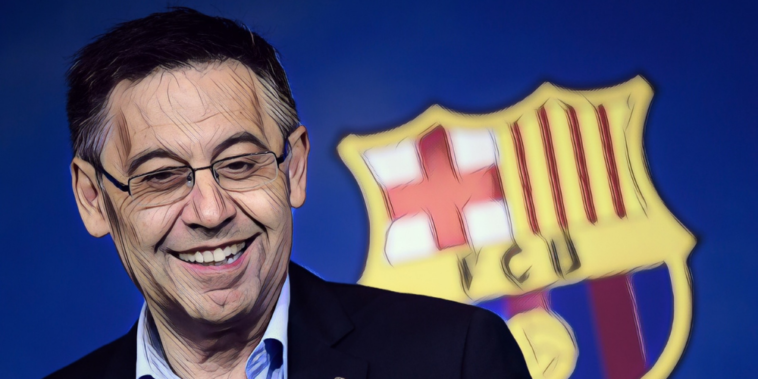 Former Barcelona president, Josep Maria Bartomeu, has been arrested by Spanish police following his involvement in a ‘smear campaign’ against Lionel Messi and other notable club figures.

Bartomeu resigned from his position in October alongside his board of directors, and has now been arrested at his home over his alleged involvement in a ‘smear campaign’ against Barcelona figures who opposed his reign as club president.

According to the Daily Mail, Spanish police have been investigating ‘Barcagate’, in which the club’s hierarchy are accused of launching a ‘smear campaign’ against several figures including club captain Messi, Gerard Pique and former Barcelona boss Pep Guardiola.

The report claims that Barcelona paid a significant sum to social media company, I3Ventures, who manage several social media accounts which have circled negative stories regarding figures including Messi, Pique, Guardiola, former club captain Carles Puyol and former president Joan Laporta – a list of names which have been critical of Bartomeu’s regime at the Camp Nou.

Barcelona were previously cleared of any wrongdoing in July 2020 following an audit by PricewaterhouseCoopers, though police have continued to investigate the matter and it has now led to the arrest of Bartomeu, adviser Jaume Masferrer, CEO Oscar Grau and head of legal services Roman Gomez Ponti.

The scandal is the latest piece of negativity surrounding the Catalan club who have found themselves in turmoil in recent times, a crippling financial situation and the ongoing chaos ensuing in the background having made this a hugely difficult period both on and off the pitch.

The ‘smear campaign’ against Messi came amid the superstar’s contract uncertainty with the Argentine yet to commit to a new deal with the Spanish side, the six-time Ballon d’Or winner having attempted to quit the club last summer.

Messi revealed Bartomeu ‘did not keep his word’ about an agreement in which he could walk away, leading to a dispute between club and player that ultimately saw Messi remain for the 2020/21 season and final year of his contract.

Barcelona are set to hold their presidential elections over the next week as a successor to the departed Bartomeu is elected.