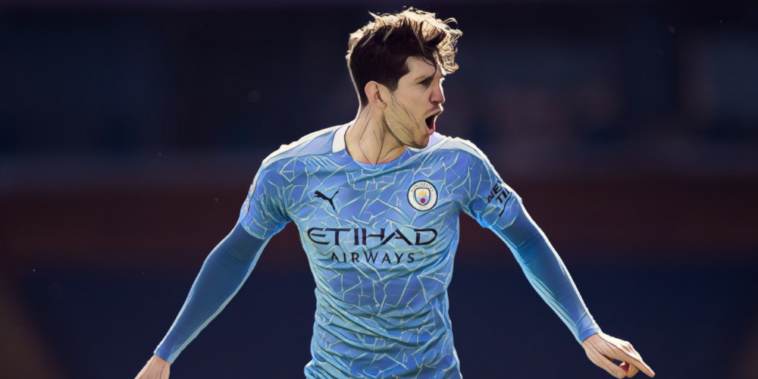 An unpredictable start to the season has since been replaced by an all too familiar feel, as champions elect Manchester City rack up the wins and Manchester United struggle to score against the Premier League’s ‘Big Six’.

Brighton continue to make a mockery of xG statistics with their wastefulness in front of goal reaching new heights with two penalty misses this weekend, whilst Liverpool returned to winning ways and there were important victories for Aston Villa and Arsenal as they bid to close the gap to the European places.

Our star turns feature picks out some of the Premier League’s leading performers on a weekly basis, here are seven players who shone this weekend:

This was it, the performance that Tottenham fans have been waiting for since the announcement that the former favourite would be returning to north London on loan from Real Madrid last summer.

Bale’s second spell at Spurs has been largely one disappointment throughout the opening months of the campaign, but after subtle signs he was finding his form in recent weeks the winger burst into life with a sensational showing this weekend.

Burnley simply couldn’t live with the Welshman who rolled back the years to produce his best performance for Spurs since leaving in a world-record deal almost eight years ago, opening the scoring after just 67 seconds in the 4-0 win and playing his part in all four goals against the Clarets.

Bale’s first came after a perfectly timed run and simple finish to open the scoring, before his creativity was demonstrated with a raking long pass into the path of Harry Kane to double the home side’s lead.

The 31-year-old was bright and inventive throughout and was involved in the third before scoring a sublime fourth, cutting inside from the right in vintage fashion before bending a fine finish in off the far post.

Four goals and three assists in his last four games.

Gareth Bale is showing signs of his best 💪 pic.twitter.com/PdaiCEzrbe

Bale’s form, fitness and desire has been questioned this season but this was a glimpse of what the winger is capable of when at his best, a superb showing and one that offers huge hope ahead of the Premier League’s run-in.

The prospect of Bale, Son Heung-Min and Harry Kane working in tandem was hugely anticipated at the start of the season and this weekend’s win showcased what that trio can provide when fit, firing and unleashed to run riot.

Luke Thomas will have hardly had a more difficult afternoon in his fledgeling career than the one he endured this weekend, the Leicester teenager withdrawn mercifully at half-time after struggling to cope with the threat of Arsenal’s Nicolas Pepe.

Pepe was scintillating during a first half in which the Foxes’ full-back failed to cope, picking up an early booking as the Ivorian inspired the north London side to a comeback victory at the King Power Stadium.

The winger danced round a number of challenges and was involved in all three goals in the 3-1 win, first winning the free-kick that led to David Luiz’s opener following some fine footwork, before his shot was handled by Wilfred Ndidi to hand the Gunners a penalty.

The 25-year-old’s performance was aided by the overlapping Cedric whose showing enabled Pepe to continually cut inside to devastating effect, with the winger having now scored four goals in his past seven league starts for the Gunners.

Pepe has also now provided 29 goals involvements in just 44 starts for Arsenal since making his club-record move from Lille, and Mikel Arteta will hope to coax more performances of a similar standard following arguably his best showing since moving to the Premier League.

Liverpool’s continued misfortune with injuries has led to the collapse of a title defence for the Reds, a succession of senior absentees leaving the champions with a fight just to ensure a top four finish this season.

Amongst the disappointments of the campaign has been the bright spark of Curtis Jones’ emergence, however, with the midfielder having been afforded increased minutes and stepping seamlessly into the Reds’ engine room this season.

The academy graduate made his 19th start of the season in all competitions against Sheffield United and continued to enhance his burgeoning reputation, opening the scoring with his first league goal of the campaign and impressing with his enterprising runs forward from midfield.

Jurgen Klopp has struggled to find additional goal threat and creativity from midfield in recent seasons with an over-reliance on the club’s front three, both Naby Keita and Alex Oxlade-Chamberlain having been plagued by injuries since arriving on Merseyside.

The solution, however, may have appeared on the club’s own doorstep with Jones growing in influence this season, the Scouser possessing an ability to take possession in tight areas and ghost forward dangerously into the final third.

Such an exciting talent. ✨ pic.twitter.com/xUzvUETLv5

Jones is far from the finished article but there are the makings of a player who could be a long-term fixture in the Liverpool side, his finish for the game’s opening goal at Bramall Lane excellent and the highlight of another strong showing from the youngster.

It may have been just his first league goal of the season and only his second in the Premier League, but there are encouraging signs that with the right guidance the 20-year-old could flourish as Liverpool’s link-man between midfield and attack.

Have people been too hasty in critiscising Liverpool’s Thiago Alcantara?

Another weekend, another Manchester City win and another excellent showing from a resurgent John Stones.

Pep Guardiola’s side extended their lead at the top of the division to 12 points following a hard-fought 2-1 win over an impressive West Ham, their goals coming from the unlikeliest of sources as centre-back duo Ruben Dias and Stones both netted at the Etihad.

Stones’ incredible renaissance has been well-documented this season and his performance this weekend was another reminder of his quality, largely nullifying the threat of the Hammers’ forward players with a diligent defensive display before becoming City’s match-winner.

Stones’ ability on the ball has never been questioned and he took his goal like a leading centre-forward, sweeping a finish into the far corner for his fourth goal of the season following a cut-back from Riyad Mahrez.

The goal was just the highlight of another assured display from the 26-year-old who won 100% of his duels and aerial challenges, whilst also completing 93% of his passes and making four ball recoveries, two blocks and two clearances.

His form – alongside the imperious Dias – has provided the platform for City’s title charge which looks set to end with a third Premier League crown in four seasons, and Stones will now hope to reclaim his international place ahead of this month’s international break.

On current form, he must be a certain starter for Gareth Southgate and England.

Included for the second successive week despite finding himself on the losing side this weekend, Jesse Lingard is another of England’s 2018 World Cup vintage enjoying a remarkable return to form this season.

It may be just the early stages – five league appearances to be exact – of Lingard’s loan spell with West Ham but he has been an excellent addition for the high-flying Hammers thus far, impressing once again despite his side slipping to a 2-1 defeat at Manchester City.

Lingard’s energy and ability to take possession on the half-turn has added a new dimension to the Hammers’ midfield and the 29-year-old was the perfect outlet on occasion at the Etihad, receiving the ball quickly before turning and carrying his side further up the pitch.

Lingard’s performance ensured Michail Antonio was not isolated against a miserly City defence and it was an encouraging display from David Moyes’ side, whose recent form has provided the confidence they can compete with the Premier League’s leading sides.

The visitors briefly threatened to end City’s winning run and it was Lingard who was central to their equaliser, showing brilliant movement to provide Vladimir Coufal a cut-back option before his scuffed shot was turned home from close-range by Antonio.

After finding himself as a forgotten man over the past 18 months at Manchester United, the midfielder has found a home at the London Stadium and is enjoying his football once more.

Willian’s free transfer arrival at Arsenal was widely viewed as one of the best pieces of business of the summer in pre-season, though the cross-capital switch from Chelsea has proven a huge disappointment to date.

The Brazilian has looked a shadow of the player who impressed during seven seasons at Stamford Bridge, with the consensus in hindsight that the decision by Chelsea not to hand the 32-year-old winger a three-year deal was a shrewd one.

Arsenal’s decision to meet those demands has since been heavily scrutinised and criticised with Willian becoming a much-maligned figure, though the summer arrival was excellent as the Gunners secured an impressive 3-1 win at an injury-hit Leicester this weekend.

It was the first time since 2015 that the north London side have beaten a team in the Premier League’s top three and Willian was amongst the architects of the win, involved in all three goals and finishing the clash with two assists.

The experienced star combined well with Kieran Tierney down the left and gave Timothy Castagne a torrid time, the Belgium international left contorted following one particular chop past the full-back.

After a number of performances in which he has looked lost and failed to vindicate the continued faith placed in him by Mikel Arteta, this was a welcome contribution as both Willian and Nicolas Pepe showed they can star with Bukayo Saka and Pierre-Emerick Aubameyang named amongst the substitutes.

A plethora of versatile attacking options can only benefit the Gunners’ hopes of closing the gap towards the European places.

One point agreed upon in a confrontational back-and-forth was that the Spurs defence has not been up to standard, an assessment that Davinson Sanchez appeared to take personally following his superb showing against the Clarets.

The towering Colombian was linked with some of Europe’s leading clubs following his emergence at Ajax before completing a £42m move to the Premier League, though the three-and-a-half years since his arrival at Spurs have seen him struggle for consistency.

Sanchez’s showing this weekend demonstrated the talent that once had Europe’s elite queuing up, however, dominating at the heart of the defence alongside Toby Alderweireld as Jose Mourinho’s side returned to winning ways.

⚔️ Sanchez won the most duels (14) in the match.#THFC #COYS pic.twitter.com/IMAwiEbtFz

The Colombia international won a huge 11 aerial duels in addition to making two tackles and nine clearances, including a brilliant sliding intervention to deny Jay Rodriguez in the game’s opening stages.

The 24-year-old has plenty left to do to prove he can be an undisputed starter in this side, but this was a positive performance and should ensure the shirt is now his to lose.