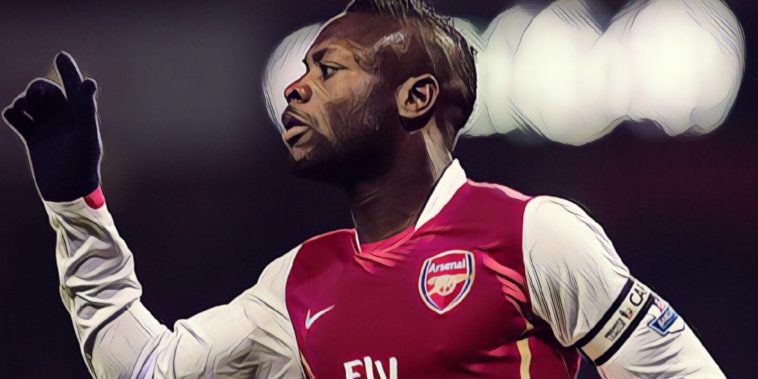 Former Arsenal and Chelsea ace William Gallas has said he is surprised by the news that Unai Emery is set to become the club’s new manager this week.

It was widely expected that Mikel Arteta was on the brink of becoming the new Gunners boss, but he has apparently turned down the opportunity after being unhappy at the club’s new setup, which would leave him with little control of the players coming in.

That saw Emery overtake the Spaniard in the race to take take over at the Emirates, after he famously guided Sevilla to three consecutive Europa League titles between 2014-2016 on a very limited budget.

The former PSG and Sevilla manager is expected to be announced as Arsene Wenger’s replacement within a few days, but Gallas – who spent four years at the Emirates between 2006 until 2010 – believes that club legends Thierry Henry and Patrick Vieira should have been given a chance:

“I’m a little bit surprised Unai Emery will be the manager,” he told Sky Sports

“I expected to see the former legend players like Patrick Vieira or Thierry Henry and personally I didn’t understand why they didn’t speak to them and offer them that job because they did a lot for that club.

“So I was a little bit surprised but I’m not a chairman, I’m just a former player and I give my opinion.

“I think in the next year we’ll see what Arsenal are going to do because they will be under pressure. If Unai Emery goes to Arsenal he needs results and it won’t be easy.”