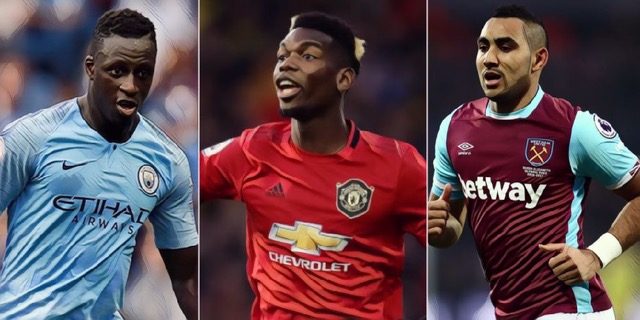 Le Havre is one of the oldest clubs in France, but they have spent most of their existence in Ligue 2. The club’s senior team has failed to make a name for themselves in their own Country, but their academy has become renowned.

The Normandy club set up their academy in 1983, becoming one of the contenders for all honours in French youth football, winning the French youth championship in 1989.

Since then the club has continued the tradition of developing players ready to make an impact in Ligue 1 and on the international stage, producing a variety of world-class footballers.

Many of the Le Havre academy graduates have graduated to become world champions with France in 2018.

Here are five of the best Le Havre products:

Although Pogba has gained more notoriety for his disagreements with Graeme Souness than his football in recent times, it is impossible to ignore the talents of the 27-year-old.

The Frenchman left Le Havre’s academy as a 15-year-old in 2009 to join Manchester United’s FA Youth Cup-winning side, which included Ravel Morrison and Jesse Lingard. After departing for Juventus on a free transfer at 18 due to a lack of first-team action, Pogba won four Serie A titles, two Coppa Italia’s, and appeared in the 2015 Champions League final.

He soon rejoined United for what was a world-record fee, where he has won a League Cup and a Europa League, during an inconsistent spell in Manchester. Pogba was a crucial part of the French side that won the World Cup in 2018, where he became Manchester United’s first-ever player to score in a World Cup final.

Pogba’s future at Old Trafford is the subject of constant speculation and he and his controversial agent Mino Raiola had been angling for a big money move away this summer, however, with football’s finances set to take a massive hit due to the Coronavirus crisis the talented midfielder may be forced into extending his stay at Old Trafford.

I don’t care what anyone says. Paul Pogba is the most talented player at Manchester United. He’s our most creative midfielder. So so good pic.twitter.com/4FkWk8tqDq

Payet will be fondly remembered by Premier League football fans, except for those who support West Ham. The talismanic forward brought joy to Upton Park in its final year, before damaging his legacy in a public standoff with the club, which led to his return to Marseille, just 18 months after leaving the club.

After coming through the ranks at Le Havre, Payet moved up the ladder in France. After beginning to flourish with Marseille, he moved to West Ham, with the club’s financial issues cited as the reason he was sold.

The French international was outstanding in his first season for West Ham, winning their Player of the Year award and being named in the PFA Premier League Team of the Year.

Once Marseille came under new ownership with financial stability, Payet made his intentions to move back to the club clear, tarnishing his legacy with the Hammers. Payet sealed his return to France in 2017, where he has continued to flourish with Marseille.

Chelsea fans will remember the energetic defensive midfielder as a bit-part player in their team, but after collecting an FA Cup and League Cup with Jose Mourinho’s side he joined the list of players to play for both Arsenal and their South London rivals. After impressing in his first season with the senior team at Le Havre, Roman Abramovich invested in the young Frenchman.

‘Lass’ then moved to Portsmouth, where he became an important first-team player in Harry Redknapp’s FA Cup-winning side. After a single season at Fratton Park, Real Madrid came calling.

Diarra became an important player for Los Blancos, winning La Liga, a Copa Del Rey, and a Spanish Super Cup. Mourinho once again made Diarra a bit-part player in Madrid, the France international continuing the trend of his career by moving on quickly, joining Anzhi Makhachkala, before Lokomotiv Moscow, Marseille, and Al Jazira.

The journeyman finished his career with a final flourish in Paris beginning in 2018, where he collected each available trophy in France, before retiring in 2019. He was known for getting up and down the pitch quickly, being a brilliant man-marker, and scoring the odd screamer.

Five of the best players to play for Chelsea and Arsenal

Although Mandanda’s impact on the Premier League was short and not so sweet, his career in France has been outstanding. After impressing at Le Havre, he earned a move to Marseille, where he soon became a club legend.

The French keeper won Ligue 1 goalkeeper of the year in his first season when he was on loan. He went on to win the accolade four more times, as well as a Ligue 1 title in 2010 and three French League Cups.

His move to Crystal Palace in 2016 was similar to Payet’s move to West Ham, as it was out of financial necessity for Marseille. The French international was injured for most of the season before returning to a more financially stable Marseille a year later.

Being known as “Frenchie” by relatives for choosing to play for France over Congo has bared little consequence to him in comparison with the highlight of his career so far, winning the World Cup in 2018. He is currently captain at Marseille, where he has made over 500 appearances.

Even at 25 years of age, with much of his career spent recovering from injuries and acting the lad on social media, Benjamin Mendy has an incredible list of honours. After moving up the ranks at Le Havre, Mendy became one of the many players in recent years to earn a move to Marseille, where he played for three years before moving to Monaco.

The left-back became a star player for the Ligue 1 outfit, as their famous team including the likes of Kylian Mbappe and Bernardo Silva became the only side in recent years able to best PSG in France and win Ligue 1, as well as make it to the semi-final of the Champions League.

As the team broke up, Mendy joined Pep Guardiola’s Manchester City for £52 million, setting a record at the time as the most expensive defender in the world. Despite suffering multiple serious injuries, he has played a role in two Premier League victories and three League Cup triumphs.

If the talented full back can finally break free of his injury issues the future looks bright for a player who has already won a World Cup and has already made more Premier League appearances this season than any previous campaign. The Citizen will look to continue the attention he is gaining on the pitch as well as his character off the pitch.