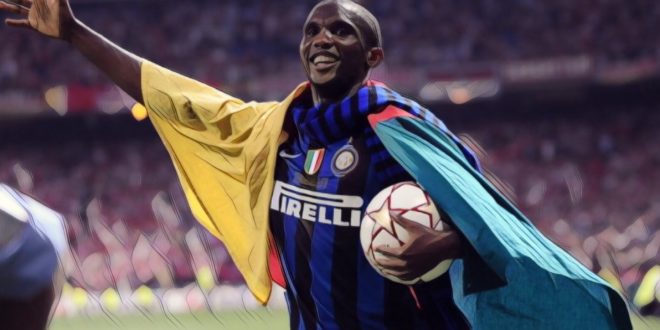 The greatest competition in European club football, the UEFA Champions League remains the pinnacle for Europe’s elite and only football’s finest are privileged enough to lift the game’s biggest honour.

Making a decision to leave the reigning champions of Europe seems an odd move for players with ambitions of winning major silverware, but there are a select few who have gone on to retain the trophy despite switching sides.

Here are the four players to win back-to-back Champions Leagues with different clubs:

The first man to lift the trophy with two different clubs during the Champions League era, Desailly achieved the feat in back-to-back campaigns during the first two seasons of the rebranded competition.

Marcel ‘The Rock’ Desailly formed part of the Marseille side that became France’s first – and so far only – European champions in 1993, the French centre-back playing the entire contest as AC Milan were beaten 1-0 in Munich courtesy of a goal from Basile Boli.

The Rossoneri were clearly impressed by the Frenchman’s talents, securing his signing that summer to strengthen a side that reached three consecutive Champions League finals in a golden period for Italian sides in Europe.

Desailly’s debut season in Milan culminated with one of the most memorable final results of all-time, Fabio Capello’s side thrashing pre-match favourites Barcelona 4-0 in Athens, their summer signing scoring the fourth goal to seal a comprehensive victory.

The nineties saw Italian football at arguably its strongest and Juventus were one of several Serie A sides to regularly feature in the latter stages of European competition.

Juve reached three successive Champions League finals during the decade, being crowned champions of Europe for the second time after beating holders Ajax on penalties in Rome.

Marcello Lippi’s side contained the industrious talents of Portuguese international Paulo Sousa, though the midfielder was allowed to depart for Borussia Dortmund that summer following a series of exciting arrivals in Turin including Christian Vieri and Zinedine Zidane.

Sousa, however, came back to haunt his former side during his debut season in the Bundesliga, playing the entirety of the contest as Dortmund were surprisingly crowned Champions League winners at Juve’s expense in 1997.

Pique’s four-year spell in the Premier League saw him make just a handful of first-team appearances, however, though he received the first Champions League winners’ medal of his career after United beat Chelsea in 2008 final despite being left out of the match-day squad.

That summer saw the defender return to Spain and Barcelona, where he flourished under the guidance of a young Pep Guardiola to make it back-to-back Champions League victories – defeating former side United 2-0 in Rome.

Barcelona later defeated United once more in the final two years later, whilst Pique secured the fourth Champions League title of his career after the Spanish giants beat Juventus to secure another treble in 2015.

Eto’o developed a reputation as one of Europe’s finest finishers during a prolific five-year spell at Barcelona, winning two Champions League titles and twice scoring in final successes for the Spaniards in 2006 and 2009 respectively.

The second of those Champions League successes came as part of a historic continental treble, a feat Eto’o would repeat the following season after signing for Inter Milan – Jose Mourinho guiding the Nerazzurri to the first treble in Italian football history.

Eto’o’s back-to-back successes also made him the first – and so far only – player to achieve successive continental trebles with two different clubs, whilst he is one of just a select few stars to have scored in multiple finals.