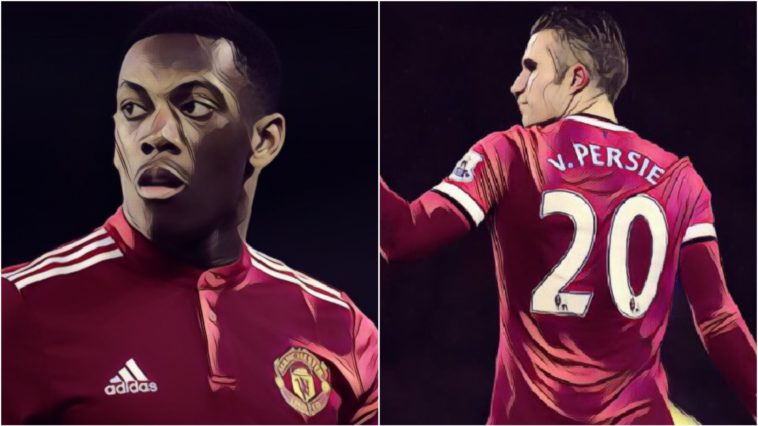 The funniest and best football-related tweets from the week gone by, featuring Robin van Persie, Anthony Martial’s botched apology, a terrifying mascot and the perfect volley.

Well done you, you’ve gotten over ‘hump day’ and are now one day closer to the weekend. Frankly, if you use that phrase unironically I can’t respect you, and I certainly can’t feel sorry for you if a midweek of Champions League football can’t get you out of your slump.

But look, I don’t want any enmity between us, so I’ve compiled a few tweets that you probably missed while you were fretting over spreadsheets and projects or whatever other nonsense your 9-5 life demands of you. Enjoy.

Robin van Persie, restoring your faith in humanity one high five at a time.

Arsenal fan instantly forgiving the Dutchman for leaving their club after watching this.

Not sure who was happier to see who! These guys brought a huge smile to my face though. ? pic.twitter.com/55Bm3XQdSo

The moment you realise you should have gotten a professional to write your apology statement.

After Anthony Martial was caught cheating on his fiancé, the Manchester United winger apologised for “the evil I have been able to do”.

“There’s no such thing as the perfect go-“

Alexa, show me the perfect camera angle for this volley.https://t.co/94JoY1Ig42

That northern Irish accent is a mind melt.

Which is it? Let me know for the #WOF and any other stories you want covering ✌? https://t.co/VTXqZp0uC7

The most terrifying mascot since Kingsley came to Partick Thistle.

You’ll find Barry the Bodhran in the corner of a pub at 2am smacking the face off himself.

Mascot for UEFA Under 17 European Championships – which takes place across Ireland in May – is unveiled. #Bodhran pic.twitter.com/ukZtK5NYSQ

? An exceptional environment in which to live and learn.

Whether you’re an Aber Local, an @AberUni Student, or a Visitor to the area, you’ll know what an amazing place this is, summed up in a single photo?#LoveAber#Seasiders pic.twitter.com/0cLbzzvXEz

The great Jimmy Greaves is 79 today. Let’s hope they got the weather forecast right.

You know what happens if they don’t…pic.twitter.com/UINTMhfkal

A reminder to support local football from this brilliant video by a League of Ireland club.

Unnecessary, but impressive all the same.

The best piece of skill we've seen in the Champions League this season ??? pic.twitter.com/LRJJcCrh9Q

And here’s a bonus one to ruin your week.

I see Ronaldo has morphed into a playground Liverpool fan banging on about past glories.