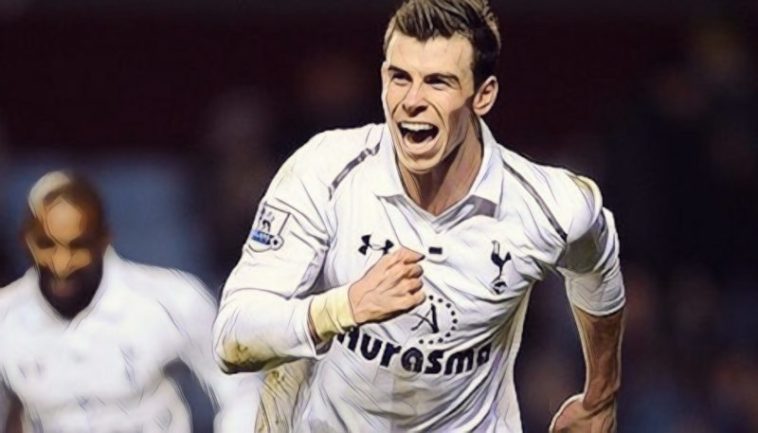 Footballers are often pigeon-holed into positions at a young age based on their attributes, whether it be the quickest players placed on the flanks, or the larger lads stuck in the heart of the backline.

Some youngsters will be tested elsewhere during their development, but it is rare to see fully-fledged professionals completely alter their game. History tells us, however, that positional changes can sometimes change the course of a career forever.

Here are five world-class footballers who owe their careers to a change of position:

Henry began his career in the youth system at Monaco and spent time developing at France’s illustrious football centre, Clairefontaine. His career as a young player saw him largely play as a forward, but once introduced into the first-team set up at Monaco, he was shunted out to the left-flank.

Henry’s electric acceleration seemed suited to a wide role but he struggled to make an impression following a move to Juventus, even being deployed as a wing-back on occasion by the Italian giants.

It would take a move to the Premier League and Arsenal for Henry to realise his full potential, where reunited with former Monaco manager Arsene Wenger, he was handed an opportunity as a central forward.

The Frenchman initially struggled in the role and took seven games to open his account for the north London side, before flourishing into arguably the greatest striker in the history of the Premier League.

Henry’s eight-season spell with the Gunners saw him win a record four Premier League Golden Boots, in addition to becoming the all-time record goalscorer in the history of both Arsenal and France.

Henry finished his career having scored 360 career club goals, a fine tally for a once under-performing and inconsistent winger.

One of the great midfielders in the history of Italian football and everyone’s favourite man-crush, Andrea Pirlo epitomised cool during a career that included spells at both Milan clubs and Juventus.

The bearded-playmaker developed a reputation as one of the finest deep-lying midfielders in history throughout his time at the highest level, though his career did not take off until a positional change into his regista role as a midfield pivot.

Pirlo began his career much higher up the pitch as a number ten or trequartista, enjoying mixed spells at Brescia, Inter Milan and Reggina. It wasn’t until a switch across the Milan divide that Pirlo began to exhibit his full range of talents, thriving as a deep-lying midfield metronome for Carlo Ancelotti’s Rossoneri.

Pirlo won two league titles and two Champions Leagues with Milan, in addition to the World Cup with Italy, before elevating his game to even greater heights following a free transfer move to Juventus.

In four seasons with the Turin giants, he won four successive Scudetto and was named as Serie A Footballer of the Year on three occasions.

10 of the best quotes about the mercurial Andrea Pirlo

Bastian Schweinsteiger emerged for club and country as an energetic and dynamic wide player, often fielded on the right-flank for both Bayern Munich and the German national side.

Whilst making an impression during his time as a winger, it was not until the arrival of Louis van Gaal in Bavaria that truly elevated Schweinsteiger’s game to the heights it reached.

The German was redeployed as one of two holding midfield players in a rigid 4-2-3-1 system, where it quickly became apparent Van Gaal’s vision would prove a success. Schweinsteiger thrived in a central role, his passing range, reading of the game and energy bringing a new dimension to a Bayern side which had been in danger of stagnation.

Named as Footballer of the Year in Germany after Bayern’s treble success in 2013, Schweinsteiger was also named as ‘the brain’ of the German national side by Joachim Low, as he helped Die Mannschaft to World Cup glory the following year.

Amongst the best – and most complete – midfielders of his generation, Schweinsteiger won eight Bundesliga titles and seven German Cups with Bayern before later stints at Manchester United and Chicago Fire.

Arsene Wenger up to his old tricks once more, finding a fleet-footed wide talent and transforming said talent into one of the greatest goalscorers of the Premier League era.

Robin van Persie arrived at Arsenal from Feyenoord as a talented but temperamental left-winger, though Wenger had spotted something in the young Dutchman that made him sure he had found the long-term replacement for Dennis Bergkamp.

Van Persie was soon switched into a central role and thrived as a second striker, though it was leading the line that truly unleashed the devastating best from the former Netherlands international.

He quickly established himself as a prolific goalscorer and won a host of individual accolades during a sensational 2011/12 season, being named as the PFA Player’s Player of the Year and FWA Footballer of the Year after scoring a league leading 30 Premier League goals for the Gunners.

He remains the highest scoring Dutch player in the history of the Premier League and the all-time record goalscorer for the Netherlands at international level.

Remember when Gareth Bale was an under-performing left-back and carried the stigma of being declared ‘bad luck’ by Sir Alex Ferguson? It seems an awfully long time ago.

After bursting onto the scene as a teenager at Southampton, Bale’s dream move to north London turned into somewhat of a nightmare as he struggled to make an impression, playing the first 24 games of his Premier League career without once being on the winning side.

Bale’s fortunes, however, changed with a move forwards to the left-flank, where his strength, technique and athleticism made him an almost unplayable proposition.

Few can forget the Welshman’s true breakout performances against Inter Milan in the Champions League, his one-man dismantling of Maicon – then considered amongst the game’s best right-backs – written into the folklore of the north London side.

Twice named as the PFA Player’s Player of the Year, he became the most expensive player in history when signing for Real Madrid seven years ago, where he has since scored over a century of goals and won four Champions League titles.

Arguably the greatest Welsh player in history, Bale’s meteoric rise was some story after the initial struggles of his time at Tottenham.