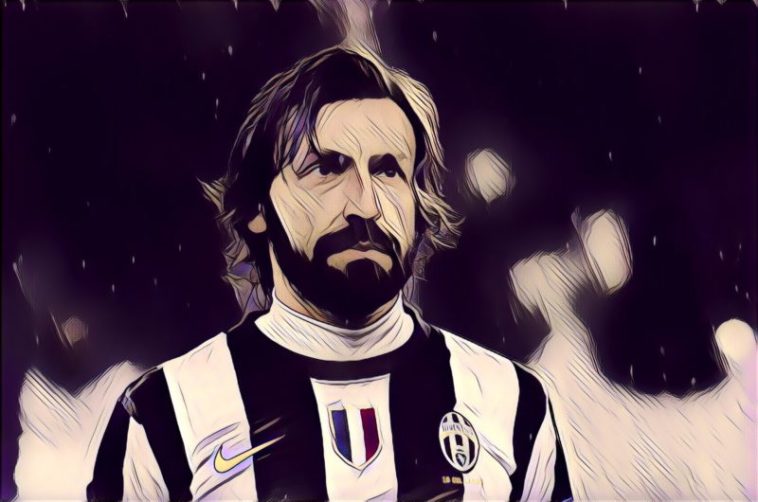 Andrea Pirlo was one of the coolest players to have ever played the game, like the fine wine he enjoys, his career and reputation only improved with age. Football may have gotten faster since he made his debut with Brescia in 1995 but that didn’t really matter to Pirlo since it often seemed as though he was playing a completely different game anyway.

Never hurried, he always seemed to be in space and whether it was simply moving the ball along to keep possession or springing free his attackers with inch perfect through balls, he always looked as though he was enjoying a leisurely kick-about in the park.

Running too much was for fools, worrying even more so. His nicknames, The Architect, The Professor, Maestro and Mozart give an indication to the way he built his side’s attacks in a clever, artistic way. But it wasn’t style without substance. 6 Serie A titles, 2 Copa Italias, 2 Champions Leagues and a World Cup triumph were just some of the highlights of a glittering career and as he recently decided to hang up his boots, we look back at some of the things his peers had to say about him and some words from the Maestro himself

“When Andrea told me that he was joining us, the first thing I thought was: ‘God exists’. A player of his level and ability, not to mention that he was free, I think it was the signing of the century!” – Gianluigi Buffon

“Pirlo is a silent leader. He speaks with his feet.” – Marcello Lippi

“To pass the ball to Andrea Pirlo is like to hide it in a safe.” – Zbigniew Boniek

“Pirlo’s got feet of gold. To strike the ball the way he does, I’m going to need many years of practice yet. If only I could kick the ball like him.” – Paul Pogba

“Pirlo has touched my soul because we played with each other for over 10 years. He is an example and he deserves all the respect he gets.” – Daniele De Rossi

“His vision, what he can do with the ball, and what he’s able to create, make him a true superstar. Andrea has something which you don’t see very often.” – Roberto Baggio

“A footballer in capital letters, spectacular. There is no player in the world right now that shares Pirlo’s talent. We played at all levels before finally meeting as professionals, when he was playing for Italy, Milan and now Juventus. I have always been a fan and admirer of Pirlo.” – Xavi

“I like to think of myself as a director, on the pitch and in life.” – Pirlo

“I strike dead balls alla Pirlo. Each shot bears my name and they’re all my children.” – Pirlo

“I don’t feel pressure… I don’t give a toss about it. I spent the afternoon of Sunday, 9 July, 2006 in Berlin sleeping and playing the PlayStation. In the evening, I went out and won the World Cup.” – Pirlo