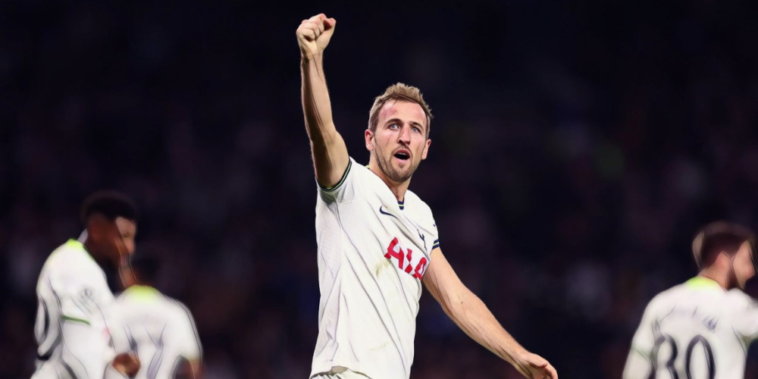 Ahead the final round of Champions League group stage action, we look at five talking points.

Rangers returned to Europe’s top table for the first time in more than a decade this season, with the Scottish club aiming to upset the odds after a tough group stage draw.

Rangers reached the final of the Europa League last term with a memorable run through the tournament, but have found the Champions League a sizeable step up from its sister competition.

Giovanni van Bronckhorst’s side are without a point and have scored just one goal, with home and away defeats to Liverpool and Napoli, alongside an opening thrashing at Ajax, condemning the club to an early exit. An unlikely five-goal win over Ajax is required to salvage a place in the Europa League, but first on Van Bronckhorst’s to-do list will be avoiding unwanted history.

Rangers boss Giovanni van Bronckhorst says despite having a horrendous record in the UEFA Champions League this season, these are the games he wants his side involved in. pic.twitter.com/4DcNyMumfi

Rangers are in danger of becoming the Champions League’s worst-ever side, sitting pointless after five games with a goal difference of -18. Dinamo Zagreb currently hold that title, having lost all six games during the 2011/12 season with a -19 goal difference.

Rangers are not alone in battling against unwanted immortality however, with Czech champions Viktoria Plzen also in contention. Plzen are one better off than Rangers in terms of goal difference, following five straight defeats in a Group of Death containing Bayern Munich, Inter Milan and Barcelona. The club host Barcelona in their final group stage fixture this week.

Liverpool are assured of their place in the knockout rounds after home and away wins over Rangers and Ajax, but face an almighty task to overhaul Napoli at the top of the group.

Napoli’s 4-1 win in the reverse fixtures means Liverpool must win by four goals to progress as group winners, as the two teams go head-to-head at Anfield this week.

📺 Jurgen Klopp on having a point to prove against Napoli:

“The most important thing in the Champions League group is that you qualify for last 16, that's what we did.” 🔴 pic.twitter.com/z3KWwrtxoE

Jurgen Klopp now faces a decision to make on his selection, with a crucial clash against top four rivals Tottenham looming at the weekend. The Reds have been in dreadful form domestically and have suffered consecutive defeats to Nottingham Forest and Leeds, results which have left Klopp’s side closer to the relegation places than the top four.

With qualification already assured, the German could look to rest some of his team ahead of the trip to Spurs, with the north Londoners without that luxury and in need of a result in Marseille to progress this week. A much-changed team runs the risk of adding to the negative atmosphere at Anfield however, as a Napoli team emerging as dark horses for the Champions League arrive on Merseyside.

Luciano Spalletti’s side are unbeaten in all competitions this season and are the Champions League’s leading scorers, having become the first Italian team to score 20 goals in a group stage campaign.

All to play for in Group D

Group D looks set to be the most fascinating viewing heading into the final round of fixtures, with all four teams still possessing a chance of qualification ahead of Matchday 6.

Tottenham are in control of the group and sit top on eight points. Antonio Conte’s team will win the group with a win at Marseille, while a draw will also see Spurs progress regardless of the result between Sporting Lisbon and Eintracht Frankfurt in Portugal.

Marseille vs. Tottenham
Sporting vs. Frankfurt

Should Spurs lose in Marseille and the other game end in a draw, just one point would separate the four teams after six fixtures. Marseille – currently bottom of the group – would progress as group winners, while Sporting Lisbon would overhaul Spurs and claim second place due to a superior head-to-head record against the north Londoners. That scenario would see Spurs drop into the Europa League.

It will be an evening where each goal could have a dramatic impact on the final table.

The Europa League spends much of its time in the shadow of the Champions League, but Europe’s secondary tournament could be set for an injection of illustrious names this season.

A number of fallen giants mean the Europa League could be set for a line-up of glamorous names in the knockout stages, with some of the continent’s most prestigious clubs set to drop into the competition.

Barcelona are already confirmed entrants for the round of 32 after finishing third in their Champions League group, as are record six-time winners Sevilla. Juventus and Ajax are expected to join them in the Europa League, with Juventus, Barcelona and Ajax boasting 11 Champions League titles between them.

Atletico Madrid, Tottenham, AC Milan and RB Leipzig are among the clubs who could also potentially be among the drop-outs.

With Manchester United and Arsenal already awaiting in the Europa League – alongside past European champions in PSV and Feyenoord – the latter stages of the competition could be the most competitive for some time.

Spanish football was once deemed the strongest domestic division in Europe and the success of La Liga clubs in Europe has been a compelling argument for that view.

Real Madrid are the only Spanish club moving on to the knockouts of the Champions League 😲 pic.twitter.com/7mlPDi4KWt

Spain will have just one team in the Champions League knockout rounds this season however, with Barcelona, Atletico Madrid and Sevilla all eliminated. Holders Real Madrid will fly the flag for La Liga alone, in a performance that will cause concern for a nation that has become accustomed to dominating continental competition.

England in comparison could have four teams in the last 16, while Germany, Portugal and Italy could all have three. Spain will join Belgium in having just one representative.