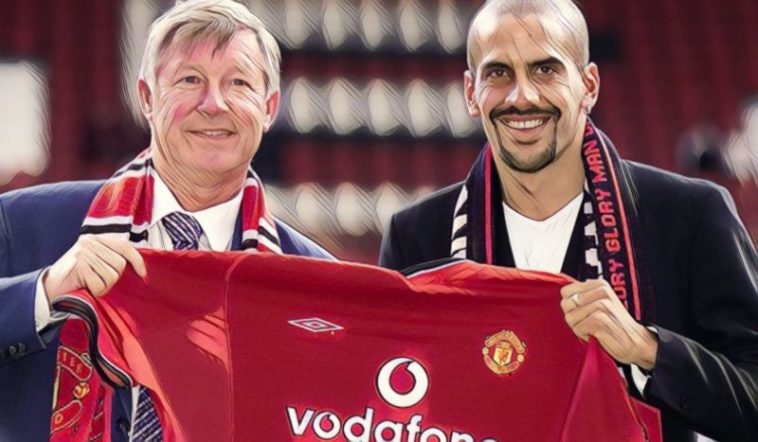 Juventus star Paulo Dybala continues to be linked with a move to Manchester United, the two clubs in talks over a swap deal involving the Argentine and Romelu Lukaku which would prove one of the most exciting transfers of the summer.

The 25-year-old has established himself as one of Serie A’s leading lights, winning four consecutive titles in Turin and being named in the division’s Team of the Year on three occasions.

However, history tells us that signing players from Serie A often comes with risk, with a host of Italian imports having struggled in England’s top flight.

One of the highest-profile flops in Premier League history, Manchester United smashed the British transfer-record to secure the signing of the Argentine playmaker in 2001.

Having emerged as part of an exciting Parma team in the late nineties, Veron had established himself as one of Europe’s leading midfielders after inspiring Sven-Göran Eriksson’s Lazio side to a Serie A, Coppa Italia and Italian Super Cup treble in 2000.

Veron’s performances persuaded Sir Alex Ferguson to spend £29.1m to bring him to the Premier League, but after a bright start he began to struggle.

The pace and physicality of the Premier League saw Veron’s form drastically dip, his better performances saved for the slower tempo of European occasions.

After just two seasons at Old Trafford, Veron was sold to Premier League rivals Chelsea, where he made just seven league appearances before returning to Italy with Inter Milan.

Shevchenko was widely acknowledged as one of the world’s finest finishers, having twice finished as Serie A’s top scorer in a prolific spell at AC Milan.

The Ukrainian forward arrived at Stamford Bridge in a British transfer-record £30.8m deal, but soon struggled with the demands of the Premier League.

Shevchenko scored just four goals in 30 league appearances during his debut season, before hitting a further five the following year.

After two hugely underwhelming seasons in West London, he rejoined Milan on loan, his big-money move widely regarded as an expensive mistake.

Despite losing just twice all season, Liverpool finished runners-up to Manchester United in 2008/09 title race after a series of draws.

Xabi Alonso’s departure to Real Madrid at the season’s end was a major blow, though Liverpool had high hopes after signing Italian international Aquilani from Roma.

Aquilani had been tipped to be the man to help Rafael Benitez’s side unlock the tightest of defences and turn draws into wins, the midfielder arriving with a reputation as a versatile playmaker with vision and technique.

The move would not work out as planned, Aquilani would make minimal impact and suffer a series of injury problems, making just 18 league appearances for the club.

Loan spells at Juventus and Milan would follow, before a permanent return to Italy with Fiorentina in 2012.

Perhaps harsh, given his earlier career at Manchester City, but Balotelli’s second stint in the Premier League was certainly one to forget.

After a three-year spell at City in which he won a Premier League and FA Cup, Balotelli returned to Italy and enjoyed a prolific season at AC Milan.

After seeing the Italian hit 30 goals in 54 appearances for Milan, Liverpool manager Brendan Rodgers decided the bonkers Balotelli was the man capable of replacing the departed Luis Suarez.

Balotelli was everything Suarez wasn’t, his lack of movement and work-rate in contrast to Rodgers’ pressing style.

He scored just one league goal for the club in his single season at Anfield, before being shipped back to Milan on loan.

The Colombian had shone in Serie A at Fiorentina, his direct approach to wing-play persuading Chelsea to bring him to the Premier League to add to their attacking options.

Cuadrado cost the West London club a pricey £26.8m, whilst a certain Mohamed Salah was sent the other way on loan.

The winger failed to replicate the form he had shown in Italian football, struggling to establish himself in the first-team at Stamford Bridge and failed to score in just 12 league appearances in his first season at the club.

Chelsea had seen enough, sending him back to Serie A with Juventus after just one season in England.

Read Also: Six of the best signings from the last summers transfer window