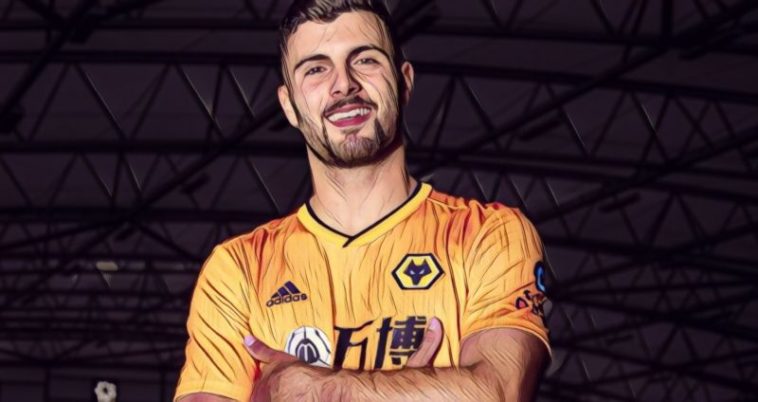 Wolverhampton Wanderers were one of the most impressive teams in the Premier League last season, managing a seventh-place finish, securing Europa League qualification, and all the while entertaining fans through exhilarating attacking football and surprising wins against the best teams in the country.

Heading into the 2019/20 season, Nuno Espirito Santo will be looking to strengthen his squad as they aim to balance continental and domestic football while also attempting to build upon their successes of the previous campaign.

While Wolves have wealthy owners and a notorious affiliation with Jorge Mendes, their recruitment strategy is more astute than simply trying to buy good players. This is because Wolves are a team based on cohesion, as shown by the fact that Santo used just 16 outfield players (who are all still at the club) last season.

Each member of the starting XI has a firm understanding of the manager’s tactical principles and how they as individuals are meant to operate within that framework. Although they do have good individual players, those players are able to perform at a high level because they operate as a unit within Santo’s system.

As such, Wolves must be cognizant of the fact that in order to improve their squad, they must not disrupt this harmony in the group and ensure that the players they acquire fit a certain profile. They should want to be at Wolves rather than using the club as a pit-stop to a top-six side. They should be young enough so that they can be moulded to fit within Santo’s tactical system.

Crucially, they should be able to provide Santo with more options in the squad without disrupting the continuity of the starting XI. Given these circumstances, the signing of Patrick Cutrone for £16 million is a smart transfer.

Cutrone made his AC Milan debut during the last game of the 16/17 season, before having a breakthrough year in the 17/18 season, scoring 18 goals in 46 appearances with 10 goals in Serie A. With Andre Silva, Nikola Kalinic, Gonzalo Higuain, and Krzysztof Piatek to contend with, Cutrone never cemented a started role at the Rossoneri, instead being used as a bench player to impact games late on. However, the young Italian has shown that he has tremendous talent and the capabilities to thrive as a modern number nine.

He is a well-rounded finisher, capable of scoring headers and with both feet. He has excellent movement, and is able to find pockets of space inside the box to score from while also being able to drop off and drift wide to link play. Cutrone also possesses an exceptional work rate, making him an appealing option for teams that want to press aggressively from the front. He has a wide array of skills, and at 21, has plenty of time to improve upon them in the future.

Cutrone fits well within Santo’s preferred setup. The Portuguese manager has not deviated from the use of a back three at Wolves, mainly using a 3-5-2 formation. Wolves look to patiently circulate possession at the back before transitioning the ball into the final third through quick, vertical passes into the channels.

This transition from patient build-up to direct attacking play places a great amount of onus on the Wolves attackers, as they must be able to move intelligently and find space in between the lines to ensure that they can create opportunities once receiving the ball.

This is one of the reasons Wolves were willing to spend £30 million on Raul Jimenez, after he thrived as the focal point of their attack alongside Diogo Jota. Wolves also rely on width to create chances, either through crosses from the wing-backs, quick switches of play, or the creation of overloads through Jota or one of the midfielders peeling wide.

Out of possession, both strikers have to press the opposition aggressively or drop back to create a compact defensive block that is difficult to break down. Once again, this puts a great amount of responsibility on the front two to work hard out of possession and understand when to press and when to drop back.

Cutrone would fit well into this system given his array of attributes. He’s demonstrated a capacity to link play, drop off, and use his movement to create space for goal-scoring opportunities. He is a tireless worker off the ball and will no doubt be able to assist Wolves in their pressing game.

He would also be able to perform either Jota’s role of dropping off and linking play or Jimenez’s role of acting as a focal point, making him a versatile option for Santo.

However, given that Jimenez and Jota performed so well last year, it’s unlikely that Cutrone will be a starting option for Wolves at the beginning of the season. When taking into account the fact that Cutrone hasn’t succeeded playing in a front two in the past, hasn’t consistently been a starting number nine for a team, and is unproven in the Premier League, it makes the possibility of him starting even less likely.

But that is exactly what Wolves need. They need players who have the skill set that can fit their system, the potential to improve under the guidance of Santo, and enhance their squad depth rather than trying to make an immediate impression on their starting eleven.

This is not to say that Cutrone won’t start at all, especially given that Wolves will be playing in the Europa League and Cutrone has played in the competition before. In time, Cutrone could become the starting number nine for Wolves, as he is seven years younger than Jimenez. At present, he will serve as an excellent alternative, providing Santo with the kind of quality squad depth that he needs to continue to improve the side.

Wolves have once again shown that they’re more than a club with rich owners, a big name agent affiliation, and talented players. Should their astute recruitment continue, breaking the dominance of the top six will slowly but surely become a more realistic proposition. Patrick Cutrone will no doubt be an important part of that journey.

Read Also: Six of the best signings from the last summers transfer window