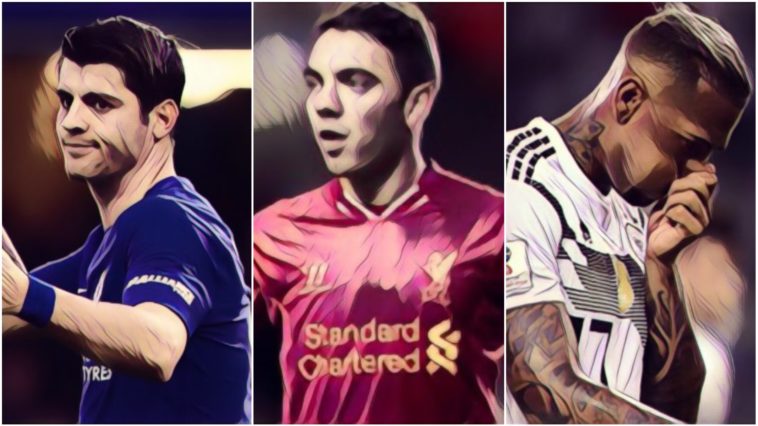 The players deemed not worthy of the Premier League, but have gone on to much greater things in Europe’s major leagues.

During the week we saw two Premier League teams go toe-to-toe with elite European teams in the semi-finals of the Champions League, and both were soundly beaten.

Spurs were only defeated 1-0 by Ajax, but were outplayed by a wide margin in their own backyard, while Liverpool performed well against Barcelona in the Nou Camp, yet still suffered a crushing 3-0 loss.

Barça’s defence is marshalled by former Manchester United centre-back Gerard Pique, who joined the Red Devils as a 17-year-old, before returning to his hometown club after being unable to stake a claim in the first team after four years. He was labelled a flop, but went on to have incredible success with Barcelona.

Meanwhile, Ajax’s side contains Dusan Tadic and Daley Blind, who were sold by Southampton and Man United respectively last summer. Both men spent four relatively decent seasons in England, so they could hardly be deemed failures, but letting them go seemed the correct decision at the time.

Although, the part they have played in the Dutch outfit’s run to the last four of Europe’s premier competition perhaps suggests they were hasty to do so. That got us thinking, which other players saw their career take off after a poor stint in the Best League In The World™.

Five footballers who flopped in the Premier League but are playing well elsewhere:

Making his way at Fiorentina, Juan Cuadrado burst onto the international scene in some impressive performances for Colombia at the 2014 World Cup. A move to Manchester United was mooted that summer, but instead he went to Chelsea the following January.

It was a classic luxury signing for the London, a player they didn’t need or have any use for, but bought anyway just because they could, like Mo Salah. He ended up playing just 15 times for the Blues, before heading back to Italy.

In his four seasons at Juventus, the tricky winger has won four Serie A titles, three Coppa Italia trophies, and played in a Champions League final, although it was only a brief appearance as he was sent off just 14 minutes after coming on.

Cuadrado’s time at Chelsea was a bust, but he did at least come away with Premier League and League Cup winners medals.

When Manchester City became filthy stinking rich in the late noughties, they spent some money well and spent some badly. Jerome Boateng’s £10m move from Hamburg appears, at least on paper, to have been a good bit of business.

It didn’t turn out that way, however, with the centre-back making just 16 league appearances under Roberto Mancini. Boateng could not get in the team ahead of Vincent Kompany and Joleon Lescott, and was even tried out at right-back by the manager, but this idea failed too.

Of his time in England, the German later said that players are not given enough time to settle in and pointedly criticized the media:

“The English press does not give you any time for it… Some can handle criticism a bit better, but others say: ‘What am I doing here?’ Everything is terrible, even the weather.”

After one season he left for Bayern Munich, where he has been an integral member of a team that has won six Bundesliga titles and a Champions League, and has also won the World Cup with Germany.

Iago Aspas is a name that has become a byword for Premier League flop. In his first season at Liverpool, he made just 15 appearances and scored his solitary goal for the club against Oldham Athletic in the FA Cup, frustrating fans with his lacklustre performances.

Although the Spaniard was a cheap enough signing at the time, he still performed way below expectations for a striker who had scored 12 goals in La Liga the season beforehand. Reds fans’ abiding memory of him is his corner kick in the dying stages of the infamous Chelsea game in 2013/14 as they desperately tried to score an equaliser.

Aspas spent the next season on loan at Sevilla, where he won the Europa League, but the club had already made its mind up and sold him back to his boyhood team Celta Vigo.

Since then he has reached double figures in every season, helped the side reach the last four of the Europa League, played in a World Cup for Spain, and almost single-handedly dragged the team out of relegation trouble.

Before coming to the Premier League, Radamel Falcao was one of the deadliest strikers in Europe. He won consecutive Europa League trophies with FC Porto and Atletico Madrid, man of the match in both finals, and holds the record for most goals in a single season in that competition.

The Colombian moved to Monaco in 2013, but suffered an ACL injury midway through the season, causing him to miss the World Cup in Brazil. His comeback was long and arduous, and featured two dreadful loan spells at Manchester United and Chelsea, scoring five goals in 41 appearances.

Falcao had his renaissance in the 2016/17 season, reaching 30 goals or more for the fifth time in his career, while playing a key role in Monaco’s Ligue 1 triumph. He’s still doing the business in France, where he is currently on 14 goals and two assists for the campaign.

I’m tentative about labelling Alvaro Morata’s time at Chelsea as a flop, considering he scored a goal every three games, which is more or less commensurate with his scoring record throughout his career (once every 2.6 games). Still, leaving the Premier League after just a year and a half on from his £58m (€67.5m) transfer from Real Madrid doesn’t exactly scream success story.

The Spaniard went back to Madrid this past January, this time on loan to Atletico, where new life has been breathed into his career. The striker has provided six goals and an assist since joining, and his work rate has been exceptional too. He has certainly performed better than his replacement, Gonzalo Higuain, has for the Blues.