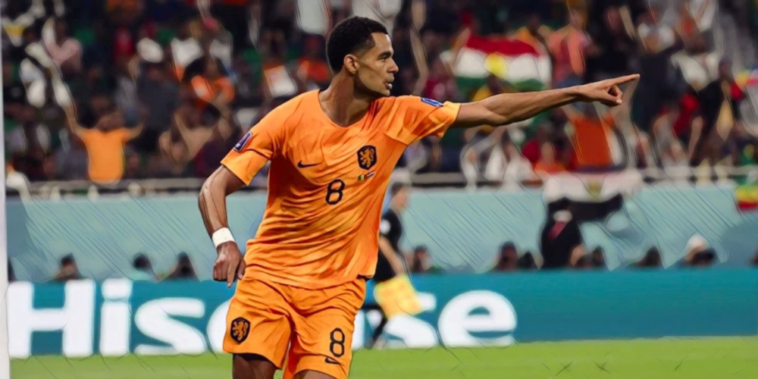 Clubs often sign players on the back of major tournament performances, with the World Cup representing the biggest shop window in the game.

Already this winter we’ve seen several stars increase the demand around them with impressive displays and their current clubs are only set to inflate their price-tags on the evidence of their showings in Qatar.

Here are five players whose price-tags are on the rise at the World Cup.

Mohammed Kudus’ list of admirers appears to be growing with each performance, with the forward having impressed during Ghana’s campaign.

Kudus’ impact in Qatar should come as little surprise following a superb start to the season at Ajax, where he has found a home in a centre-forward role. The 22-year-old has long been an exciting talent, but took time to find his feet in the Netherlands after a switch from FC Nordsjælland.

This season he has been a revelation, scoring four goals in the Champions League group stage and ten in all competitions for the Dutch champions. That form has transferred over to the World Cup, with two goals in the 3-2 win over South Korea, although Ghana would ultimately be eliminated after losing their final group game 2-0 to Uruguay.

Explosive, exciting and improving in the final third, Kudus has the talent to follow in the footsteps of Ghana greats Tony Yeboah and Michael Essien in making a sustained impact in a top European league. After coming close to a summer move to Everton, there is believed to be a long list of wealthier clubs now tracking his progress.

Cody Gakpo’s name was a regular in the gossip columns across the summer and a fine World Cup is set to bump up the fee that PSV will demand for his services.

Gakpo was valued at around £25m-£30m during the summer, following a season in which the forward scored 21 goals in all competitions to be named as Dutch Footballer of the Year.

Header vs. Senegal ✅
Left foot vs. Ecuador ✅
Right foot vs. Qatar ✅
Cody Gakpo can score them all 🔥 pic.twitter.com/mHTQ6tGyrh

Manchester United, Leeds and Southampton were all linked, but Gakpo’s performances this season – and in Qatar – has added to his list of admirers. He arrived at the tournament as the most productive footballer in Europe so far this season, having provided 30 goals and assists in 24 appearances across all competitions.

Gakpo marked his World Cup debut with the opening goal in the Netherlands’ 2-0 win over Senegal, before also breaking the deadlock for the Dutch in clashes with Ecuador and Qatar.

Manchester United remain interested and could make a winter move after allowing Cristiano Ronaldo to leave the club. However, Fabrizio Romano has reported that Liverpool and Real Madrid have sent scouts to track Gakpo on multiple occasions and could enter the race.

Gakpo has the raw ingredients to thrive at a top club and his decisive contributions in Qatar are evidence that the 23-year-old is ready for the next step.

Chelsea chased a deal for Josko Gvardiol last summer, but failed to find a breakthrough in negotiations with RB Leipzig.

Gvardiol is among the most highly-rated young defenders in Europe and has emphasised that status with his performances at the World Cup.

Part of an overhaul in defence for Croatia, the 20-year-old has been an ever-present for the 2018 runners-up and was excellent in the goalless draw with Belgium that booked Croatia’s place in the knockout rounds.

He led the game for clearances (9) and recorded a pass accuracy of 95%, while he ensured Croatia remained in the competition with a superb last-ditch challenge to deny Romelu Lukaku in the final seconds.

At club level, Gvardiol has developed a reputation as a progressive defender, both in terms of forward carries and penetrative passes through defensive lines. Left-footed, positive and with room to develop into one of Europe’s best, Leipzig are understood to value Gvardiol in excess of €80m.

He discussed a potential exit this week and refused to rule out a move to the Premier League.

“About me and Chelsea? I don’t know,” he told The Athletic. “You know what happened in the last few months. To be honest, I have no idea.

“My agent is taking care of this and we will see.

Enzo Fernandez has caught the attention of Europe’s top clubs since signing for Benfica last summer. The midfielder arrived with a growing reputation after helping River Plate to the Argentine Primera División in 2021 and has settled swiftly in Portugal.

He made his senior debut for Argentina during September’s international fixtures and earned inclusion in the squad for Qatar.

Fernandez came on as a substitute to seal the 2-0 win over Mexico, as he cut inside to bend home a fantastic effort following a short corner routine. The 21-year-old’s goal – his first for the national team – saw Fernandez become Argentina’s second-youngest ever goalscorer at a World Cup, behind Lionel Messi.

Fernandez then started the must-win clash with Poland and impressed as Argentina booked their place in the knockout rounds. He recorded a pass accuracy of 91.49%, registered an assist for Julian Alvarez, created two chances, won five duels and made ten final third entries.

Liverpool and Manchester United have already been linked with the midfielder, with Benfica set to make a significant profit on their initial €18m investment should Fernandez move on. He is understood to have a release clause of around €120m in his contract at The Estádio da Luz.

Japan have been one of the stories of the tournament so far, topping their group after memorable comeback wins against Germany and Spain.

There’s been no shortage of impressive performances from the Japanese, but Ritsu Doan’s super-sub role for the Samuari Blue has captured the attention. The 24-year-old has struggled to find his feet at club level and was allowed to leave PSV Eindhoven for Freiburg last summer, but has impressed in Qatar with his game-changing role from the bench.

He took just four minutes to score the equaliser against Germany, before he transformed the game against Spain in another come-from-behind victory. His equalising goal against the Spanish was a powerful strike, though one Unai Simon will feel he should have done better with.

Ritsu Doan has scored 50% of Japan’s goals at the World Cup so far, coming on as a substitute on both occasions.

Impact from the bench. 💥 pic.twitter.com/ohDe6xlEUV

Daichi Kamada is another player from Japan’s ranks who will be on the radar for Europe’s elite clubs. After a slow start to the World Cup, he was excellent in the second half against Spain.

The 26-year-old has begun the season in brilliant form for Eintracht Frankfurt, with 12 goals and three assists in 17 starts across all competitions. Out of contract at the end of the season, he could be an inspired pick-up on a free transfer for clubs in search of invention and goal threat.