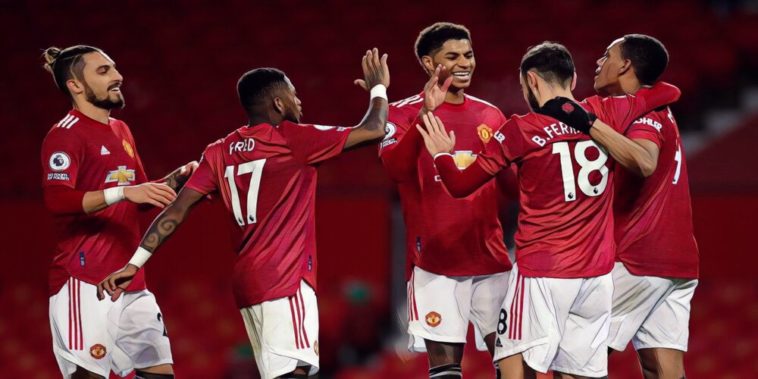 Leeds United host rivals Manchester United on Sunday afternoon, the two sides having played out a pulsating encounter when they last met earlier this season.

Here’s all you need to know about that clash at Elland Road:

Marcelo Bielsa’s side continued their excellent return to the top-flight with another high-profile result on Monday night, the Yorkshire club picking up a well-earned draw against champions Liverpool, after having clinched a last-gasp win over leaders Manchester City a week earlier.

Despite falling behind midway through the first-half against the Reds, last season’s Championship winners came out strong in the second period, grabbing the goal that their performance had deserved through Diego Llorente in the 87th minute.

That point has left Bielsa’s men in tenth in the table, although all the indications are that they could well pose more of a threat to the top six next season, should they manage to bolster what is currently a fairly threadbare squad.

As recent weeks have shown, Leeds are more than capable of mixing it with the big boys and even managed to restrict Jurgen Klopp’s side to just 38.8% possession, the Reds lowest total in a Premier League match since November 2018 against Arsenal.

Ever the entertainers, Leeds have now also scored 50 goals as well as conceded 50 goals this season, with only Tottenham having done so in fewer matches (30) back in the 2007/08 campaign.

With Manchester United to come next, they will be hoping to be on the right side of the scoreline, after their 6-2 defeat at Old Trafford earlier this season. As for team news, Bielsa will be sweating on the fitness of star man Raphinha, the Brazilian having limped off in the closing stages against Man City and subsequently missed the visit of the champions.

After a turbulent few days for the club off the pitch, Ole Gunnar Solskjaer will be hoping his side are not in any way distracted on the pitch come Sunday, the Red Devils having the chance to close the gap to leaders Manchester City back to just eight points.

United’s last league encounter saw them produce an improved second-half display to see off a spirited Burnley side at Old Trafford, a brace from Mason Greenwood and a late strike from Edinson Cavani ensuring a fifth successive Premier League win, amid a backdrop of turmoil surrounding the club.

Mason Greenwood has scored more Premier League goals than any other U21 player since the start of last season. 🧨 pic.twitter.com/QVRnQBnaZn

Just prior to kick-off, rumours had begun to circulate regarding the club’s involvement in the proposed European Super League, the Red Devils revealed to be one of the key driving forces behind the hugely controversial breakaway league.

Following an inevitable backlash over the following 48 hours, the proposal was ultimately in tatters come Tuesday night, while United executive vice-chairman and reported Super League proponent, Ed Woodward, announcing his decision to step down from his role at the club.

While the club have since withdrawn from any such Super League, it remains to be seen if there will be any potential ramifications for the club itself, despite it appearing that the Red Devils involvement in this failed plot was largely the work of Woodward and the club’s infamous owners, the Glazer’s – who were the subject of protests at the club’s training ground on Thursday morning.

Although the fallout of this debacle continues, United still have a Europa League semi-final to come next week against AS Roma and will be keen not to slip up against bitter rivals Leeds at the weekend. As for team news, Eric Bailly should once again be available after his absence due to Covid-19, although both Anthony Martial and Phil Jones remain sidelined due to knee injuries.

The first Premier League clash between the two club’s for over 16 years took place back in December, and it was certainly worth the wait in what was a thrilling affair at Old Trafford.

While Solskjaer’s men hadn’t exactly been in the best form at home early on in the season, they took just two minutes to take the lead, Scott McTominay drilling home beautifully, before adding a second less than a minute later with another composed finish.

A Bruno Fernandes strike made it 3-0 after just 20 minutes before Victor Lindelof netted a rare goal to make it four, yet the hosts remained anything but comfortable, the away side hitting back through Liam Cooper just before half-time.

In a gripping end-to-end encounter, Daniel James then struck next midway through the second-half, before Fernandes fired home from the penalty spot, with Stuart Dallas netting a stunning late consolation in what was an admirable performance from Bielsa’s side.

Fantasy Premier League: Four of the best captains for gameweek 33