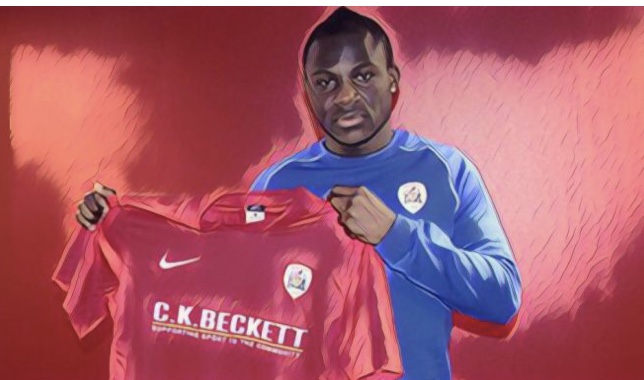 With the transfer window about to open in a few weeks time, many of us will be looking forward to seeing our club’s new signings making their debuts. We’ve already covered some of the best debuts ever involving Premier League clubs, but what about the worst football debuts involving English clubs and players you ask ? Don’t worry we’ve complied the following list for your enjoyment, and we even throw in a jersey that made its debut in the 90’s.

It’s impossible to speak about debuts without mentioning Jonathan Woodgate’s debut for Real Madrid in 2005. The former England international was bought by Real Madrid from Newcastle United in 2003. His is one of the worst footballing debuts of all time, without doubt.

To add to the anticipation of his debut – Madrid fans had been waiting for over a year to see the £13m signing in action, following yet another injury. He did eventually manage to play a game for Real Madrid, but made the worst possible start by scoring a spectacular own goal in the first-half. Woodgate then picked up his second yellow card of the game and was dismissed after just 60 minutes of the game. Disastrous.

Stanley Milton’s record-breaking Debut (For all the Wrong Reasons)

In January 1943, Stanley Milton made his debut for Halifax Town. Milton was signed as their number 1 goalkeeper, so keeping a clean sheet on his debut would have been the ideal start to his career with The Shaymen. However, this was not to be the case. Milton would concede 13 goals on his debut and to this day, it stands as the biggest defeat in league football history. Poor fella.

Emmanuel Frimpong wasn’t best pleased about being sold to Barnsley. The former Arsenal midfielder wore a miserable expression as he held up The Tykes red shirt during his unveiling and within hours he had insulted the whole town by tweeting ‘How am I gonna draw girls now.’ Things as you can imagine went further downhill from there.

On his debut at Sheffield Wednesday, Frimpong was booked in the 24th-minute, then got his second yellow card five minutes later and received his marching orders. Barnsley went on to lose the match to their Yorkshire rivals 1-0, leaving them second bottom in the Championship, and Frimpong was suspended for a further three games by the club. What a muppet.

This is probably my favourite football story of all time. It’s every boy’s dream to play in the Premier League one day, and Ali Dia was no different. In 1996, Ali played for Blyth United in an amateur league, and he soon realised that he would have to go down a different route for his dreams to come true.

The story goes that Graeme Souness took a call in the manager’s office at Southampton from a man claiming to be 1995 World Player of the Year George Weah. During the call, Weah spoke about his cousin Ali Dia, and the Liberian superstar convinced Souness that his cousin was a player he believed could keep the Saints in the top flight.

The man on the phone was actually Dia’s cousin, and was no relation to Weah whatsoever! One week and one training session later, Ali Dia’s dreams had come true when he came on as a sub against Leeds United. However, he was hauled off just 53 minutes later after failing to impress and his contract with Southampton was terminated immediately. He has since been labelled as the biggest phoney in football, what a legend!

Jason Crowe, Off You Go!

We have seen a few debut sending offs over the years, but none as good as Jason Crowe’s on his Arsenal debut. Debuts are particularly important for youngsters who are trying to prove that they have what it takes to play in the first-team, so getting off to a good start is crucial.

Crowe was handed his debut as a substitute in 1997 against Birmingham City, but it did not go to plan. The 19-year-old was sent off exactly 33 seconds after coming on by referee Uriah Rennie for a dangerous tackle. It is the fastest debut sending off in English football history. Crowe never played another game for the Gunners, and went on to play out the rest of his career in the lower leagues. Talk about making a quick start to your career!

In August 1995, Man United’s new grey kit was launched and made its debut in the Premier League against Aston Villa on the opening day of the season. They lost 3-1, and the excuse they came up with for the loss was the colour of their new jersey. Alex Ferguson claimed that his players couldn’t see each other. At the time, even Manchester United fans thought that this was a lame excuse for a poor performance, and for other supporters, well, they just thought this was hilarious.

The Old Trafford outfit would go on to wear it another 3 times; where they would lose to Arsenal and Liverpool, followed by a draw with Nottingham Forest, before playing Southampton at the Dell in April 1996. United went in at half-time 3-0 down, and a furious Sir Alex Ferguson ordered his side to swap to a blue and white kit during the break.

United’s legendary Scottish manager said that the bright sunshine was seemingly rendering the shirts, which made it hard to distinguish his players from the crowd. The jersey was retired and never worn again, and in a recent poll, United supporters voted it as the worst kit of all time. United’s record while wearing the kit speaks for itself – Played: 5, Won: 0, Draw: 1, Lost: 4.