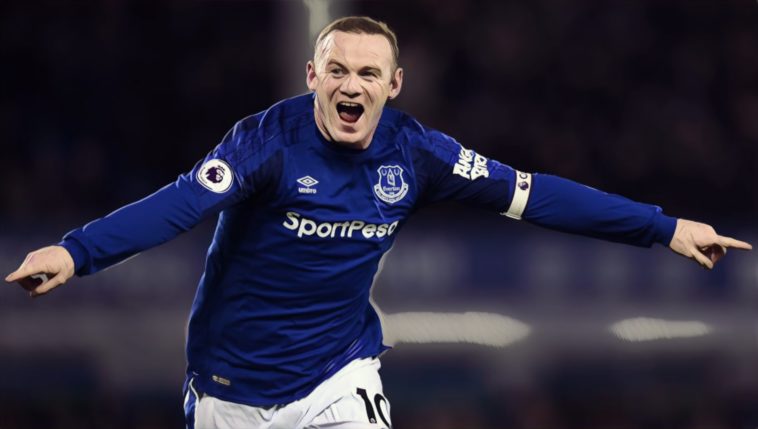 Manchester United travel to face Everton this weekend in Saturday’s lunchtime fixture, an eagerly anticipated clash between the Red Devils and their Merseyside counterparts.

The two teams are badly in need of points for differing reasons, with Ralf Rangnick’s side still chasing Champions League football. Everton, meanwhile, have endured a torrid campaign and the struggling Toffees sit just one point above the Premier League’s relegation places.

There stands a long-held rivalry between the northern cities of Liverpool and Manchester, though relations between Everton and Manchester United are amicable with a whole host of players having turned out in the colours of both teams.

We’ve decided to pick out some of the most notable names to have represented both clubs, here are five of the best players to play for Manchester United and Everton in the Premier League.

The little known winger arrived at Manchester United in the early nineties and was among the first foreign players on the opening weekend of the inaugural Premier League season, having signed for the club from Shakhtar Donetsk in 1991.

After helping the club to a runners-up finish during his first full season, Kanchelskis formed part of the side which won a first league title in 26 years during the 1992/93 campaign, impressing with his exciting and direct approach.

His forward flair made him a firm fans’ favourite and he helped United to a first league double the following campaign, before finishing as the Red Devils’ leading scorer after a 15-goal campaign in 1994/95 – including a superb hat-trick in a 5-1 thrashing of Manchester City.

Despite his popularity on the terraces the fleet-footed star became unsettled at Old Trafford after feeling unappreciated by the club, with outside influence from his agent leading to a complicated transfer to Everton.

He spent two seasons with the Toffees, scoring 20 goals in just 52 appearances, and became a hugely popular figure on the blue half of Merseyside with his skill and speed on the right flank.

Two goals in a 2-1 victory at Liverpool cemented his position as a cult hero, achieving the status at two different Premier League sides during a memorable six-year spell in English football.

Perhaps the least heralded of ‘Fergie’s fledglings’, Phil Neville came through the youth ranks at Manchester United alongside brother Gary and the likes of Ryan Giggs, Paul Scholes, David Beckham and Nicky Butt to form the spine of a side who would conquer English football.

United’s six successful academy graduates helped the Red Devils dominate the first two decades of the Premier League era with Neville proving a valuable member of the squad throughout, his versatility a major asset to Sir Alex Ferguson’s plans.

Neville make 386 appearances for his boyhood side in all competitions and enjoyed huge success, winning six league titles, three FA Cups and the Champions League as part of a treble-winning season amongst his honours.

After failing to cement a regular starting role or position for much of his time with the club, however, Neville made the difficult decision to leave Old Trafford and signed for Everton in 2005.

The former England international became one of the club’s greatest Premier League servants and made 303 appearances for the club in all competitions over an eight-year spell, captaining the side with great distinction throughout much of his career at Goodison Park.

Rating every member of Man United fabled class of 92

The most notable name to have appeared in the colours of both Everton and Manchester United in the Premier League, Wayne Rooney burst onto the scene as a precociously talented teenager at the former.

Much excitement had surrounded the forward during his time in the Everton youth system, but few could have anticipated the impact Rooney would have in what stands as arguably the most exciting emergence of the Premier League era.

His first goal came in sensational fashion as a 16-year-old substitute, Rooney announcing himself to the football world in spectacular circumstances with a stunning last-minute winner to end a 30-game unbeaten run for champions Arsenal.

Rooney’s early performances saw him hurtle around the pitch with frenetic energy and aggression, a teenage man-child figure with a penchant for producing magical moments.

After just two seasons, however, he had outgrown an Everton side struggling to compete and moved on to Manchester United, where he would rewrite history at the opposite end of the East Lancs road.

Rooney won back-to-back PFA Young Player of the Year awards during his early seasons at Old Trafford before completing a Player of the Year double later in his career, establishing himself as one of the best players in the Premier League and becoming just the second – after Alan Shearer – to reach 200 goals in the division.

He won every major honour at club level including five league titles and the Champions League, becoming the all-time record goalscorer for both Manchester United and England before an emotional return to Everton in 2017.

Rooney spent just a single season back with his boyhood club, scoring 10 league goals, before moving to MLS.

A player who worked in fine tandem with the aforementioned Rooney in the Manchester United attack, the French forward was signed by Sir Alex Ferguson to bolster the club’s striking options after impressing during a four-year spell at Fulham.

Saha enjoyed a blistering start to his career at the club with seven goals in 12 appearances after arriving in the winter window, though the arrival of Rooney the following summer ensured competition for places was fierce alongside Ruud van Nistelrooy, Ole Gunnar Solskjaer and the teenage superstar.

The Frenchman impressed despite injury problems, however, scoring 42 goals in 124 appearances and winning two league titles and the Champions League during a four-and-a-half year spell.

Louis Saha inspired @Everton to a come-from-behind victory against Chelsea, #OnThisDay in 2010… pic.twitter.com/M0WYgpAyOd

He signed for Everton in 2008 and enjoyed sporadic periods of success in addition to familiar injury problems, including scoring the fastest ever FA Cup final goal after just 25 seconds against Chelsea in 2009, though ended on the losing side at Wembley.

Saha combined target-man style strength with explosive acceleration and fine finishing ability, the forward a fine servant for both clubs when at full fitness and a player who could have delivered so much more without his injury struggles.

Five of the best French strikers in Premier League history

Romelu Lukaku made his name in the Premier League during loan spells at West Bromwich Albion and later Everton, signing for the latter on a permanent basis after struggling to win favour at Chelsea.

It proved an inspired signing for the Toffees as Lukaku enjoyed a hugely productive spell on Merseyside, initially scoring 16 goals in all competitions – including a debut winner against West Ham – during his loan spell before completing a £28m permanent switch.

The goals continued to flow as the Belgian thrived as the main man in the Everton attack, his pace and power tormenting Premier League defences as he bullied even the best centre-backs in the division.

Lukaku scored 87 goals in just 166 appearances for Everton over a four-year spell at Goodison Park and his prolific form attracted the attention of Manchester United who sealed his signing in a £75m deal.

The forward began brightly with the Red Devils and scored an impressive 26 goals during his debut season, though he was often criticised for a lack of all-round contribution and fell somewhat out-of-favour during his second season at the club.

Despite an impressive strike-rate of 42 goals in 96 appearances he was sold to Inter Milan after just two seasons in 2019, a figure of £73m taking the star to the San Siro where he scored 64 goals across two seasons.

Lukaku sealed a return to the Premier League in the summer of 2021, returning to former club Chelsea in a club-record £97.5m deal.