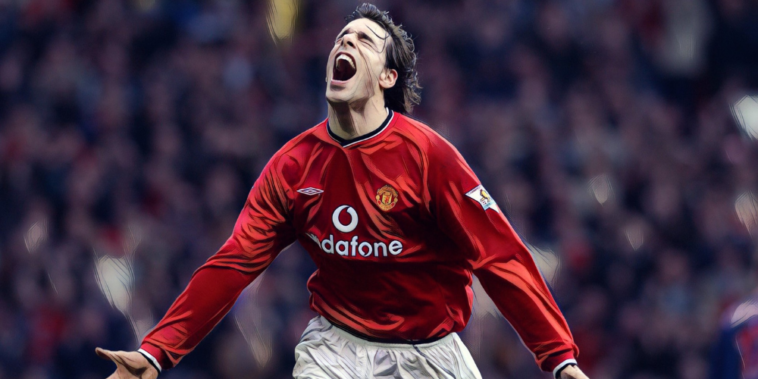 Manchester United are on the verge of completing a deal to sign Antony from Ajax, with the Red Devils having confirmed an agreement has been reached.

Antony will become the Eredivisie’s record sale after a fee of £85m was agreed between the clubs, for a footballer who has emerged as one of Dutch football’s most exciting talents.

Signings from the Netherlands have often been a mixed bag in the Premier League era, but hopes are high that the Brazilian can make a major impact at Old Trafford.

Ahead of Antony’s move to Old Trafford, we remember five of the best Eredivisie to Premier League transfers.

Manchester United made Jaap Stam the most expensive defender in Premier League history after securing a £10.6m deal for the PSV Eindhoven centre-back in 1998.

With the long-serving axis of Steve Bruce and Gary Pallister having moved on, Stam was signed to add presence to the club’s defence and made an instant impact.

The Dutch defender’s first season saw the Red Devils win a historic treble, as the Champions League, Premier League and FA Cup all arrived into the Old Trafford silverware cabinet.

Stam won consecutive Premier League titles in each of his three seasons at United and was included in the PFA Team of the Season on each occasion.

Commanding, powerful and with deceptive speed that kept pace with the Premier League’s finest forwards, his sale to Lazio in 2001 has been described by Sir Alex Ferguson as one of his greatest managerial regrets.

He made 127 appearances across three seasons with the club and won six trophies, with his time in English football seeing Stam reign as arguably the division’s most dominant defender.

Back-to-back Eredivisie Golden Boots had attracted interest to Ruud van Nistelrooy, who had seemed set to a move to Manchester United ahead of the 2000/01 season before a serious knee injury.

United, however, remained patient and returned the following season, spending a then-British record £18.5m to sign the PSV Eindhoven forward. Van Nistelrooy hit the ground running in English football, netting on his Premier League debut and continuing to fire over five seasons with the club.

The Dutch international was named as the PFA Player of the Year during his debut season, before a phenomenal 2002/03 ended with a Premier League record 44 goals in all competitions, the division’s Golden Boot, and a Premier League title.

Van Nistelrooy scored a stunning 150 goals in just 219 games for the Red Devils, reaching 20+ league goals in four of his five Premier League seasons. He also finished as the Champions League’s leading scorer on three occasions

In his five years in the Premier League, Van Nistelrooy scored 95 times at an average of a goal every 128 minutes, while only Andy Cole (65) and Alan Shearer (66) reached 50 goals in quicker than his 68 games.

Robin van Persie proved a brilliant bargain for Arsenal, with Arsene Wenger securing the signing of the Feyenoord forward for a fee of £2.75m in 2004.

Talented but troubled during his time in Rotterdam, Van Persie took time to develop into the forward who became one of the Premier League’s most feared marksman.

After overcoming injury problems, a move to a central role unlocked Van Persie’s potential and he scored 59 goals across his final two seasons in north London.

The latter of those saw Van Persie win the PFA Players’ Player of the Year and FWA Footballer of the Year in 2011/12, after leading the Premier League’s goalscoring charts with 30 in the league alone.

Van Persie made a controversial move to Manchester United that summer, in search of the silverware that eluded him at Arsenal. He won a second successive Golden Boot to inspire the Red Devils to the Premier League title, announcing himself as an instant hero at Old Trafford.

Blessed with brilliant technique that created a catalogue of stunning goals to rival any forward, he netted 144 goals in 280 games in the Premier League. Only Sergio Aguero and Thierry Henry have scored more among overseas stars.

Premier League fans perhaps failed to see the very best of Arjen Robben, but his three seasons at Chelsea were a time of silverware success and moments of magic.

Robben arrived from PSV Eindhoven in the summer of 2004, with the west Londoners having beaten off competition from Manchester United to sign the winger.

His arrival – alongside the signing of Damien Duff the previous summer – provided Chelsea with a wing partnership that would torment the division’s defences as the Blues won back-to-back Premier League titles under Jose Mourinho.

Robben provided 40 goals and assists in 106 appearances for Chelsea, a period which saw him win two league titles and complete a clean sweep of English honours with FA Cup and League Cup success.

He moved on to Real Madrid in 2007, before the best period of his career at Bayern Munich. He won eight Bundesliga titles and the Champions League during a decorated decade in German football.

Liverpool moved quickly to sign Luis Suarez from Ajax in January 2011, paying £22.8m to sign the forward from Ajax.

The Uruguayan had scored 111 goals in four seasons in Amsterdam, but while obviously talented took time to transfer that form into the Premier League.

After a period of adaptation however, Suarez mixed the sublime with the controversial during Liverpool career in which he became one of the club’s greatest Premier League players.

He scored 82 goals in 133 games in all competitions, with his 2013/14 season regarded as one of the division’s great individual campaigns. Despite missing the opening five fixtures through suspension, he scored 31 goals in 33 games – winning the Premier League’s Golden Boot – and laid on a further 12 assists as Liverpool finished as runners-up.

Silverware eluded Suarez but for a solitary League Cup however, and in 2014 he moved to Barcelona. A record of 198 goals in 283 games followed in Catalonia, where he won four league titles, four Copa del Rey trophies and the Champions League among his honours.