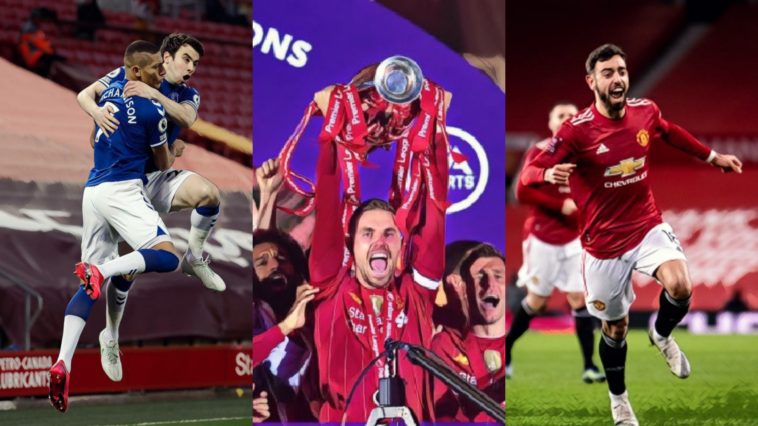 Liverpool returned to winning ways with a 2-0 victory at Sheffield United on Sunday, a fixture which saw the Premier League champions reach a new goalscoring landmark in England’s top tier.

Roberto Firmino’s deflected effort at Bramall Lane – later credited as a Kean Bryan own goal – was the Reds’ 7,000th goal in their top-flight history.

We look at how Liverpool compare to the most prolific sides in English football history, here are the five sides to have scored the most top division goals:

Manchester United rank fifth amongst the highest-scoring sides in English football’s top-flight history, despite holding the record for most league title successes with 20, their most recent coming during the 2012/13 season.

Since their founding in 1878, United have spent 96 seasons in the top tier of England’s footballing pyramid, remaining an ever present at the highest level since winning promotion following a one-season absence in 1975/76.

The most successful period of the club’s history has undoubtedly come following the formation of the Premier League in the early nineties, winning 13 league titles under the guidance of the legendary Sir Alex Ferguson.

Just one side has ever spent more seasons in the top division of English football than Aston Villa, who have spent more than a century as a top-flight side throughout the course of the club’s 146-year history.

No side has ever scored more goals in a top-flight season than Villa, who amassed an astonishing 128 goals in just 42 fixtures in 1930/31, a campaign in which the club remarkably finished only as runners-up to an Arsenal side who scored 127 goals.

Villa have won seven league titles, though just one of those successes has come in the past century with the club’s 1981 triumph followed by a European Cup win the following season, the Midlands outfit one of just five English clubs – alongside Liverpool, Manchester United, Nottingham Forest and Chelsea – to be crowned champions of Europe.

After three seasons in the Championship between 2016/17 and 2018/19, Villa returned to the top tier last season and have shown signs of progress, the current side seeking European qualification this season as they bid to add to a haul of 6,687 top-flight goals.

Arsenal will be looking to follow Liverpool’s example and reach 7,000 top-flight goals in the near future, the north London side currently just five short of reaching the milestone figure.

No player has ever scored more league goals for the club than Thierry Henry, who netted 175 times in England’s top tier during a glittering career that delivered a record four Premier League Golden Boot awards.

Arsenal are currently without a league title in 16 years but have been crowned champions on 13 occasions, a figure bettered by only Manchester United and Liverpool amongst all of England’s elite clubs.

Sunday’s 2-0 win at Sheffield United saw Liverpool become just the second team to reach 7,000 goals in England’s top tier, with only two sides having ever spent more seasons in the highest division.

Liverpool’s league title success last season was the club’s first in 30 years and moved them within one of Manchester United’s all-time record, Jurgen Klopp guiding the Reds to a 19th top-flight crown.

Roger Hunt leads the club’s rankings for league goals, though is surprisingly not amongst the eight players to have finished as the top division’s leading scorer for Liverpool, with both Michael Owen and Mohamed Salah having won the accolade twice.

The leading scorers in English top division history are Everton, who have spent an incredible 118 years of their existence as a top tier side, including the past 67 seasons in succession – a figure bettered by only Arsenal.

No team has ever had its players win more top scorer awards in England’s leading division, their record of 12 shared with Arsenal despite their most recent success being Gary Lineker’s 30-goal campaign in 1985/86.

Everton also hold the record for most goals scored by a player in a single season, the 60-goal 1927/28 campaign of Dixie Dean the stuff of Toffees’ legend and a landmark unlikely to ever be beaten.

See Also: The top ten players with the most assists in Premier League history