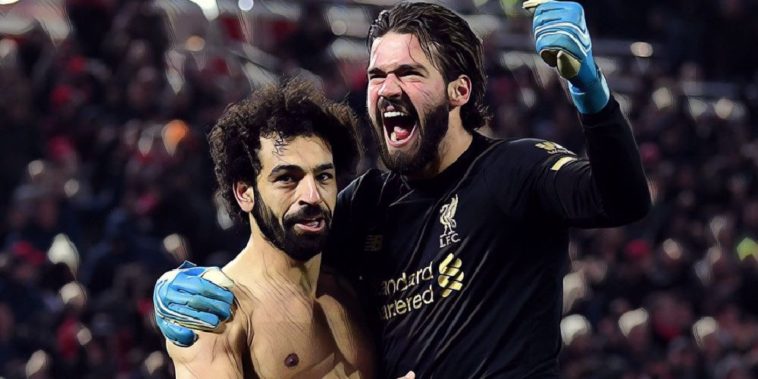 Goalkeepers are amongst the most important components of any successful side with their position as the last line of defence, their task to provide a formidable obstacle and repel any opposition attacks.

The position has evolved over the years, however, with goalkeepers now requiring a much more complete skill set, often utilised to keep possession with an emphasis placed on their ball-playing abilities.

The very best can even provide their sides with attacking threat, with fast-thinking back to front passing having played its part in some memorable Premier League goals throughout the years.

We’ve decided to look at some of the division’s best goals created by shot-stoppers, here are five of the best assists by Premier League goalkeepers:

Peter Schmeichel is often labelled as the best goalkeeper in Premier League history following a glittering career at Manchester United, starring as the Red Devils dominated the first decade of the rebranded division.

The Denmark international won five league titles and became the first – and so far only – goalkeeper to win the Premier League’s Player of the Season award in 1996, providing a hulking presence in goal and making a number of jaw-dropping saves.

Schmeichel also played his part in launching attacks, however, and his three Premier League assists rank him third amongst all goalkeepers, including this extraordinary launch into the path of Andrei Kanchelskis in 1995.

From defence to attack in a matter of seconds, courtesy of one gargantuan throw from a goalkeeping giant.

This week 25 years ago, Schmeichel launched this grenade of an assist to Andrei Kanchelskis. 🛫📬

Tomorrow we're launching our new podcast, the 90's Football Hall of Fame – and the Soviet winger is our first episode. Don't miss it!pic.twitter.com/1mMYs67D5T

Pepe Reina was amongst the first genuine ball-playing goalkeepers of the Premier League era and provided Liverpool with a fine weapon from that unique and aesthetically pleasing kicking style, registering four assists in the division during a successful six-year spell on Merseyside.

Arguably the Spanish shot-stopper’s best came in a 5-0 thumping of Aston Villa back in 2009, quickly spotting the forward run of compatriot Albert Riera before placing Liverpool on the counter-attack with a perfectly-weighed kick.

Riera did the rest as he emphatically volleyed the bouncing ball home on the run, a fine moment for his forward-thinking teammate down at the opposite end.

When Pepe Reina was casually making assists in the Premier League 👏👏👏pic.twitter.com/eMhdYgwEpl

Huddersfield returned to the top flight for the first time since the 1970s after winning promotion to the Premier League ahead of the 2017/18 season, the Terriers heading into the campaign amongst the favourites for the drop.

David Wagner’s side upset the odds to survive, however, with arguably their most impressive result coming with a shock 2-1 victory over Manchester United in October, the decisive goal coming through Laurent Depoitre.

Jonas Lossl’s booming kick forward was misjudged by Victor Lindelof to allow Depoitre in on goal, the Frenchman making no mistake to seal a famous win for Huddersfield.

Remarkably, Lossl repeated the trick in the very same fixture the following season, releasing Isaac Mbenza with a long kick to equalise as Huddersfield held the Red Devils to a 1-1 draw.

Regarded by many as the best goalkeeper in Premier League history with the ball at his feet, Ederson’s arrival at Manchester City helped revolutionise the way Pep Guardiola’s side play from the back with his ability on the ball.

The Brazil international has produced some truly stunning moments when in possession of the ball, including breaking a world record for the longest drop kick in football during the club’s 2017/18 title-winning campaign.

Far from simply possessing just a launcher of a left foot, however, Ederson’s kicking is both powerful and precise with the goalkeeper amongst the best passers in the Premier League over distance.

Amongst his finest was this effort in a 6-1 victory against Huddersfield, spotting Sergio Aguero in space before firing a pinpoint pass over the Terrier’s defence and into the path of the Argentina international.

Aguero did the rest, providing Ederson with a brilliant assist.

What an assist😍#OnThisDay Ederson provided an incredible assist for Aguero to put the goal into the net in a 6-1 victory over Huddersfield. #ManCity pic.twitter.com/0kxsrYmEOB

Alisson joined the list of goalkeepers to have provided a Premier League assist with this brilliant ball for Mohamed Salah last season, springing Liverpool onto the counter-attack with a drop-kick into the path of the unmarked Egyptian.

Liverpool were heading towards a first league title in three decades when fierce rivals Manchester United visited Anfield in January, a tight contest separated by Virgil van Dijk’s header as the game entered the closing stages.

As the Red Devils pushed forward in search of an equaliser Alisson relieved the pressure by claiming a loose ball in stoppage-time, but rather than waste time launched a long kick forward towards Salah.

The assist from Alisson. The run and finish from Salah. The celebration. 🤯

A huge Premier League moment, one year ago today ✨

The forward raced clear with United having committed players forward to the attack and fired past David de Gea to seal the win for the league leaders, with Alisson racing the length of the pitch to join in the celebrations as jubilant choruses of ‘We’re gonna win the league’ echoed from the home support.

Laying down a marker: The biggest statement victories of the Premier League era