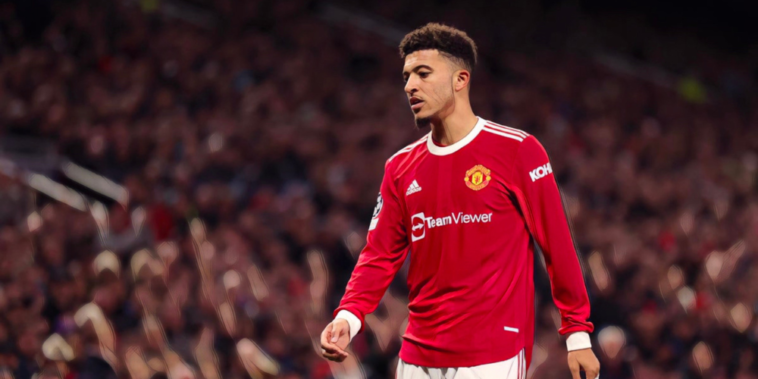 The new Premier League season will provide new beginnings for players and there will be a number of names with a point to prove as the 2022/23 campaign gets underway.

Last season saw several new signings fail to make the desired impact during disappointing debut campaigns and each will be hoping to bounce back when the Premier League season kicks off in early August.

We’ve decided to look at five players signed last summer who will hope their second seasons lead to greater success.

Grealish’s talismanic performances at Aston Villa had made him a much-coveted talent, with his ability to take on defenders and create openings attracting the Premier League champions.

The 26-year-old has struggled with the adaptation from main man status at Villa Park to becoming another cog in City’s title-winning machine, providing just six goal involvements in 26 league appearances.

The England international has admitted he ‘could have done better’ despite City’s title success and will hope to improve his attacking output to become a key part of Pep Guardiola’s plans this season.

"I felt like I could have done better…"@JackGrealish opens up on his first season at Manchester City adding that it's not just only the performances on the pitch that have been a factor on his form.

“I feel like I could have done better, obviously. I’ve said that a lot of times. I feel I could have scored more, assisted more, and had more of an impact on certain games,” Grealish told beIN Sports.

“But one thing I’ve realised this year is that even when players have gone for big transfer fees, or have done well and moved to a new club, I’ve watched them and thought ‘How can you struggle? It’s just football’.

“When I’ve done it myself now, I’ve realised there’s much more to it than just 90 minutes on a football pitch once or twice a week.

“There’s adapting to a new changing room, to a new manager, to a new staff, to a while new training ground, to a whole new city. For me, all I’d ever known was being at Aston Villa, and being around my family.

“It’s been different, it’s been difficult, but I knew that it wouldn’t be the same. I knew that I’d have to try and step out of my comfort zone a little bit. It’s probably been more than I thought it would.”

Jadon Sancho was another name who arrived amid much fanfare last summer, with his signing viewed as a coup for Manchester United after a long pursuit.

Sancho had emerged as one of Europe’s most exciting talents across four seasons at Borussia Dortmund, providing 114 goals and assists in 137 appearances for the Bundesliga side.

His arrival, alongside the signings of Cristiano Ronaldo and Raphael Varane, was seen as a deal that could help the Red Devils challenge towards the top of the Premier League.

Sancho struggled to replicate his form in Germany during a challenging debut season however, failing to find his feet in a United side that performed below all expectations to miss out on Champions League football.

He failed to be directly involved in a goal across his first nine Premier League appearances and ended with just three goals and three assists for the campaign.

His performances have seen Sancho dropped from the England squad and he will be hoping for a fast start to the 2022/23 campaign with the World Cup in Qatar fast approaching. United will also be demanding more, after a modest return on their £72.9m investment so far.

Whilst the former duo were familiar faces to Premier League fans, Bailey was a name who had long been backed for a move to one of England’s leading clubs before completing a £25m move to Villa Park.

The winger had enjoyed his best Bundesliga season at Bayer Leverkusen in 2020/21, scoring 15 goals and providing 11 assists across all competitions.

Bailey began with flashes of his talent with a goal and assist in his opening three games for Villa, but from there his fortunes faltered. Form and fitness issues saw just one further goal involvement added across the remainder of the campaign.

Bailey forged a reputation as one of the Bundesliga’s best ball-carriers at Leverkusen and the hope will be that the Jamaica international can bounce back from a testing time at Villa so far.

Leicester’s capture of Jannick Vestergaard looked like a shrewd signing last summer, with the Foxes capitalising on the defender’s contract at situation at Southampton to secure a cut-price £15m deal.

The 29-year-old had been an imposing figure for the Saints the previous season and added much-needed presence to the Leicester backline, though his debut season proved disastrous as he struggled for form.

Having been signed to solve Leicester’s defensive issues, he formed part of a team continually undone with the Foxes’ 19 goals conceded from set-pieces the joint-most in the Premier League alongside Leeds and Everton.

Joe Willock’s spectacular form on loan at Newcastle in 2020/21 saw the Magpies turn his move from Arsenal into a permanent one.

The midfielder arrived on loan during the previous January transfer window and proceeded to score eight goals from just 11 league starts, a purple patch which helped the side climb away from the Premier League’s relegation battle and into mid-table safety.

Newcastle spent £25m to sign Willock on a permanent deal in the summer, but he was unable to replicate that form across his first full season with the club.

Willock scored just two goals and failed to provide a single assist in 29 league appearances, whilst the emergence of Joelinton as a box-to-box midfielder and the signing of Bruno Guimaraes has put his position in the side under threat.

The 22-year-old remains young and has time to improve, but will need to step up his performances if he is to remain part of the plans at a fast-moving and ambitious Newcastle side.