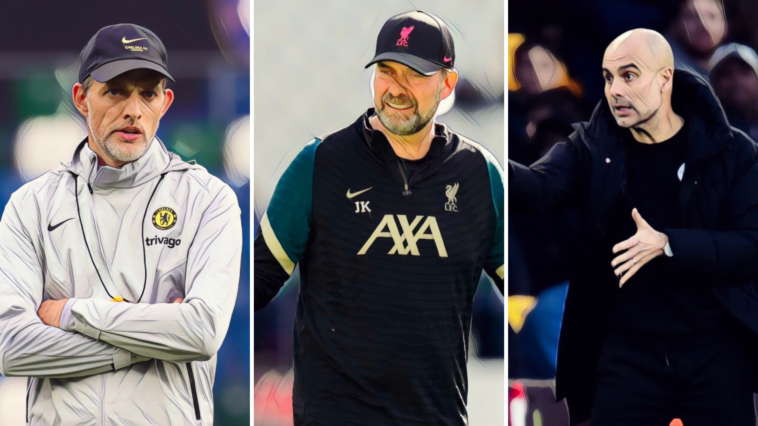 Premier League clubs have wasted no time in making moves this transfer window, with Manchester City, Liverpool and Tottenham among the clubs to have already secured statement signings.

English football’s ‘big six’ will all have ambitions of winning trophies and enjoying successful seasons in 2022/23, though the right recruitment is required to improve ahead of the new campaign.

We’ve decided to look at one position each of the big six clubs should strengthen before the closure of the summer transfer window.

The signing of a centre-forward has emerged as Arsenal’s priority this summer with a number of names having been linked with a switch to the Emirates.

Alexandre Lacazette has departed to sign for Lyon on a free transfer after scoring just four league goals last season, his exit following the sale of Pierre-Emerick Aubameyang to Barcelona in January.

Arsenal’s push for a top four finish faltered in the season’s final weeks as the Gunners struggled in the absence of a reliable goalscorer, whilst Eddie Nketiah is the club’s sole senior option in the squad at present.

Just five teams underperformed worse on expected goals (xG) than Arsenal last season, who ranked 11th in the division for goal conversion despite standing fourth for expected goals and shots on target.

Available, attainable and reportedly keen on a move to Arsenal, Jesus has emerged as the Gunners top target this summer. The Brazil international is keen to secure a more regular role than the one he has enjoyed at Manchester City, with the additions of Erling Haaland and Julian Alvarez set to further reduce his opportunities.

Whilst not recognised as an elite finisher, he has compiled a record of 95 goals from 151 starts across all competitions for City and at 25 has his best seasons ahead of him.

Comfortable wide or centrally, his work-rate off the ball would replace Lacazette whilst increasing the goal threat of the Gunners side.

Chelsea need defensive reinforcements after upheaval this summer, losing both Antonio Rudiger and Andreas Christensen on free transfers. Cesar Azpilicueta’s future also remains uncertain, whilst Thiago Silva will turn 38 in the opening weeks of the 2022/23 campaign.

At least one new centre-back is required for Thomas Tuchel, whose preference is to operate with three central defenders and use a wing-back system.

Reece James, Trevoh Chalobah and Malang Sarr have all featured among the three central defenders, but the departure of Rudiger in particular will be a major blow given the German’s domineering defensive presence last season.

Chelsea made a move for Kounde last summer before Sevilla’s change in stance saw the deal fail to materialise. The west Londoners retain their interest, but face competition from Barcelona who are reportedly prepared to use former Sevilla defender Clement Lenglet in exchange as a sweetener.

Kounde has emerged as one of Europe’s most promising defenders since moving to Spain in 2019, breaking into the senior France side.

The 23-year-old’s athleticism and drive out from defence could make a potent combination with Reece James, with Kounde an ideal candidate to fill the right centre-back role at Stamford Bridge.

Liverpool have made their moves early in the window, making a hat-trick of summer signings. Each of the deals represent planning for the future, though much will be expected of Darwin Nunez following his arrival from Benfica.

The 22-year-old has signed a long-term deal after arriving for a fee that could reach a club record £85m, whilst teenagers Fabio Carvalho (19) and Calvin Ramsay (18) will offer depth and long-term projects.

Midfield is also believed to be a focus for the Reds, though it remains to be seen whether their leading targets are attainable after missing out on Aurélien Tchouaméni to Real Madrid.

With Jordan Henderson, Thiago and James Milner all into their thirties and uncertainty surrounding the long-term futures of Alex Oxlade-Chamberlain and Naby Keita, the engine room should be the next point of focus for Jurgen Klopp.

Bellingham is believed to be a top target for Liverpool, with a sense of inevitability that the midfielder will eventually leave Borussia Dortmund for one of England or Europe’s elite.

The 18-year-old has made huge strides since swapping Birmingham City for the Bundesliga and has already earned 15 caps for England, whilst he was named in the German top-flight’s Team of the Season for 2021/22.

A move may have to wait until next summer however, with Dortmund reluctant to lose another key figure in the same transfer window after Erling Haaland’s move to Manchester City.

Manchester City boast arguably the most complete squad in world football, one which has been further enhanced by the arrivals of Erling Haaland and Julian Alvarez in attack.

A replacement for Fernandinho is needed to support Rodri and provide depth in midfield, whilst Pep Guardiola is understood to want a natural left-footer to compete at left-back.

Joao Cancelo shone on his unnatural side for much of last season, but a left-footed option could bring better balance to the side.

Guardiola is believed to be an admirer of his fellow Catalan, who would find the advances of Manchester City difficult to turn down.

What a video. 😂 Our Men's Players’ Player of the Season is @Cucurella3! 🇪🇸

Having failed to make the grade at Barcelona, a move to the Etihad would represent a second chance at one of Europe’s leading clubs for Cucurella, whose relentless running and intensity would provide a different option to the champions.

Midfield has long been an issue for Manchester United, whilst a wealth of exits this summer has only heightened the need for recruitments to arrive.

Erik ten Hag will be searching for the perfect conduit between defence and attack, with a workman-like midfield having been criticised for its lack of invention in recent campaigns.

Regaining and retaining possession has been a problem for a Red Devils side lacking identity and Ten Hag’s first task will be finding players who can help implement his desired style.

Familiar with Ten Hag’s methods after a successful period together at Ajax, the midfielder has been deemed a dispensable member of the Barcelona squad.

Hailed as one of the most exciting midfield talents in Europe ahead of his move to the Camp Nou, the chance to rework alongside a manager who brought the best from him could help De Jong in realising his potential.

Manchester United are discussing internally about submitting a new proposal for Frenkie de Jong in the next days. It’s a serious possibility, while talks with Barça are still on. 🚨🇳🇱 #MUFC

His ability to orchestrate passages of play is an attribute that has been lacking from the Manchester United midfield for some time.

Tottenham have made early moves in the window with the board having backed Antonio Conte with a number of shrewd signings.

Fraser Forster, Ivan Perisic and Yves Bissouma have all arrived through the door in north London, with Conte having made clear his desire for ‘six or seven’ new signings.

Centre-back is one area that requires an upgrade despite improved performances from Eric Dier and Ben Davies last season. Conte’s preference for a back three makes central defence a key area and Spurs have been linked with several marquee names.

Conte’s best teams have been built from the back, securing a solid foundation with attacking wing-backs providing outlets further up the pitch.

Chelsea and Inter Milan have also been linked with the Brazilian defender, who has developed a burgeoning reputation at Torino.

Last season the 25-year-old led Europe’s top five leagues for both interceptions (105) and possession won in the middle third, front-footed performances which saw him named as Serie A’s best defender.

In 2020/21, Cristian Romero made more interceptions (96) than any other player in Serie A and was named the Best Defender in the division.

In 2021/22, Bremer made more interceptions (105) than any other player in Serie A and was named the Best Defender in the division.

He has expressed a desire to leave Torino for UCL football and could follow Cristian Romero – named as Serie A’s best defender the previous season – to north London.