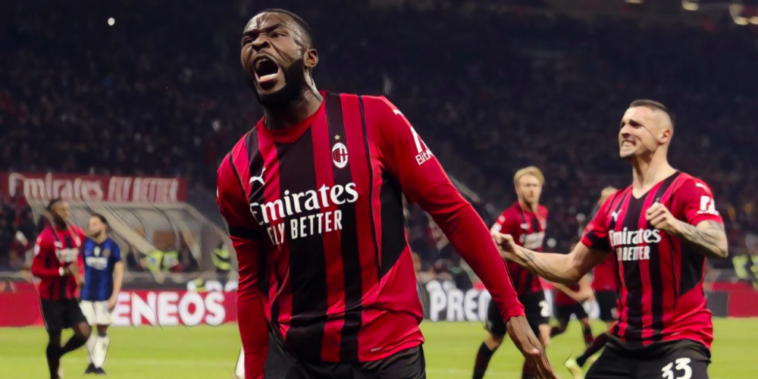 Fikayo Tomori has opened up on his development since swapping Chelsea for AC Milan ahead of Wednesday night’s clash between the two sides.

AC Milan go into the game at Stamford Bridge at the top of Champions League Group E after picking up four points from their opening two games, while Chelsea currently sit bottom after collecting just one.

The game will see Fikayo Tomori return to face his former side for the first time since his move to the San Siro in 2021, and the central defender said he had predicted the two teams to be paired together when the draw was made.

“I kind of knew we would draw Chelsea before the draw came out so the fact it has happened now is really exciting,” he said, as per the Mail.

“It was a suspicion. I just thought it would be Chelsea because I felt it would happen. When it came out I remember my friends were all saying you knew it, you knew it!’

“Coming from Chelsea, being English there is probably added motivation.

“Going back to Stamford Bridge, where it all started is a chance to show myself again.”

Tomori had looked like breaking into the first team at Chelsea under Frank Lampard, but saw his opportunities restricted following the arrival of Thomas Tuchel.

He initially joined AC Milan on loan in January 2021 before making it a permanent move that summer, going on to help the Rossoneri win their first Scudetto in 11 years during his first full season at the club.

The 24-year-old believes his move to Italian football has helped him add to his game, citing training with Zlatan Ibrahimovic as helping him to become a ‘tougher’ defender.

“In Italy they are notorious for being good defenders, tough to beat, being nasty, stuff like that. It’s definitely something I’ve picked up,” said Tomori.

“I think I’m cleverer. Little fouls or positioning yourself in a way that makes the striker think, those kind of things.

“Training with Zlatan you can’t really be too timid. You have to be a bit tougher, nasty in a sense. He has played against the world’s best so it’s going to make me better as a defender.”