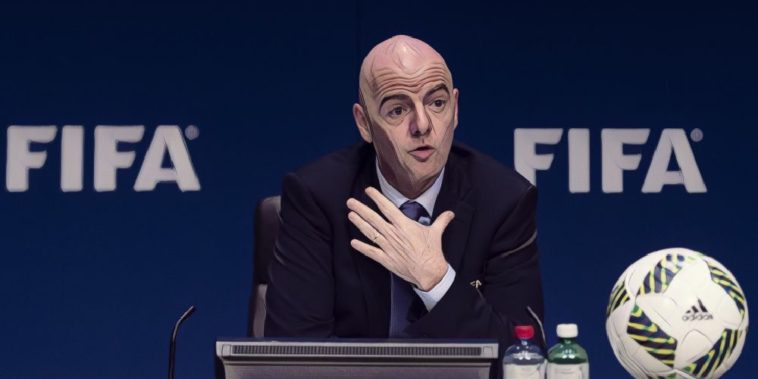 FIFA president Gianni Infantino has distanced himself from talk of a European Premier League and has outlined his global ‘vision’ for the future of the game.

News broke earlier this week about clubs being in discussions over the possibility of a lucrative cross-continental competition between the wealthiest sides in Europe, the likes of Manchester United and Liverpool amongst those to have held negotiations over a tournament reportedly backed by FIFA.

The proposals are believed to include working alongside domestic competitions but have largely been viewed as a power play by Europe’s richest clubs to increase their wealth, the prospect of the continent’s finest clashing on a more consistent basis promising huge finances as well as intrigue.

Infantino has, however, moved to distance himself from plans of a breakaway competition and says his focus remains on the Club World Cup and not a Super League, insisting inter-continental competition is what fascinates him most moving forward.

“As FIFA president, I’m interested in the Club World Cup, not the Super League,” Infantino said told the Press Association.

“For me, it’s not about Bayern Munich against Liverpool, but Bayern against Boca Juniors.”

FIFA have made plans to expand the format of the Club World Cup with a significant increase to 24 teams from seven continents next year, proposals having been made for a new tournament in China with huge prize money on offer.

Infantino says he is determined to expand the appeal of non-European clubs across the world, outlining his determination to have ’50 clubs’ capable of being crowned world champions, citing the difference between Liverpool and Flamengo, the two finalists in last year’s Club World Cup.

“I want clubs from outside Europe to have global appeal in the future. That’s my vision: to have 50 clubs and 50 national teams who can become world champions.”